Home  »  Website  »  International  » Opinion  »  In Their Shoes
View From Israel 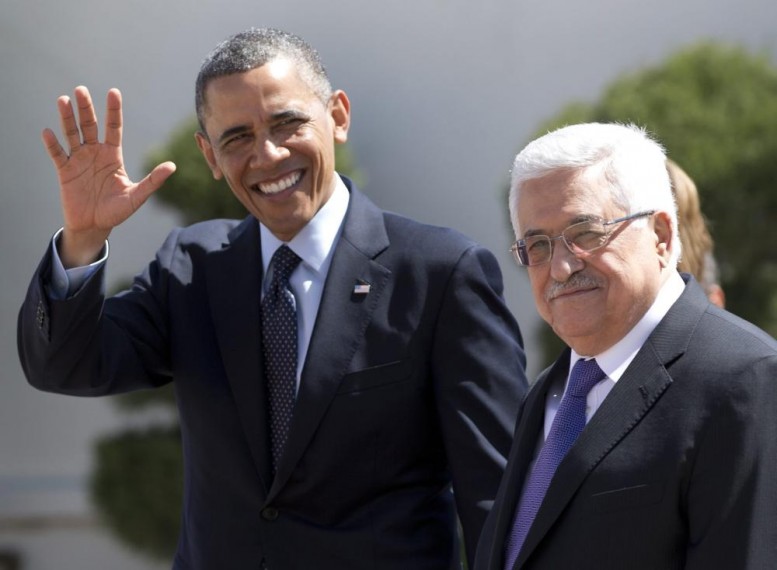 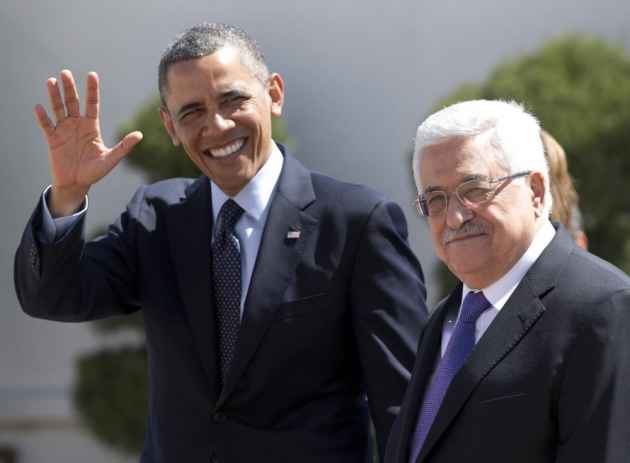 OBAMA IN ISRAEL: Every word right. Every gesture genuine. Every detail in its place. Perfect.

One cannot enter the Mukata’a without noticing the grave of Yasser Arafat, just a few paces from the entrance.

It is quite impossible to ignore this landmark while passing it. However, Obama succeeded in doing just that.

It was like spitting in the face of the entire Palestinian people. Imagine a foreign dignitary coming to France and not laying a wreath at the tomb of the Unknown Soldier. Or coming to Israel and not visiting Yad Vashem. It is more than insulting. It is stupid.

Yasser Arafat is for the Palestinians what Gorge Washington is for Americans, Mahatma Gandhi for Indians, David Ben-Gurion for Israelis. The Father of the Nation. Even his domestic opponents on the left and on the right revere his memory. He is the supreme symbol of the modern Palestinian national movement. His picture hangs in every Palestinian office and school.

So why not honor him? Why not lay a wreath on his grave, as foreign leaders have done before?

Because Arafat has been demonized and vilified in Israel like no other human being since Hitler. And still is.

Obama was simply afraid of the Israeli reaction. After his huge success in Israel, he feared that such a gesture would undo the effect of his address to the Israeli people.

THIS CONSIDERATION guided Obama throughout his short visit to the West Bank. His feet were in Palestine, his head was in Israel.

He walked in Palestine. He talked to Palestine. But his thoughts were about the Israelis.

Even when he said good things, his tone was wrong. He just could not hit the right note. Somehow he missed the cue.

Why? Because of a complete lack of empathy.

Empathy is something hard to define. I am spoiled in this respect, because I had the good fortune to live for many years near a person who had it in abundance. Rachel, my wife, hit the right tone with everyone, high or low, local or foreign, the old and the very young.

Obama did so in Israel. It was really amazing. He must have studied us thoroughly. He knew our strengths and our weaknesses, our paranoias and our idiosyncrasies, our historical memories and dreams about the future.

And no wonder. He is surrounded by Zionist Jews. They are his closest advisors, his friends and his experts on the Middle East. Even from mere contact with them, he obviously absorbed much of our sensitivities.

As far as I know, there is not a single Arab, not to mention Palestinian, in the White House and its surroundings.

I assume that he does receive occasional briefings about Arab affairs from the State Department. But such dry memoranda are not the stuff empathy is made of. The more so as clever diplomats must have learned by now not to write anything that may offend Israelis.

So how could the poor man have possibly picked up empathy towards the Palestinians?

THE CONFLICT between Israel and Palestine has very solid factual causes. But it has also been rightly described as a “clash between traumas”: the Holocaust trauma of the Jews and the Naqba trauma of the Palestinians (without suggesting equivalence between the two calamities.)

Many years ago in New York I met a very good friend of mine. He was an Arab citizen of Israel, a young poet who had left Israel and joined the PLO. He invited me to meet some Palestinians at his home in a suburb of New York. His family name, by the way, was the same as Obama’s middle name.

When I entered the apartment, it was crammed full with Palestinians – Palestinians of all stripes, from Israel, Gaza, the West Bank, the refugee camps and the Diaspora. We had a very emotional debate, full of heated arguments and counter-arguments. When we left I asked Rachel what, to her mind, was the most outstanding common sentiment of all these people. “The sense of injustice!” she replied without hesitation.

That was exactly what I felt. “If Israel could just apologize for what we have done to the Palestinian people, a huge obstacle would have been removed from the road to peace,” I answered her.

It would have been a good beginning for Obama in Ramallah if he had addressed this point. It was not the Palestinians who killed six million Jews. It was the European countries and – yes – the USA which callously closed their doors to the Jews, who were desperately trying to escape the lot awaiting them. And it was the Muslim world which welcomed hundreds of thousands of Jews fleeing from Catholic Spain and the inquisition some 500 years ago.

OUR CONFLICT is tragic, more than most. One of its tragedies is that neither side can be entirely blamed. There is not one narrative, but two. Each side is convinced of the absolute justice of its cause. Each side nurses its overwhelming sense of victimhood. Though there can be no symmetry between settlers and natives, occupier and occupied, in this respect they are the same.

The trouble with Obama is that he has completely, entirely, totally embraced one narrative, while being almost completely oblivious to the other. Every word he uttered in Israel gave testimony to his deeply-rooted Zionist convictions. Not just the words he said, but the tone, the body language, all bore the marks of honesty. Evidently, he had internalized the Zionist version of every single detail of the conflict.

Nothing like this was in evidence in Ramallah. Some dry formulas, yes. Some honest efforts to break the ice, indeed. But nothing that touched the hearts of the Palestinians.

He told his Israeli audience to “put yourselves in the shoes of the Palestinians”. But did he do so himself? Can he imagine what it means to wait every night for the brutal banging on the door? To be woken by the noise of bulldozers approaching, wondering whether they are coming to destroy your home? To see a settlement growing on your land and waiting for the settlers to come and carry out a pogrom in your village? Being unable to move on your roads? To see your father humiliated at the road blocks? To throw stones at armed soldiers and brave tear gas, rubber-coated steel bullets and sometimes live ammunition?

Can he even imagine having a brother, a cousin, a loved one in prison for many, many years because of his patriotic actions or beliefs, after facing the arbitrariness of a military “court”, or even without a “trial” at all?

This week, a prisoner called Maisara Abu-Hamdiyeh died in prison, and the West Bank exploded in rage. Israeli journalists ridiculed the protest, stating that the man died from a fatal disease, so Israel could not be blamed.

Did any of them imagine for a moment what it means for a human being to suffer from cancer, with the disease slowly spreading through his body, deprived of adequate treatment, cut off from family and friends, seeing death approaching? What if it had been their father?

THE OCCUPATION is not an abstract matter. It is a daily reality for two and a half million Palestinians in the West Bank and East Jerusalem - not to mention the restrictions on Gaza.

It does not concern only the individuals practically denied all human rights. It primarily concerns the Palestinians as a nation.

We Israelis, perhaps more than anyone else, should know that belonging to one’s nation, in one’s own state, under one’s own flag, is a basic right of every human being. In the present epoch, it is an essential element of human dignity. No people will settle for less.

FOLLOWING THE visit, Secretary of State John Kerry is now working hard to “prepare the ground” for a “resumption” of the “peace talks” between Israel and the PLO. Many quotation marks for something so flimsy.

Diplomats can string together hollow phrases to conjure up the illusion of progress. That is one of their main talents. But after a historic conflict lasting some 130 years, no progress towards peace between the two peoples can be real, if there is no equal respect for their national history, rights, feelings and aspirations.

As long as the US leadership cannot bring itself to that point, the chance of its contributing to peace in this tormented country is close to nil.

'All I Wanted Was A Moment Alone, To Sit And Weep'