"In Politics We Fight So Much. But For What?"

Najma Heptullah on the polite and reserved Lok Sabha Speaker. 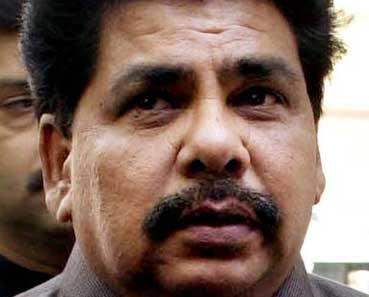 It was about 8 in the morning and I was home, working on my computer, when the phone rang. It was Sushma (Swaraj). There was shock in her voice. "Appa, Balayogiji ka accident ho gaya hai helicopter mein and he is no more." (Balayogi has died in a helicopter crash). I was stunned. I just could not believe it. Later I was told that there was a condolence meeting at Andhra Bhavan. I rushed there. Some MPs from Andhra and some Parliament officials were already there. I still couldn't take it in that Balayogiji was no more. Both Jaya Prada and I broke down even as we spoke of the unfortunate accident.

There are two photographs of Balayogi at Andhra Bhavan. In one he is smiling in the other he looks serious. I remember I used to tell him, Balayogiji before you became Speaker you had a smile on your face. But since then, your moustache seems to have drooped downwards because of all the tension. Your face has become serious. I really used to tease him about this!

He was a very reserved man. I interacted a lot with him on trips abroad. I remember we had gone to Moscow for a conference of the International Parliamentary Union (IPU). He was leading the Indian delegation. I noticed that he always ate his meals in his room and did not attend any of the receptions and dinners in the evening. He prefered to keep to himself. I advised him to attend the parties and after that he made it point to show up. He later remarked to someone: "Najmaji is a very decent person. She really looks after me."

During that conference I was elected Vice President of the IPU. Afterwards I rung him up and invited him to join us at an Indian restaurant to celebrate my getting elected. And he was so happy for me. "Why didn't you tell me? he asked. "We could have helped you and lobbied for you." Later on he nominated me as India's candidate for the President of IPU.

I saw more of him outside India than inside. As the leader of international parliamentary delegations he was always very conscious and considerate. He knew that some members are particular about their food - strict vegetarians - so he used to always ask the Indian ambassador to book the delegation in a hotel with an Indian restaurant or find one nearby. And he always took us out for a meal at desi restaurants abroad.

I have seen him grow in the Speaker's chair and gain in confidence by the day. He was quick to master the art of being firm but polite. Sometimes we used to call each other and share our agonies about happenings in both the Houses. He addressed me as Madam and I called him Speaker Saheb.

I remember once when we had to unveil a portrait at the Parliament House Annexe. The painting titled `Panorama of Change' showed Jawaharlal Nehru taking oath. Balayaogi invited Soniaji to honour the artist and give the shawl. It just shows the respect he had for her and for that matter for every MP in the House. It is no mean task to handle the Lok Sabha but he somehow managed to win everyone over.

The last time I saw him was on February 28. We had all gone to pay our tribute to Morarji Desai. We stood in one line -- the Speaker, myself, Deputy Speaker and Leader of Opposition. Balayogi was standing next to me and that day I had worn a very colourful shawl. He was quick to notice this. "Madam, today you are wearing a very colourful shawl." I laughed and later told him that I wanted to meet him and discuss about the oncoming IPU conference. He said we could meet for lunch when the House adjourns. He later cancelled the lunch since he was tied up with something that had suddenly come up.

My heart goes out to him and his family not only in my capacity as the deputy chairperson of the Rajya Sabha but also as an elder sister. When we flew to Hyderabad to pay our condolences Somnathda (Chatterjee) made a telling comment: "In politics we fight so much. But for what? We don't even know what the next moment has in store for us."

As I wrote in the condolence book tears were rolling down my cheeks. I have begun to dread Sundays. Jitendra Prasad, Rajesh Pilot, Madhavrao Scindia and now Balayogiji have all left us on what normally is the laziest day of the week.