In League With The Cops

Two-thirds of the alcohol consumed in India originates in the illegally brewed hooch, the English term for desi liquor, officially called tharra. 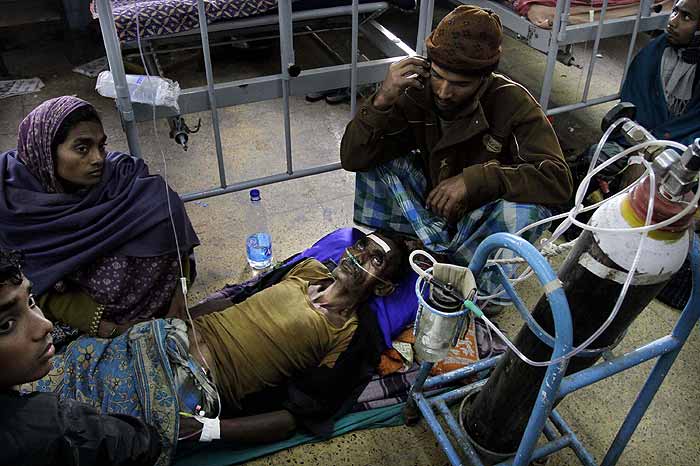 The projected 30 per cent annual growth in the consumption of legally brewed liquor in India during the first half of the current decade will not surprise many. [1] But what will raise eyebrows all around is the fact that —according to a study by The Lancet, the prestigious London-based medical journal—two-thirds of the alcohol consumed in India originates in the illegally brewed hooch, the English term for desi liquor, officially called tharra.[2]

This is the drink of the bulk of the crores of unskilled and semi-skilled Indians. Their ranks have multiplied in response to the escalating demand for labour at the ever increasing construction sites that have sprouted because of rapid urbanization. The exodus of landless peasants into cities and large towns has accelerated.

On arriving in a city, a farm hand feels dislocated, psychologically. In his village he lived in a neighbourhood where other members of his sub-caste did. He knew everybody else in the small community even though he did not socialize with those who were outside his sub-caste. Aside from the busy harvesting season, there was always time for leisurely gossip at the local open air tea stall. Now he found the city unbearably impersonal.

In the countryside he had fresh breeze to breathe, not the polluted air of a congested, vehicle-choked urban roads or the putrid smell of the slum. Almost invariably, he made the adjustment through the intermediate step of sheltering himself in the cocoon of the villagers from his native area who had settled earlier in the city of his choice.

Such had been the case with Lakshman Ram and Bharat Ram when they arrived freshly in Dehradun from a village in Bihar. They found temporary refuge in a slum near Bindal Bridge. On their first day as building workers along with other Biharis, they noticed that at the end of the working day their site was besieged by the vendors of tharra . Poured neatly into quarter litre pouches, it was priced Rs 5 a unit.

They followed their co-workers and bought a pouch or two. They found the first few sips pretty rough and the smell pungent, and coughed. But they needed to socialize with their comrades. So they continued. Eventually they got hooked. Every day they looked forward to a session of group drinking enlivened with gossip which released the tension of unremittingly hard labour.

Their wives lamented their lapse. Increasingly they resorted to snatching whatever cash they brought with them to the hovel. After all, they bore the ultimate responsibility for running the household and balancing the budget. A typical slum dwelling family spent 60 per cent of its budget on food and drink, 10 per cent on rent, 15 per cent on electricity (when available) and fuel, and the rest on footwear and clothing.

Despite the efforts of those who ran the charity tailoring school near the Bindal Bridge and other contacts of mine in Dehradun, I failed to find a place where hooch was brewed. It was much later in the slum of Nat Basti in central Jodhpur that I finally tracked down the recipe for it.

It was disclosed to me by Ramesh Nat, a tall wiry man with a thin moustache, in his late twenties, wearing well ironed shirt and pants. “We fill large spherical earthen pots with rotten jaggery [unrefined brown sugar] and water, and add ammonium chloride to speed up fermentation. We bury the mixture underground for seven days. Then we transfer it to other containers and distill it. The yield of 5 litres of alcohol is then diluted with water to turn it into 10 to 12 litres of tharra. The price is Rs 40 per liter or Rs 10 per quarter of liter (250 ml).” How was the business? “With all this building work in new colonies, the demand has gone up. People come to us to buy. We used to sell it for Rs 5 a quarter litre before.”

As a derivative of sugarcane, this rough, pungent drink is akin to unrefined rum, with alcohol by volume (ABV) of 40 to 50 per cent. The cheapest Indian rum, legally produced, sold for Rs 270 ($5.40) per litre, almost seven times the price of the moonshine version. By comparison, beer with ABV of 8 per cent was considered insipid, but it still cost four times as much as tharra. Even then, every so often, a distiller attempts to spice up his brew by adding some untried chemical which proved lethal, causing many deaths of the unsuspecting drinkers.

As a sub-caste, the peripatetic Nats were entertainers who entertained villagers with their acrobatics, juggling and singing. They brewed tharra for their own consumption. The onset of movies and TV made their traditional calling redundant. So they started settling down in towns and cities. Their slum with the moniker of Nat Basti was part of a bigger entity named Masuria Paharhi, established in the early 1970s.

“The police know what we do and where,” confided Ramesh Nat, the illicit brewer. “We pay them Rs 1,000 a week as protection money.” This was a nationwide practice. Following the deaths of 140 drinkers of tharra in Kolkata, the source of the liquor was traced to an illegal distillery in Mograhat, 50 km south of the city. Its residents pointed out that one shop selling this alcoholic drink openly was located opposite a police station.[3]

In short, the police were in league with the organized crime of illegal brewing: another fact of life in India which would surprise no one.