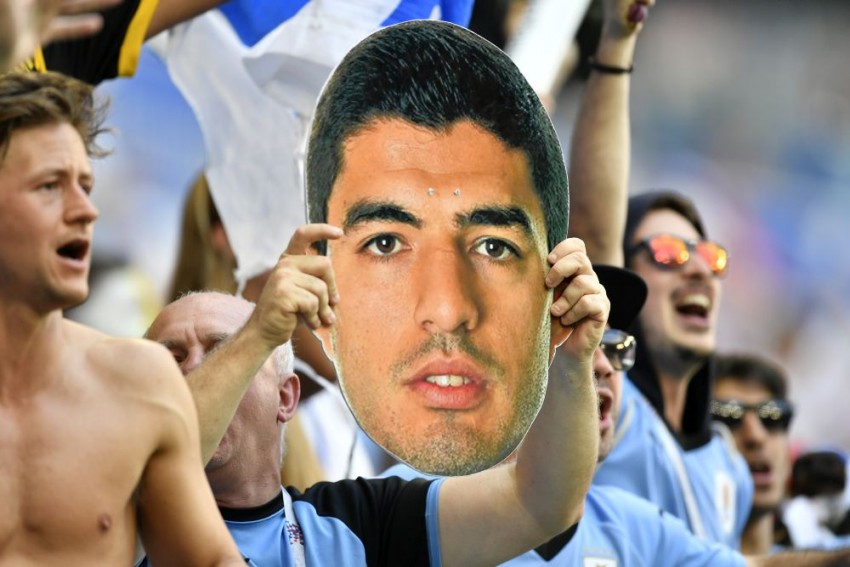 A fan holds up a picture of Uruguay's Luis Suarez ahead of the group A match against Russia at the Samara Arena in Russia on Monday.
AP Photo
Outlook Web Bureau 2018-06-25T19:03:01+05:30 In Final Group Match Today, Uruguay And Russia Eye Knockout Berth 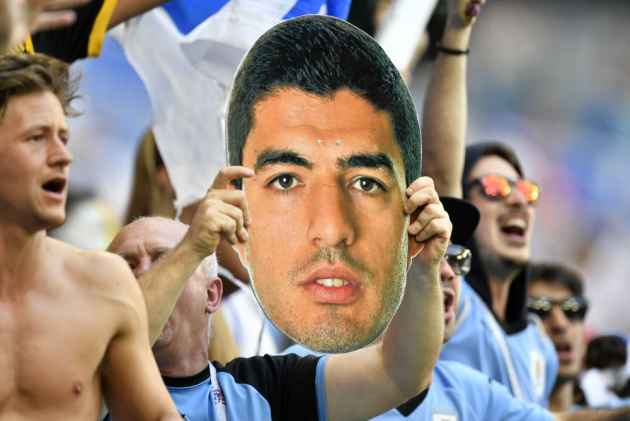 Two-time winners Uruguay and hosts Russia will aim to book their place in the knockout rounds of the ongoing 21st edition of the FIFA World Cup when they lock horns with each other in the third and final match of the tournament in Samara at the Samara Arena on Monday.

Uruguay will head into the match following a 1-0 win against Egypt and Saudi Arabia in their first two matches.

Hosts Russia, on the other hand, kicked off their campaign at the showpiece event with a 3-1 win over Egypt before they followed it up with a crushing 5-0 win over Saudi Arabia.

The encounter is crucial for both teams.

While Uruguay need to win the match if they want to finish the opening round as group winners, a draw for Russia would be enough to finish the group stage as leaders as they enjoy a superior goal difference.

In other matches of the day, sixty seventh-ranked Saudi Arabia will lock horns with 45-ranked Egypt in Group A at the Volgograd Arena.

Egypt are yet to open their account in the tournament, having lost to Russia and Uruguay in their opening encounters.

Walking on the same lines, Saudi Arabia are also without a win in the World Cup so far.

In Group B clashes, Iran will take on Portugal while Spain will be keen to continue their good run in the tournament with a victory over Morocco in the fourth and final clash of the day.

On a related note, following is the squad for Russia and Uruguay: