With a hung assembly in Uttar Pradesh, the focus is now on governor Vishnu Kant Shastri. Sutapa Mukherjee spoke to him. Excerpts: 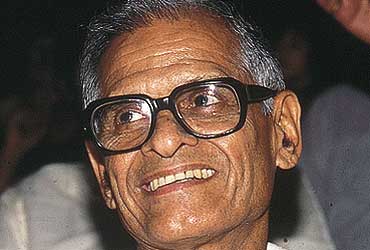 Once again the spotlight's on the governor of UP?
Article 164 of the Constitution clearly states that the governor shall appoint the chief minister. Nothing else has been explicitly mentioned. I know I have to exercise my discretionary powers under such circumstances. In the past, the governor has not played much of an important role as in most elections one party emerged with a clear majority.

Any preconceived plans on how to tackle a hung assembly?
Everyone should be convinced that the governor has taken the right decision. I have decided to speak to all parties before I exercise my discretion. I want to give everybody a fair chance and, finally, whosoever proves the majority will be called to form the government.

Many politicians allege that you appear to have a saffron inclination, will that influence you?
I am what I am. That has nothing to do with how I act as governor. I am an absolutely apolitical man when I am governor. My record as governor in Himachal Pradesh clearly shows that I maintain good relations with all parties and communities.

How long will you take to give your decision?
I will try to take a decision as quickly as possible, according to the expectations of the people. I believe a government should be formed as soon as possible. I have almost one month in hand.