Home  »  Website  »  International  » Reportage  »  'If Pak Fails To Act Against Terrorists, US Will Get It Done In A Different Way,' Warns Trump Administration

'If Pak Fails To Act Against Terrorists, US Will Get It Done In A Different Way,' Warns Trump Administration 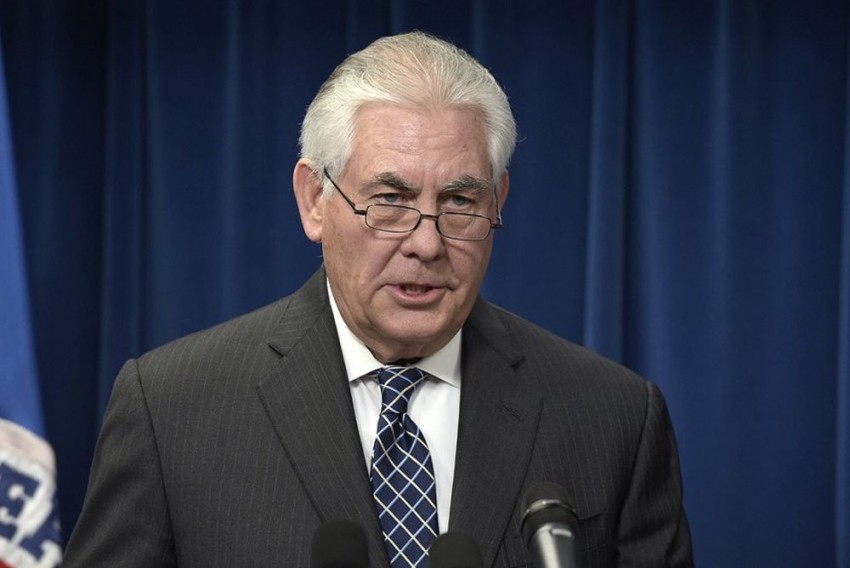 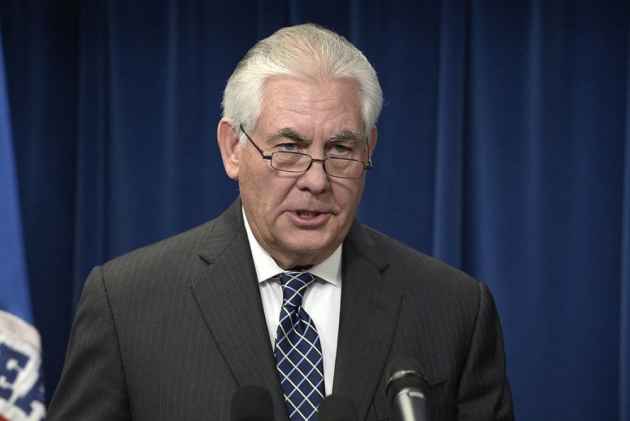 The Trump administration has firmly told Pakistan that if it fails to take "decisive" actions against terror groups, the US will "adjust" its tactics and strategies to achieve the objective in a "different way", a State Department official today said.

Secretary of State Rex Tillerson has told Pakistan that it must take action against terrorist groups and dismantle their safe havens on its soil, State Department spokesperson Heather Nauert told PTI a day after Tillerson concluded his maiden trip to Afghanistan, Pakistan and India.

"We have communicated our expectations to Pakistan numerous times that they must take decisive action against terrorist groups based within their own borders,” Nauert said.

At a news conference in Geneva, his last stop on the current foreign travel, Tillerson said the US had "a very healthy exchange of information on terrorists, which is what we really hope to achieve with Pakistan."

Tillerson said the message to Pakistan was: "Here’s what we need for Pakistan to do. We’re asking you to do this; we’re not demanding anything. You’re a sovereign country. You’ll decide what you want to do, but understand this is what we think is necessary. And if you don’t want to do that, don’t feel you can do it, we’ll adjust our tactics and our strategies to achieve the same objective a different way."

Tillerson said that he would not characterise his direct discussions with the Pakistani leadership as lecturing at all.

"It was a very good and open exchange. In fact, we probably listened 80 per cent of the time and we talked 20 per cent. And it was important to me, because I have not engaged with Pakistani leadership previously. And, so my objective was to listen a lot, to hear their perspective," he said.

"We put our points forward. We put our expectations forward in no uncertain terms. There has been significant engagement prior to my visit, and there will be further engagement in the future, as we work through how we want to exchange information and achieve the objective of eliminating these terrorist organisations, wherever they may be located,” Tillerson said.

Tillerson described his communication with the Pakistani leadership as very frank and very candid.

"We had the joint meeting with Prime Minister Abbasi and the full leadership team. And then I had a second meeting with Army General Bajwa and a couple of his close advisers, so we could have a more thorough discussion about some of the specifics," he said, adding that he thinks that it was a very open, candid and frank exchange.

"There's nothing to be achieved by lecturing, but we should be very clear about expectations and what we’re asking. And either people will step up and meet those expectations or they won’t. We are going to chart our course consistent with what Pakistan not just says they do but what they actually do," Tillerson said.

Noting that the future course of action would be based on conditions on the ground, he said the entire South Asia strategy is a conditions-based strategy.

Pakistan Foreign Minister Khawaja Asif in a meeting yesterday with National Assembly Standing Committee on Foreign Affairs said that Pakistan will neither surrender to the US nor compromise on its sovereignty.

Asif claimed that no specific "wish list" has been given to Pakistan by the US.

The US has given a list of 75 wanted terrorists and pressed Islamabad for going tough on Haqqani network.

Responding to a question on Asif’s comments, the State Department spokesperson said that Tillerson on his trip has put the US' "expectations" in front of the leadership of Pakistan.

The spokesperson said that Tillerson during his visit to Pakistan told its leadership that America wants to work with Pakistan in a "positive way" because it is also in Islamabad's interest in long-term. (PTI)