'I Call Myself A Contemporary Classicist...'

'... because I use tradition as a springboard to other things in my art,' says Anita Ratnam: 'Today, tradition is treated like a pond: stagnant and dull. We define tradition as what we can easily identify with, what makes us comfortable.' 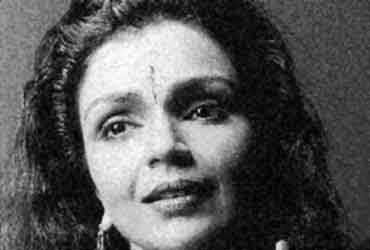 Dancer, choreographer, television personality, arts presenter, transcultural collaborator, writer and cultural activist… Over a three-decade long career as a performing artist, Anita Ratnam has worn many, many hats. And in each case, with distinction. Her media work in the US in the early 1980s won her Emmy and Ace award nominations, and she was honoured as "TV Ambassador" for enhancing American awareness of India. And when the Festival of India was held in the US in 1985, Ratnam wowed television viewers in India with her bubbly, vivacious reporting style.

These days, Ratnam’s creative energies find form in another kind of festival - The Park’s The Other Festival. This unique effort, held every year (alongside the celebrated annual festival of music and dance in Chennai), is billed as an avant-garde arts festival and showcases talented artistes from India and abroad.

Since it was first staged in 1998, The Other Festival has provided a platform to display new vocabularies in the visual and performing arts and has reached out to a crossover audience. This year's festival, held from December 1 to 7, includes poetry-reading by Zohra Segal; a contemporary dance by the Taipei Li-Yuan Chinese Opera Theatre from Taiwan; and a puppets, mask and actors' performance by Brigitte Reveili and A. Selvaraj.

Excerpts from the interview.

V. Venkatesan: You’ve positioned The Other Festival as a "path-breaking, icon-shattering, ground-shaking" expression of various art forms. Since the Chennai music and dance festival is associated in the popular perception with the preservation of decades-old "tradition", is The Other Festival making a conscious statement against musical and art tradition?

Anita Ratnam: No, we are not adversaries here. There is no confrontation at all. There is no thumbing one’s nose at tradition at all. I believe tradition is always evolving - like a flowing river. But we have manipulated it to suit our ends. We define tradition as what we can easily identify with, what makes us comfortable. Today tradition is treated like a pond: stagnant and dull.

In fact, a lot of my work is billed as contemporary, but till date they have not been been presented at The Other Festival, which is a forum for contemporary art forms. Instead, I perform this work every year at the traditional music and dance festivals in various sabhas (performance halls).

Chennai has been hosting traditional music and dance festivals for the past 75 years and becomes a hub of activity in the month of December. Weather-wise, Chennai is comfortable only then. We have timed The Other Festival for early December because it is convenient for visitors coming in for their vacations, people get festive and want to go out… it makes business sense.

As a corollary to the previous question, do you find ‘traditional’ forms of dance expression too stifling?

No, not at all. I only find that the modes of presentation today lack imagination. There is an inherent laziness to think and present work differently. But as a dancer myself, I cannot present a classical varnam anymore. I cannot be the traditional woman who is a suffering and pining victim… the spineless types. It is a question of repertoire, not form.

I call myself a contemporary classicist, because I use tradition as a springboard to other things in my art.

What inspired you to conceptualise The Other Festival?

My years of living in New York, my travels, seeing modern expressions of music, dance and theatre. Sitting together with a group of international Chennai-ites one evening in Chennai, over a cup of coffee, we discussed things and asked each other how about bringing a bit of this into Chennai and that’s how it started…

Has the popular, rasika-level response to The Other Festival been as good as the critical acclaim it has won in the past five years?

I am very pleased with the response: that such a new idea is gaining popularity slowly but surely among the citizens of Chennai is a positive trend. It is surely a sign that this is an idea whose time has come.

Your use of the term ‘rasika’ seems to refer to the kind of audiences that come for classical music and dance performances at sabhas. I won’t say that we have an audience of that nature. Instead, we have brought in a new audience that had stopped going to the sabha festivals - a sort of crossover audience who were bored with the usual fare and wanted something different. There are a lot more young faces and curious minds at The Other Festival.

The Other Festival is known to give a platform for avant-garde art. How well has this gone down with the audiences? Has there been an informed appreciation of the various art forms that are showcased?

The avant-garde attracts a niche audience, for sure. But that term is so European and can mean many different things. We are not trying to present this festival in its European interpretation. The term avant-garde can be a double-edged sword: the audience either likes new work or hates it. We are consciously trying to present it within an Indian context of cutting-edge work, work that is ahead of its time. So, The Other Festival attracts a curious, questing audience who knows this is not going to be spoon-fed entertainment but something they have to meet face on, with an open mind.

Is The Other Festival a commercial success? 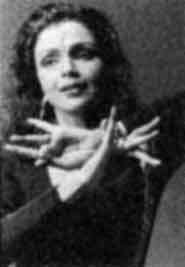 The Other Festival has not been a commercial success to date. We never expected it to, so early on. But last year, we covered almost 90 per cent of our costs. The deficit has been financed by my collaborator - Ranvir Shah - and I. Costs rise every year and artistes want five-star treatment too: we don’t mind giving that at all, but we certainly cannot afford to meet international travel fares as well as artistic fees and technical costs. So we have tie-ups with the British Council, Max Mueller Bhavan, Alliance Francaise and US Public Affairs, to help us co-present artists from their respective countries.

The number of people coming to The Other Festival has been growing every year, and daily passes are almost sold out every day. We notice that tourists and NRIs who are coming for the December ‘season’ in Chennai are advancing their dates to make it for our event too! Festival directors of international arts festivals are coming here to check out the contemporary Indian talent and several performers from The Other Festival have been invited abroad for contemporary performances there.

Corporate sponsors are certainly noticing the festival and its growing audience. But there are very few sensitive corporates who are willing to let us do our work without large ugly logos appearing on stage and in all our publicity. We are lucky to now have a Brand Sponsor in The Park chain of hotels who understands the nature of this festival and supports it so keenly. We have also received great support from HSBC and Airtel for the past three years.

On what basis are the performers in The Other Festival chosen? Are there certain artistic/aesthetic standards that you look for, or do you see it as a platform for any new art form or artist?

Since The Other Festival is very nascent, we are very conscious that we have to maintain a certain level. Yes, we do look for unusual work; even if it is only 15 minutes long, it finds a place in our schedule. We insist on a video with excerpts of work, we take reliable recommendations from fellow-artistes, we try to make it a balance of all the genres that we want to present: music, dance, drama, art. Sometimes, we find that unknown names have been a big hit, while established names have failed to impress. That is the unusual nature of this festival - that element of uncertainty!

Having said that, I still feel there aren’t enough new artistes with interesting contemporary work in India. They have grandiose ambitions but don’t understand what contemporary means: they think by taking an old theme and putting it in new costumes, they have a contemporary work. I think it will take a good 10 to 20 years before this movement gains momentum and finds its own place.

Has your positioning of The Other Festival as a platform for iconoclasm rankled ‘traditionalist’ practitioners of the arts? In what ways have they responded? How do you respond to their criticism?

Instead of anger or rankled feelings, The Other Festival has garnered curiosity, praise and even admiration from traditional practitioners. They seem amazed at the media interest with this event and the growing buzz it has generated. In fact, traditional gurus and senior dancers have even started attending select evenings and that speaks for itself.

The audience is very particular that we have an artist-audience interface at the end of every show, no matter how moving or boring it may have been. We find that this has become a most looked-forward-to part of the show: the performance may have been for only 20 minutes, but the interface goes on for more than an hour! We don’t insist that everybody has to stay on for it: the questions may be from a select few in the audience but the rest stay on to just listen and absorb.

Another request has been a growing demand by the artistes to be able to meet and interact with fellow artistes - away from media or public attention. Some want to stay on for the rest of the festival and watch other performers. But we find that accommodation and local hospitality demands for seven humongous days of work stretch our budgets and infrastructure too tight. We are trying to find homes from well-wishers who can put up artistes for a few days, guest houses etc. It hasn’t really clicked, but we are trying.

Is there any reason to believe that The Other Festival has inspired more such thought-provoking, debate-stimulating art festivals? Or has there been a backlash in defence of tradition? Also, has it influenced mainstream dance and other art forms in any way?

It has definitely stimulated the imagination of a lot of young dancers; they write to me asking for advice or for an opportunity to perform. A young dancer from Kolkata who came in to perform at The Other Festival has also started an international contemporary arts festival in his city called Interface.

We have received enquiries from artistes to take The Other Festival to other cities but we want to establish it in Chennai first and not try to grow too quickly. We don’t want it to be used for self-publicity by a presenter in that city. We want to retain the democratic nature and tone and tenor of the festival and for it to resonate from Chennai itself.