'I Am Optimistic About Both Poetry And Humanity'

The 2013 Jnanpith award winner on his evolution as a poet, the changing Indian village, his poetry and its concerns

Born in 1934 in the small village of Chakiya in Baliya, Uttar Pradesh, the well known Hindi poet Kedarnath Singh came of poetic age in the Ajneya edited Teesra Saptak. His muse is suffused with the shades of the village and the warmth of love, the sorrows of the farmer and a concern for the present. For his contribution to literature, he has been chosen for the prestigious Jnanpith award for the year 2013. This is the 49th Jnanpith award and Kedarnath Singh would be the 10th Hindi litterateur to receive it. On this occasion, he spoke to Outlook Hindi's feature editor, Akanksha Pare Kashiv on both poetry and its concerns.

You started your writing career with songs and then moved on to poetry. Was there was a reason behind this shift in form?

No, this is no shift. The form remains poetry. I don't differentiate between poetry and song as the latter is also poetry. It is unfortunate that in Hindi we view the two as separate things. We have a great tradition of songs. The great poets Surdas and Tulsidas wrote songs. The separation of song from poetry is completely unwarranted. I haven't written too many songs, though. Just a few. I started writing when Chhayavad (neo-romantic movement in modern Hindi poetry) had already ended. Even progressivism was coming to a close. Nai Kavita (New Poetry) movement had just begun and what shape this new poetry would take was yet uncertain. Writing songs was much like baring one's heart. A country lad, I am still connected with the village. Folklores and folk traditions survive somewhere within me. My father was deeply interested in music and perhaps I inherited that sanskaar. When I started writing, Chhayavad was just a remnant of itself. So I wrote some songs. In the beginning I thought this was poetry. Later I figured that in this day and age this form is inadequate for any poet who has anything worthwhile to say. I was reading Ghalib then. I am a big Ghalib fan. I read a verse of his:

Which means: For what I want to say, the Ghazal is a very small format. To express myself, I need more elaboration. This made an impression on me, and to this day for me that verse remains meaningful. I shed the structure that suffocated me and what I wanted to articulate. I also shed the rhythm and metre I had acquired. Then I connected with the new form and tried to explore my own idiom there, so that what I expressed would essentially be my own voice.

Your poetry is about the village. So is Nagarjun’s and Kedarnath Agarwal's. Where do you find yourself different from them?

Nagarjun was a bilingual poet. He was as much a poet of Maithili as of Hindi. He was steeped in the traditions of Vidyapati. What Nagarjun had, no one else did. He had poems of myriad colours. I consider him a major poet. He was remarkable. He had a unique way of looking at poetry. Kedarnath Agarwal was also a big poet. He wasn't quite a straight forward village poet, though. The place where he came from, Banda, is a small town. There is a special small town ambience about that place. He was close to the common man and that reflected in his poetry. I am a poet of the river banks. I come from Bhojpur which is a very poor and backward area. It is only now that some shoots of life are beginning to show there. I was brought up in the lowlands by the river. It made an impression on me. You can see this influence in my work. I think it is the difference in soil and the difference in life that has made all the difference.

What difference do you find between the village you have created in your poetry and the village of today? Do you think villages are over or that they have changed? Or do you believe that villages are still relevant and alive in literature? 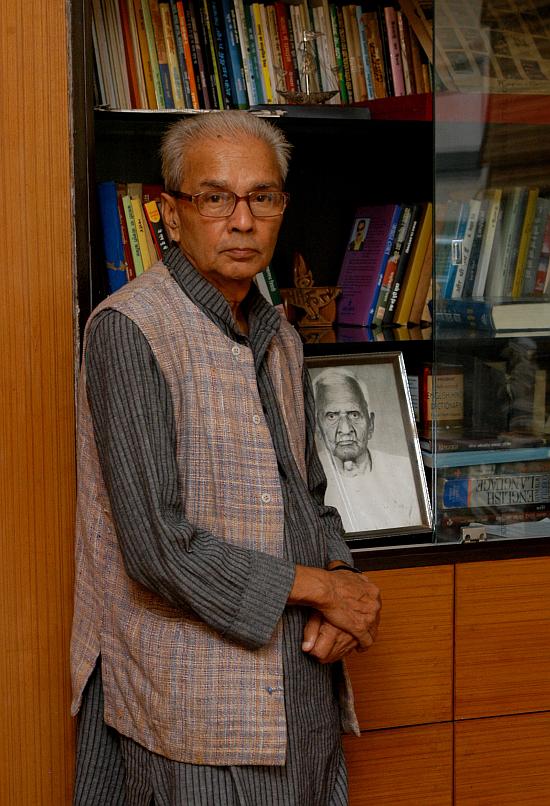 Between then and now, villages have undergone a lot of change. If I talk about literature, then villages are still being written about. A lot of new people are doing well. I also take inspiration from them because if you close your eyes to the new, then how will you see ahead? Of course, ground your feet firmly in your tradition but you must also always look ahead. Villages may be coming to an end but village life still exists. Writers are communicating the problems of the village to small towns. Villages have changed beyond recognition. I could not even recognise my own village. When I returned from there, I wrote a poem on how the village had changed. Cities are forcing villages to change. And the market is forcing the cities to change. Now we don't live in cities or villages but in the market. The market seduces with many temptations. It is cutting off the farmer from his land. We are getting alienated from culture. People will go to cities from villages and work as labourers but won't stay back in the village and cultivate land. They will somehow manage on the footpath or live in a slum. This is the reason why villages are coming to an end. A village must try and remain a village, just like in China. China has not let its villages vanish.

In an interview, you had said that you find yourself close to the poet Trilochan.

I also liked Muktibodh. But by the time I came to Benaras, he had already left. I have also met him but never had a chance to communicate with him. I will always regret that. I had already been introduced to Trilochanji. His son and I lived in the same hostel, which is why I had the good fortune of meeting him on many occasions. He was a very good guide and mentor. He had an infallible understanding of poetry and language. Once he scolded me gently and said, "There's something wrong with your language. Work on it. There is a boy in your class. He isn't good at studies but his language is very good." This was something very new for me. Before this, I had never seen anyone so insistent about language. He even knew that there is a boy sitting at the back of the class, who wasn't good at studies but was good with language. I used to have a lot of questions. I would call him up and his answers would satiate me. He was very knowledgeable. About poetry, about Urdu and Sanskrit. I shared a warm, personal relationship with him.

I have done my PhD on the imagery of Chhayavad. But imagery was never my main goal.

Poet, teacher, critic—which role is the closest to you?

I have written only a bit of criticism. Essentially, I am not a critic at all. I have hardly written anything but poetry. Yet I don’t know whether I can be called a poet at all. When it comes to poetry, I am still not sure of myself. The day I am, it will be the end of me. Being a teacher is a great responsibility. What am I? This question always haunts me. The day when I find out what I am, it will be a big day.

Compared to the world poetry, where do you see Indian, especially Hindi poetry? 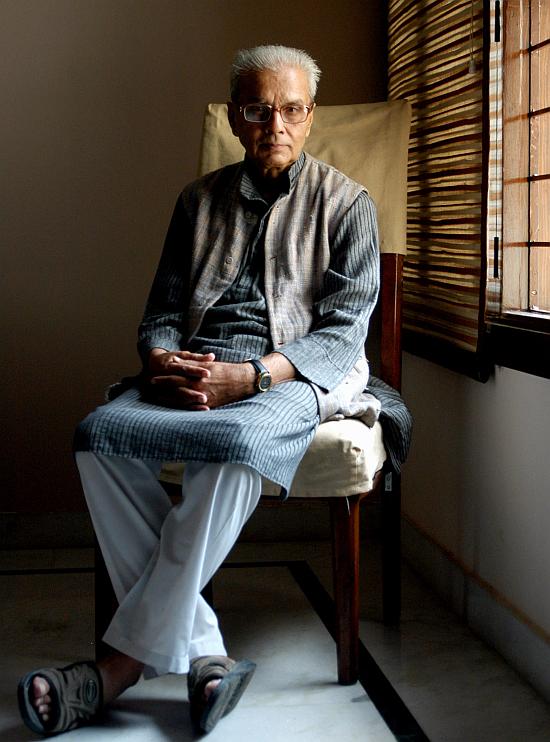 I don't know the poetry of the entire world. But based on what I know, I can say that there is much variety in Indian writing. If you bring together all the poetry from North to South, East to West, you will find that the myriad colours of Indian poetry cannot be found anywhere else in the world. A while ago, I was reading a Tibetan poem, the essence of which was, "I stay in India but no one considers me an Indian and I am not a Tibetan either". If this poem doesn't reach people, how will one know what is being written? There is variety in Indian writing. Quality can be a separate question. But right now the question is about expansion and popularity. In India, it is unfortunate that we are short of good translation. Bulgarian is a very small language but if any good work gets published in it, it is immediately translated. Indian literature did not get the recognition it deserved. Indian literature should also be translated properly. It is this lack of good translations that made Khushwant Singh remark after reading Premchand’s Godaan, "This is a very mediocre work".

Poetry is vanishing. Literature is dying. It is going further away from common readers. Only a few associated with it take interest in it...

This is a significant question that needs to be asked. It cannot be said that literature is entirely coming to an end. This being called the reader, his sensibility is being diverted. Media has an important role to play in this. Media is blunting the reader's sensibility or trying to distort it. Now literature has to maintain a delicate balance between seriousness and popularity. I am sure this will happen in the days to come. I am very optimistic about both poetry and humanity.

(Those in bold show the awards won by Hindi writers)