The Sarojini Devi Eye Hospital has had surgeries that went wrong but this time, doctors at the Hospital blame saline used in post-operative care. 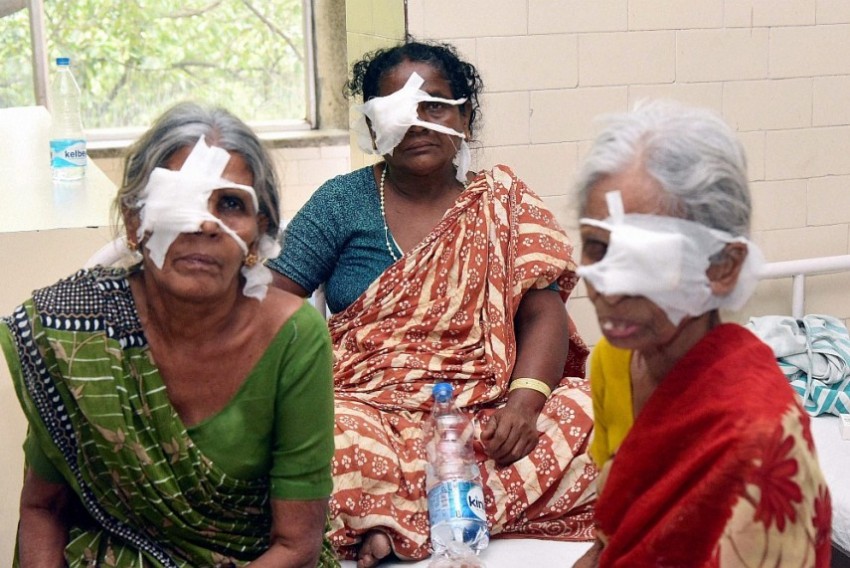 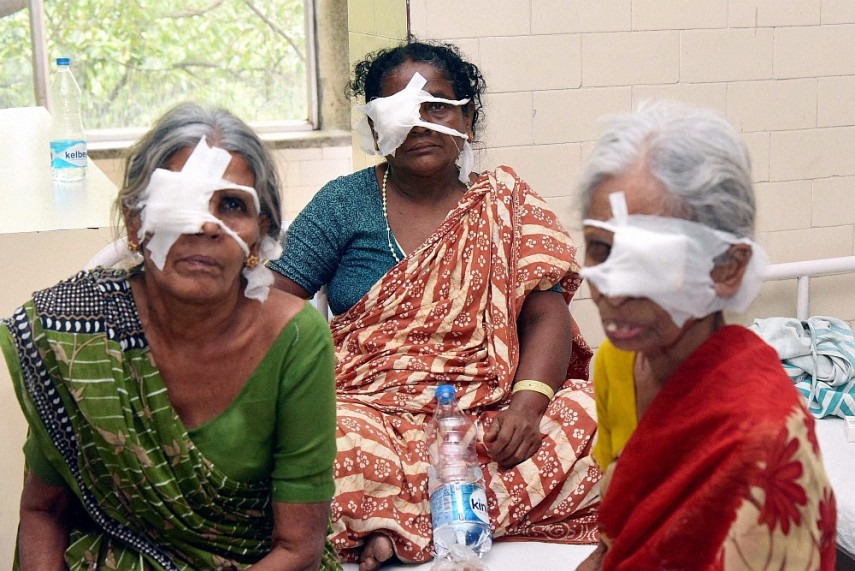 The botched cataract surgeries on 13 patients at Sarojini Devi Eye Hospital in Hyderabad, leading to partial blindness in five patients has got the Telangana administration and doctors worked up.

The Telangana Government Doctors Association (TGDA) strongly defended doctors at the hospital. TGDA’s Dr B Ramesh says Dr Sudhakar Reddy of SD Eye Hospital, one of those who operated upon the patient, is a respected and experienced surgeon. The patients are all elderly and from lower income groups. Doctors and administrative staff of SD Eye Hospital have squarely blamed contaminated bottles of Ringer's Lactate saline solution which is used for ocular irrigation in cataract surgeries. They state that three batches of RL solution (batch numbers 16,831, 16,832 and 16,833) have been found to contain the deadly Klebisella bacteria which infected the eyes of patients. In all, 9,76,000 RL Saline bottles were sourced by the Telangana government from Nagpur-based Haseeb Pharmaceuticals at a cost of Rs 12-13 a bottle.

After the SD Eye Hospital incident, around 29,000 RL bottles in Niloufer Hospital which belonged to the above mentioned batches were withdrawn. Doctors at Niloufer apparently spotted a cloudy fungus-like formation in the RL Saline bottles.

While relatives of patients say the doctors and SD Eye Hospital ought to be punished for negligence, doctors say they are blameless because they have no way of making out if a saline solution bottle is bacteria-infected. "What most doctors do is to ensure that the saline is not past its expiry date. We have no means of testing if there are any microscopic organisms inside," says Dr B Ramesh.

The general practice in private hospitals is to use only one saline solution bottle per patient. But in the case of government hospitals, such as the SD Eye Hospital, one RL bottle can be used for five or six people during mass cataract surgeries.

On September 12, 2013, the West Bengal government had banned distilled water supplied by Haseeb Pharmaceuticals Pvt Ltd and had issued a "red mark" label. However, the same company continued to supply drugs to the erstwhile united Andhra Pradesh and now Telangana over the last 10 years.

The Telangana Medical Services and Infrastructure Development Corporation (TMSIDC), initially the APHMIDC in the then AP, handles medical tenders. The argument of doctors associations’ is that life-saving medicines should not be subject to rate-sensitive tenders.

Doctors also point out that the TMSIDC is primarily a body of engineers and non-doctors which is meant to supervise building and repairs of hospitals and primary health care centres. But strangely, it is this body which is the sole authority on medicines and medical equipment contracts. Hospital superintendents have no say on what medicines come into government hospitals. The TGDA insists a quality control medical officer be appointed there to supervise such tenders.

The Telangana Drug Control Administration and other laboratories are conducting investigations as also the police after complaints by patients' relatives.

Incidentally, earlier too, there were surgeries which went wrong in SD Eye Hospital. In August, 2010, five of 24 patients who underwent operations at SD Eye Hospital complained of infections. At the time, the SD Eye Hospital Superintendent, Dr Vidya Vati, had said that it was difficult to pinpoint the exact cause of infections during such surgeries. In the recent incident, however, the doctors seem to be very sure that bacteria-infected RL Saline is the cause.

The State Human Rights Commission has also taken up the case suo motu and has issued notices to the Principal Secretary, Medical and Health of Telangana and to the SD Eye Hospital superintendent to submit a comprehensive report before July 21. 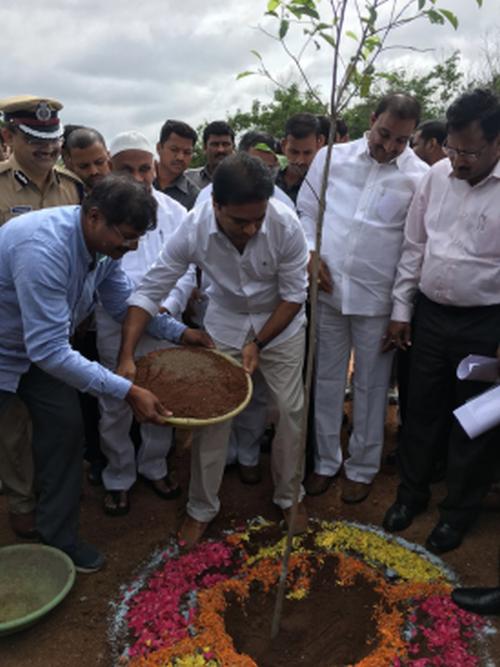 The second leg of Haritha Haram, the KCR government's drive to turn Telangana into a green state, was launched on July 8. The programme aims to improve forest cover from 24% to 33%, to plant and protect 230 crore saplings in four years and to plant 46 crore saplings this year. About 25 lakh saplings will be planted in the Twin Cities on July 11. Chief Minister K Chandrasekhar Rao launched the programme in Nalgonda district since it has the least forest cover in the State, only 5.8%.

KCR said people themselves were to be blamed for the monkey menace in towns and villages. "People complain of monkey menace and ask the government to trap these animals. We don't harm monkeys since they represent Lord Anjaneyaswamy. We have encroached into forests and deprived the monkeys of food and shelter. We hope that through Haritha Haram, rains in the State will be bountiful, monkeys would go back and all schools will turn green," said the Chief Minister.

Meanwhile, citizens of Hyderabad are delighted that neighbourhood parks are being spruced up as part of Haritha Haram. Saplings and trees are being planted in neglected, derelict parks. Sure is a time to breathe in fresh air what with the monsoon also keeping its schedule.

Parineeti Chopra, who is not exactly going places in Bollywood, was all set to make her Telugu film debut opposite superstar Mahesh Babu in A R Murugadoss's next film. But the actress reportedly did not get along too well with the makers. Her starry behaviour has now landed Rakul Preet instead in the role. In the meantime, Nagarjuna's son Naga Chaitanya and actress Samantha are likely to announce their engagement soon. Nagarjuna’s second son Akhil is seeing Shriya Bhupal, a fashion designer and daughter of industrialist Shalini Bhupal. Shriya is the granddaughter of top businessman G V Krishna Reddy. Akhil, who is 22, debuted with a flop film named after him Akhil – The Power of Jua. The movie, directed by V V Vinayak, was the worst-ever debut of a star son in recent times. It is believed that Nagarjuna feels Akhil must give his career some more time before he gets hitched.