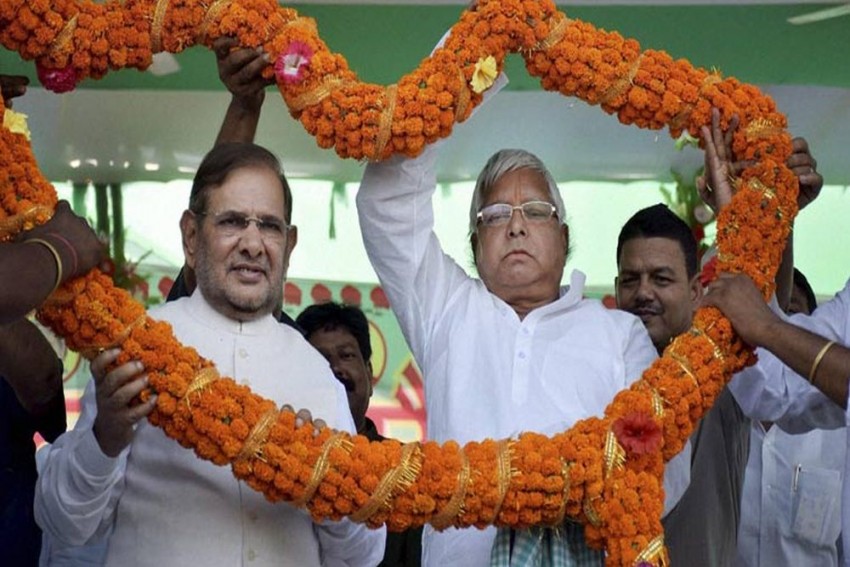 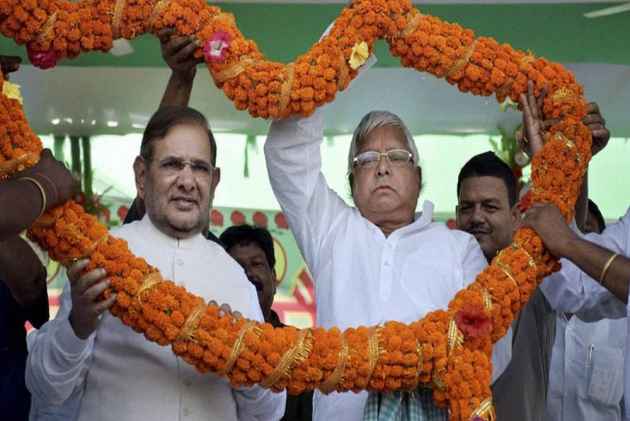 Addressing the gathering at Rashtriya Janata Dal's (RJD) anti-BJP rally in Patna, Sharad Yadav said, "I am hurt due to the fall of the Grand Alliance government in Bihar, but I promise to build another one at the national level."

"Mahagathbandhan (alliance) was given a five-year mandate by the people of Bihar based on its policies, principles and the cumulative leadership that we presented. This was also a mandate against the BJP and the leadership of Prime Minister Narendra Modi," he said.

Sharad concluded his speech with the words - 'Inquilab Zindabad', averring the country is in danger and the struggle will continue.

"Earlier it was rally of the RJD, but now it has become a rally of Mahagatbandhan (grand alliance) to save the country," Sharad Yadav, who is staring at an expulsion from the party for defying orders, told reporters at Jay Prakash Narayan Airport in Patna on his arrival on Saturday.

Asked about his party warning that participation in the rally would invite action against him, Sharad Yadav refused to make any comment saying "Kuch nahi bolna hain" (I have nothing to say).

Meanwhile, a lot of other senior leaders from other parties also shared the dais with RJD leader Lalu Prasad.

Earlier, the RJD chief said that the rally would be an important event ahead of 2019 Lok Sabha polls in which a united opposition would throw the BJP out of power.