Pakistan's campaign was already jeopardized by an injury blow to skipper Muhammad Rizwan Senior and a one-match suspension to his deputy Ammad Butt. 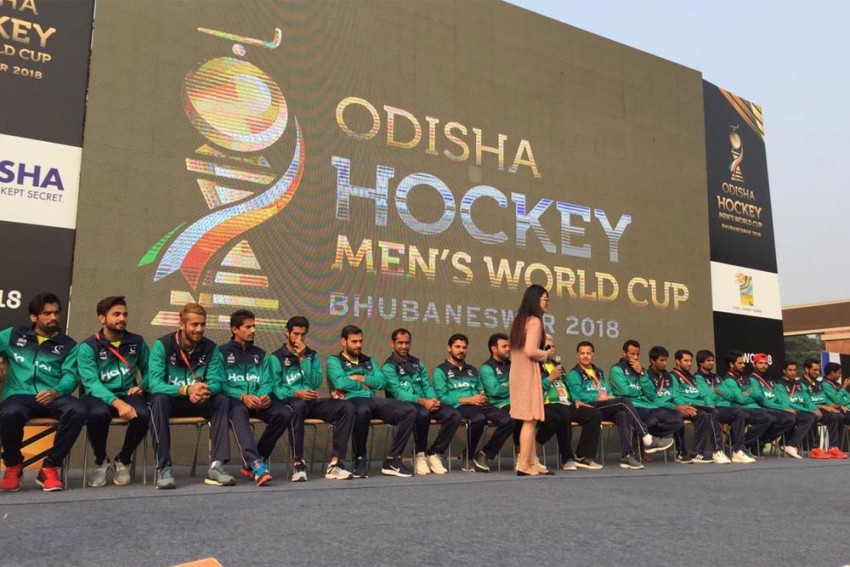 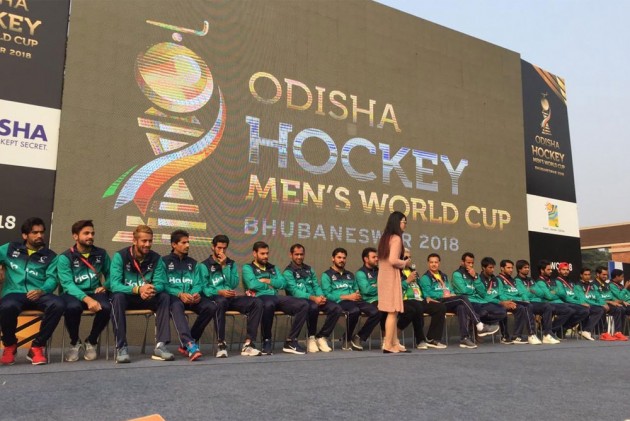 There's no end to Pakistan's woes at the ongoing 2018 FIH Men's Hockey World Cup in Bhubaneswar.

Pakistan's campaign was already jeopardized by an injury blow to skipper Muhammad Rizwan Senior and a one-match suspension to his deputy Ammad Butt. But it became worst after the Hockey India initiated an inquiry against assistant coach Danish Kaleem for breaching security protocol.

According to a PTI report, the Hockey India has now lodged an official complaint with International Hockey Federation's Technical delegate Christian Deckenbrock of Germany against Danish for breaching security protocol and misbehaving with security persons inside the stadium.

Pakistan's chief coach Tauqeer Ahmad Dar admitted things are far from rosy for his side on and off the field ahead of their crucial Pool D match against the Netherlands on Sunday.

"The last few days have been very hard. Most energies are being wasted on things other than sports," said Dar told reporters after a practice session here on Friday.

"One of our main players, our skipper has fractured his toe and is out of the tournament. Our vice-captain has been banned by the Technical Delegate. The reason we have no clue. There was no action taken on the ground. No penalty corner was given and no green card was given.

"One more inquiry about our coach that has been lodged by Hockey India. A new enquiry every day," he added.

Explaining the reasons behind the inquiry, Dar said: "Me and Danish sit on the terrace and watch the match. And we communicate with walkie talky to Hasan Sardar (manager) and Rehan Butt (assistant coach).

"At half time against Malaysia, I had sent him (Danish) with some notes to Hassan bhai. And when he was coming back, he was stopped by the security and they asked for his accreditation card.

"Unfortunately, he forgot his card at the dressing room but the security people misbehaved with him. Yesterday they (Hockey India) lodged a complaint," he added.

Dar termed Ammad Butt's suspension as completely unfair and said one of the Pakistani players got stitches on his head after being hit by a Malaysian player but no action was initiated against him.

"Hassan Sardar was emailed in the morning that there is a decision pending against Ammad Butt and that he has done something very wrong," he said.

"He went to the enquiry, but there is no evidence but that is the decision of the Technical Delegate. We have appealed against that and I hope sanity prevails.

"He was shown a video for just two or three minutes. It shows a Pakistani rusher trying to save a PC. A Malaysian forward is trying to score. One of our boys Abu Bakr got stitches because of a stick from a Malaysian boy. But that's ok. It's hockey, not ping pong," the coach said.

Dar said the off-field issues are having an adverse effect on the Pakistani players.

"We are in bad shape mentally. We are focusing on things other than the ground. We are discussing who is going to come because of injury. Our top two are out of the ground," he said.

"18 players and 2 are not there. Only 15 left for the match against Holland. It is a major handicap as we are minus 1 tyre of a car against the Netherlands, one of the toughest teams in the tournament," the former Olympian said.

Talking about their match against Malaysia, Dar said: "I think we are here because of mental strength. They played extremely well, more than their ability.

"Against Malaysia, we were in a street fight. Roelant (Oltmans) knew all our players. He knew all their tactics and structure and how they would take penalty corners, individual skills. It was a street fight and luckily we survived."

Four-time champions Pakistan are currently placed third in Pool D behind the Netherlands and table-toppers Germany and they need at least a draw against the Dutch to avoid early ouster from the tournament.

"Pakistan cannot beat Holland on skill right now or on physical fitness. It is only the mental strength of the boys and the passion for hockey. The difference between their grassroots and our grass roots is like 300 per cent," Dar said.

"We have talked to the boys what is going on off the field. We have said that you should be fully motivated. The place to take revenge is here. If they play according to their capacity and go beyond it, we can give a tough fight to Holland."