Home  »  Website  »  National  »  'Hilarious And Humbling To Be Bracketed With Tolstoy': Writer Of 'War And Peace' Bombay HC Referred To

'Hilarious And Humbling To Be Bracketed With Tolstoy': Writer Of 'War And Peace' Bombay HC Referred To

Biswajit Roy, the writer of the book in question and journalist with over 35 years of experience, says his book was written in the context of the 'Maoist movement in Bengal's Jangalmahal, the Lalgarh movement.' 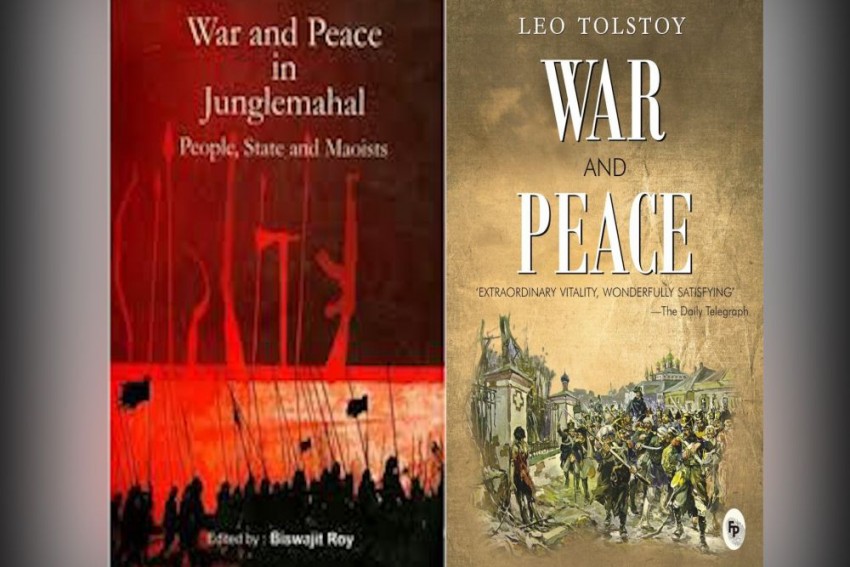 Covers of Biswajit Roy's book on the left and Leo Tolstoy's on the right.
Mirza Arif Beg August 29, 2019 00:00 IST 'Hilarious And Humbling To Be Bracketed With Tolstoy': Writer Of 'War And Peace' Bombay HC Referred To 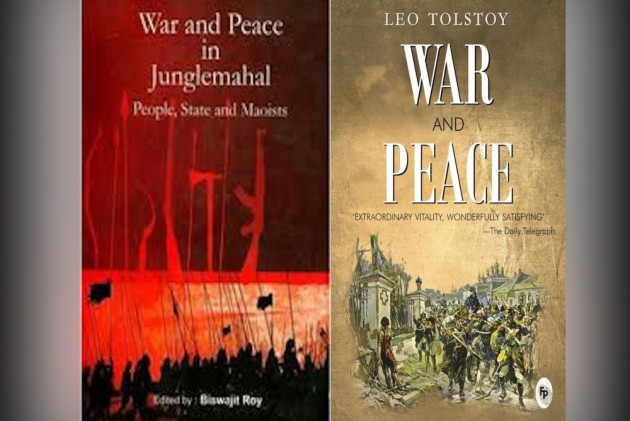 A day after Bombay High Court judge Sarangi Kotwal asked Vernon Gonsalves, an accused in the Elgar Parishad-Bhima Koregaon case, why he kept a copy of "War and Peace" at home, he clarified his reference wasn't to Leo Tolstoy's classic but another book by the name "War and Peace in Junglemahal: People, State and Maoists".

The book it turns out was authored by Biswajit Roy, a Kolkata based journalist with over 35 years of experience.

Recently out of the hospital and battling ill health, Roy has been further rattled on finding his book, published several years ago, pitchforked into an unseemly controversy. Speaking to Outlook, Roy said his book was written in the context of the "Maoist movement in Bengal's Jangalmahal, the Lalgarh movement."

He describes his book -- published in 2012 -- as a "conflict-resolution study," which was originally planned for the Frontier magazine which has been running for over 5 decades.

"I tried to get the views across the political spectrum, particularly those on Naxalite movement and civil rights movement, on why the talks were failing," he said, adding, "where lies the role of the government, state and non-state actors."

In the process of writing the book, Roy said he tried to get a sense of the "ground reality" of the Naxalite movement, and the reasons why successive attempts to broker peace "failed" across India.

While some articles in the book were supportive of the Maoist movement, others were critical of both -- the movement as well as the state policies, Roy said.

"I can't say anything against the High court; I have every faith in the judiciary and its infinite wisdom," Roy said, adding his only "submission" would be that as a journalist, "I have tried my best to focus on the issues which both the public and the policymakers in the government must look into."

When asked if his book had any reference to wars in other countries, Roy said he had incorporated certain annexures to give a sense of what was happening in other countries -- from Nepal to Columbia -- and how peace processes were initiated there.

The book, Roy said, also sheds light on the failures of everyone involved in this conflict. "Were the governments failing? Were the Maoists or the armed groups failing? Did the mainstream media fail? Was the civil society failing?" he said.

Roy concluded, saying he never thought he would see a day when Tolstoy and he would be bracketed together, adding it was hilarious and "humbling" at the same time.

Justice Sarang Kotwal's remark on why Gonsalves had in possession the book had led to a heated debate on social media with #WarAndPeace even trending on Twitter.