The primary contention raised in the PIL was that the anti-conversion law impinges upon the fundamental right to choice and the right to change of faith. 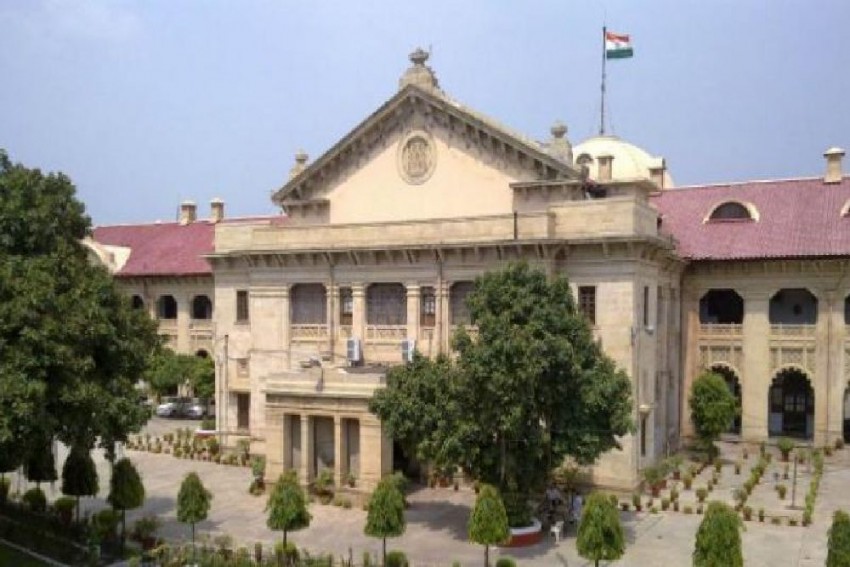 The Allahabad High Court asked the Uttar Pradesh government on Friday to respond to a petition challenging its recent ordinance on religious conversions.

The bench, comprising Chief Justice Govind Mathur and Justice Piyush Agrawal, passed the order while hearing public interest litigation (PIL) filed by advocate Saurabh Kumar, who challenged the constitutional validity of the ordinance against "forcible" and "fraudulent" religious conversions, including for the sake of marriage.

According to the petition, Chief Minister Yogi Adityanath had announced on October 31 that his dispensation would bring a law against "love jihad". The state government had on November 24 approved the draft ordinance, which provided for a jail term of up to 10 years for violators.

"Love jihad" is a term used by right-wing activists to discredit interfaith marriages by describing it as part of an alleged conspiracy by Muslim men to convert Hindu women in the guise of love.

The primary contention raised in the PIL was that the Uttar Pradesh Prohibition of Unlawful Conversion of Religion Ordinance impinges upon the fundamental right to choice and the right to change of faith.

During the hearing, the high court refused to grant any interim relief and directed the state government to file a counter affidavit by January 4.

The petitioner said the ordinance was morally and constitutionally invalid. He requested the court to declare it as ultra vires of the Constitution and direct the authorities not to take any action under the law during pendency of the petition.

The PIL contended that the provisions of the ordinance gave policing powers over a citizen's choice of life partner or religion and, therefore, militate against the fundamental rights to individual autonomy, privacy, human dignity and personal liberty guaranteed under Article 21 (right to life and personal liberty) of the Constitution.

The plea also took exception the requirement of every religious conversion to be scrutinised and certified by the state.

The petitioner said the very concept of forcing an individual to explain and justify a personal decision before an officer of the state was contrary to the Constitution, which ensures such rights.