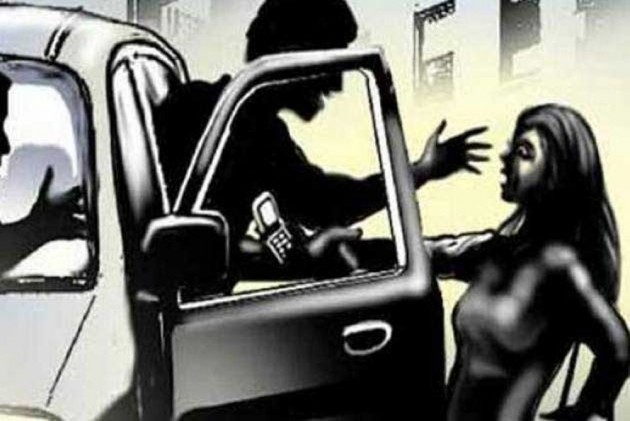 A 22-year-old woman was kidnapped and gangraped by three unknown men on a moving SUV in Faridabad, Haryana, on Saturday evening.

The woman told the police that she was on her way back home from Sector-16 when the incident took place, reported India Today.

There were four men, including the driver, in Mahindra Scorpio (SUV). Apparently, the woman told the police that except the driver, other three men raped her for more than three hours on the moving car. She was later abandoned near a petrol pump in Sikri.

The India Today report added that despite informing the police promptly by a witness, the cops failed to locate the vehicle. All the four accused are in their mid 20s.

An FIR has been registered against four identified men and a special investigation team (SIT) has been for investigation, the ACP Crime branch in Faridabad told ANI.

This incident came to light a day after two minor Dalit girls were allegedly raped and killed in separate incidents in Haryana, barely a month after a similar case involving a six-year-old girl shook the state.

The police said one of the girls, a 15-year-old school student, had been brutally assaulted and her private parts mutiliated.

The body of the other victim, an 11-year-old girl, was found in a village in Panipat district on Sunday morning, a police official said.

The official said she was abducted by two men on Saturday evening when she had gone out of her house to throw garbage in the village dump yard.

Rahul Sharma, superintendent of police, Panipat, told PTI over the phone that two men, who lived in her neighbourhood, were arrested on Sunday for the crime.

After abducting her, the accused took her to a house where they allegedly raped and strangled her. They also burnt her clothes in a bid to destroy evidence, the SP said.

In the other incident, the body of the 15-year-old girl, who had been missing since last Tuesday after she left home for tuition classes, was found near a canal at Budha Khera village in Jind district's Safidon town on Saturday, the police said.

The girl, who belonged to a village in Kurukshetra district, had been brutally assaulted, an official said.

Her private parts were mutilated and some of her vital organs had been ruptured, the official said.

She was a Class 10 student, the police said.

Two special investigation teams (SITs) under DSP-rank officers have been constituted to probe the incident, the Jind police said.

The two incidents come close on the heels of another incident last month, in which a six-year-old girl was violently raped and killed in Haryana's Uklana area in Hisar district.

The brutal rape of the six-year-old, and the recent savage incidents, were a stark reminder of the December 16, 2012, incident in Delhi, in which a physiotherapy intern was raped by a group of a men in a moving bus and a rod inserted into her body. She died in a hospital 13 days later.