For all her mastery in semi-classical thumri, Girija Devi was equally proficient in the weightier khayal stream. What were the circumstances that drew the late vocalist heavily to a smaller arena of Hindustani music? 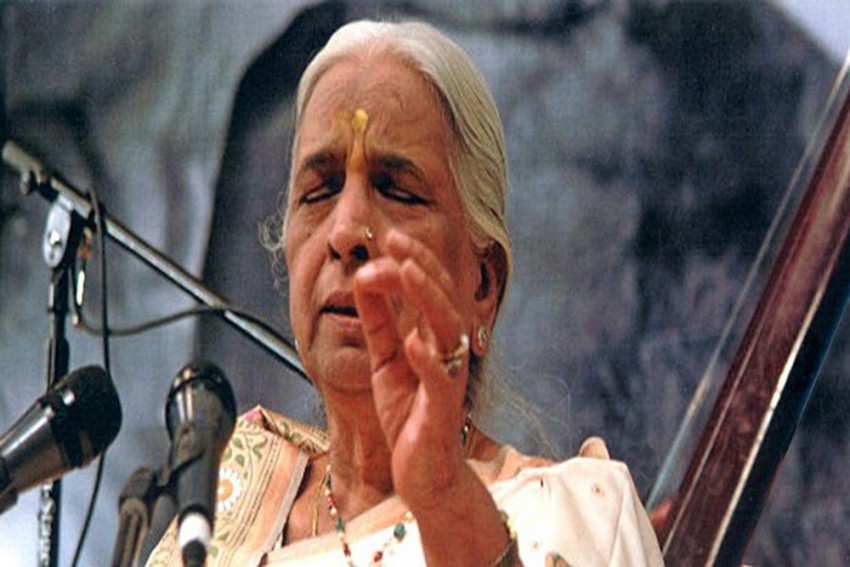 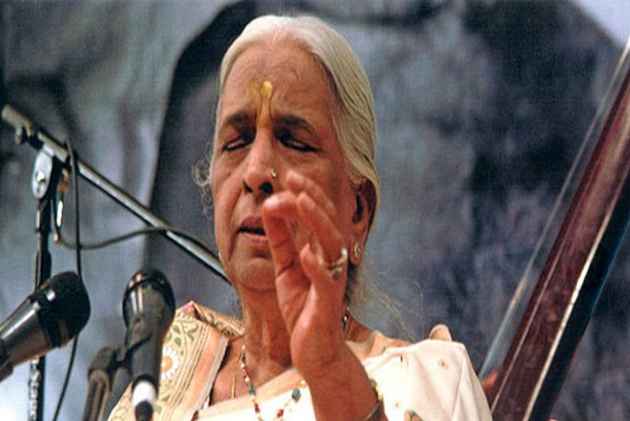 Looking at her, a singing Girija Devi would primarily come across as an unsmiling artiste for the average Hindustani music buff. All the same, the streaks of cheer while turning sideways to the accompanists and those chats she would break into during concerts did reveal the warmth inside her—the vocalist was not only perpetually reverent about her Benares; she was least miserly in praising fellow exponents for their talent and skills.

A certain toughness in her on-stage countenance wasn’t necessarily a reflection of her life history, but there is no denying that Girija Devi (1929-2017) went through a very difficult passage in her younger days. Her marriage to an art-loving businessman at age 15 led the budding vocalist to face strong opposition from her family, forcing her to take a break from music. “Unfortunately, apart from my father, the rest of my family was not very supportive,” she would recount. “My mother, who became one of my biggest fans later in her life, could not understand why I was wasting so much time on something as inconsequential as classical music.”

Nevertheless, her husband Madhusudan Jain, with a flair for performing arts and literature, supported her, but, as the musician puts it mildly and cryptically, “I soon felt the strains and demands of domestic life interfering with my practice.” Even so, she managed to swim against the tide. On the other side of the expansive Ganga lining the bustling pilgrim town of Banares (in eastern Uttar Pradesh where her family settled when Girija Devi was two years old) was the reposeful Sarnath. There, not far from the Buddhist stupa, the mother of an infant began living in a tranquil house her husband had found for her. The vocalist’s life would start at 3.30 early morning with music practice and find cap with the visit of her guru Shrichand Mishra, who would put her to lessons in difficult genres such as khayal to the relatively lighter thumri and tappa—also known for their complexities. “That one year of deep, spiritual sadhana changed my life,” she would trail off.

Shrichand-ji wasn’t Girija Devi’s first music teacher. She was only four when the girl took lessons from sarangi player Sarju Prasad Misra. That least meant her early life was home-bound or that her childhood was bogged down by saptaswaras. Far from it, she led a tomboyish routine. For instance, her zamindar-father Ramdeo Rai taught the kid how to fence and ride horses—unusual for little girls to learn even today. Also, the river fascinated her no end. “I spent long hours playing on its sandy banks with friends, learning how to swim and catch fish. I would catch a fish, observe it fighting for its life, and let it go. It is amazing to think that I brought the agony of the fish fighting for its life into my music much later.” That also meant an aspiration for freedom. Two years after India won independence, Girija Devi was lucky to have her music aired by Akashvani. She was only 20 when Allahabad radio station broadcast her debut concert. From them, there was no looking back, what with she becoming a sharp-voiced musician often rated along with other stalwarts of her heyday. Sadly, another break from her passion awaited Girija Devi—in 1975. That was when her husband died, and she withdrew from the music circuit. The following few years, riddled by domestic responsibilities, triggered philosophical thoughts in the artiste, making her more obsessed with the idea of god. The ever-exuberant mythological Krishna became one charm of her turbulent existence—and soon thumris, which celebrated the blue-hued Hindu idol, evolved into a sacred prayer.

A subsequent return to the stage marked a decisive change in the profile of Girija Devi. She became widely popular as a stalwart of th­­­­umri, besides the Banares-style dadra, holi, chaiti and jhoola. On the flip side, her mastery over the more expansive khayal stream received lesser acknowledgement. Girija Devi did on and off present the succinct alaap followed by compositions in slow, medium and fast passages (called vilambit, maddhya and dhrut lay respectively), but her stronghold was widely believed to be thumri.

The observations largely remind one of a similar metamorphosis that another nightingale of 20th-century India underwent—down the country. Carnatic icon M.S. Subbulakshmi, as scholars (most recent of them being vocalist T.M. Krishna) believe, got virtually enmeshed in the genre of bhajans in her career, misleadingly for many music-lovers to conclude that she was not that competent to present long alapanams, weighty compositions, layered neravals or intellectually-stimulating swaraprastarams. Much of it, thus, boils down to the travails of the Indian woman in a continuing patriarchal society. Whatever, none was prepared to learn the death of Girija Devi. At age 88, she was very active in the field—so much so, the khayal city of Pune was readying to host a Girija Devi concert this weekend as part of the birth anniversary of tabla master Kishan Maharaj—another Padma Vibhushan awardee from Banares. The Ganga flowed calmly along Kolkata where the vocalist breathed her last on Tuesday (October 24) night.