Cross-checking is a dying craft 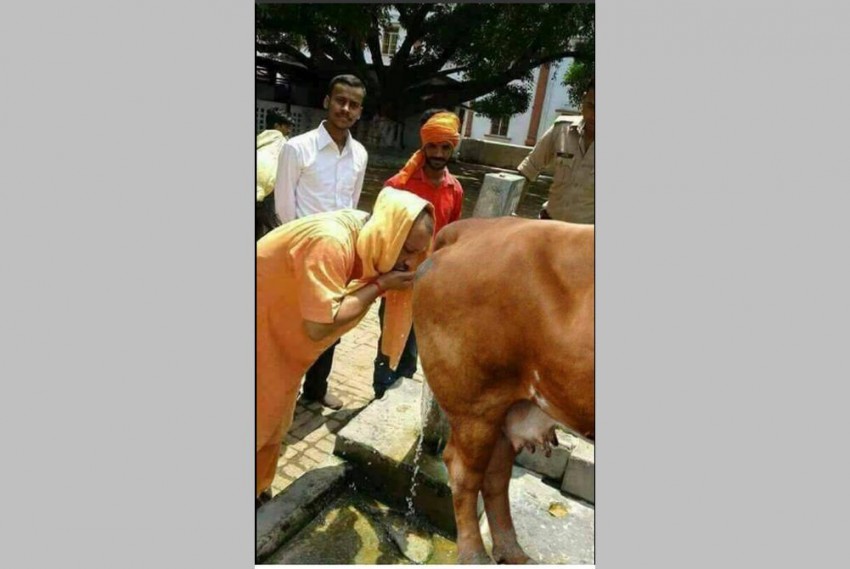 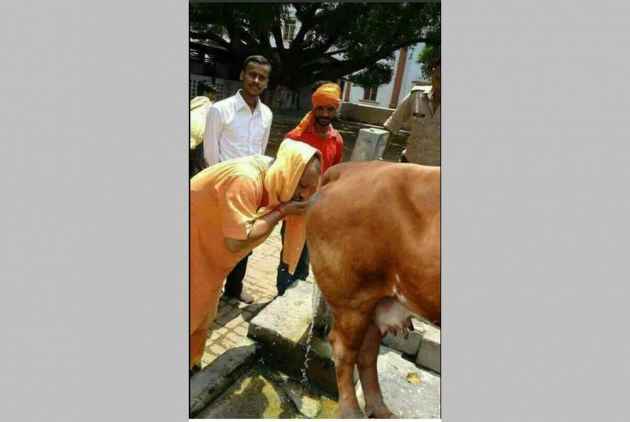 A fake photo-shopped image of Uttar Pradesh Chief Minister Yogi Adityanath drinking urine from the back of a cow is doing the rounds, and there is much to say about it.

The image had been the star attraction in many WhatsApp groups as a forward, but gained ‘legitimacy’ on Monday night after senior journalist and author Tavleen Singh tweeted it out to her 2,53,000 followers.

Here is the tweet since it has not been deleted yet and Singh has justification in store. (And we have a screenshot in store, just in case).

And here is the original image as tweeted to Singh by a Twitter user.

Have some shame Tavleen. pic.twitter.com/9FFH5Vniri

What is remarkable (aside from that creatively photo-shopped image) is Singh’s justification for still having the post on her timeline despite it being pointed out to her that it’s a fake.

When caught out, Singh has tried to give many an ingenious spin to the picture.

If cow's urine is sacred why are so many Hindutva followers ashamed of that picture? It looked genuine to me so I posted it. https://t.co/DsTfRxKu4T

As a non-Hindu I am unaware of how Gomutra is drunk. Is publicity important to you? It isn't to me and I never play victim. https://t.co/q9YcdjDjBB

While ‘looks genuine so I posted it’ can be put down to naivety, and the second one with the non-Hindu spin can be ignored, it is obvious why ‘Hindutva’ supporters are a bit miffed with you. When people consume the milk of a cow they do not lie down beneath it and suckle on its teat as someone doing a car-repair job would do.

And drinking whoever or whatever’s urine is a personal choice, and there are processed bottles of this stuff out there. (This is not an advertisement) Here: 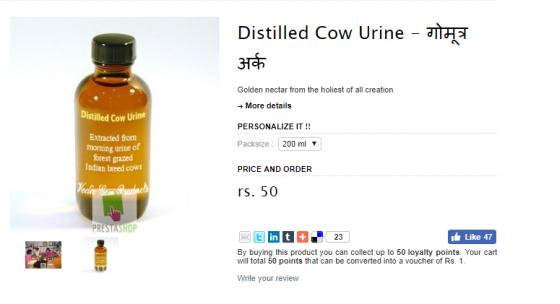 Fake news and photo-shopped images have become a scourge. Recently, MoS Nirmala Sitharaman re-tweeted a supposed quote by A.R. Rahman on beef put out by S. Gurumurthy. After she realized it was fake, she issued an apology and undid the re-tweet. (Gurumurthy still has the tweet on his timeline though)

. @sgurumurthy, FYI : I am undoing my RT as this seems unverified information. Sorry about any confusion.

Is Demonetisation The Reason Behind Madhya Pradesh Farmer Unrest?