From Outer Walls To Terrace, UP CM Yogi Adityanath's Lucknow Office Being Painted In Saffron Colour

The chief minister, referred to as Maharajji by his disciples, is clad in saffron coloured outfits and according to sources after he took over. 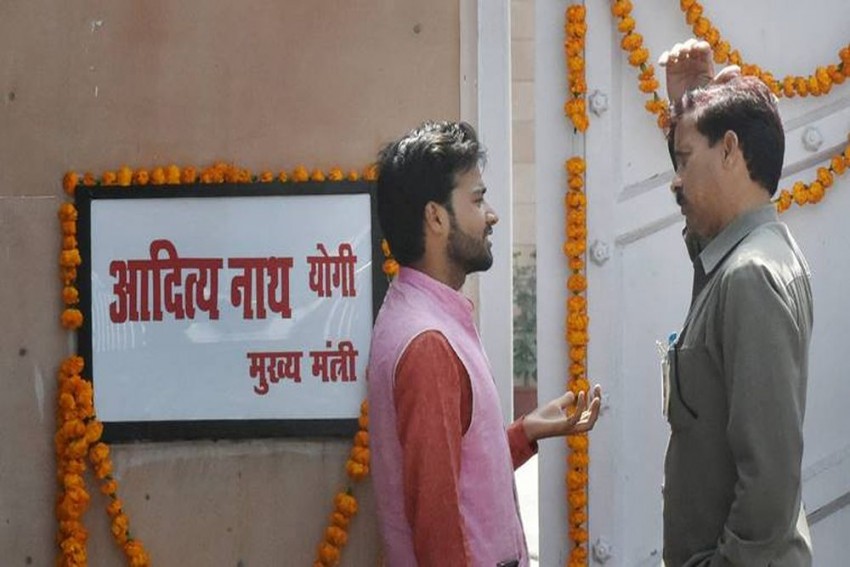 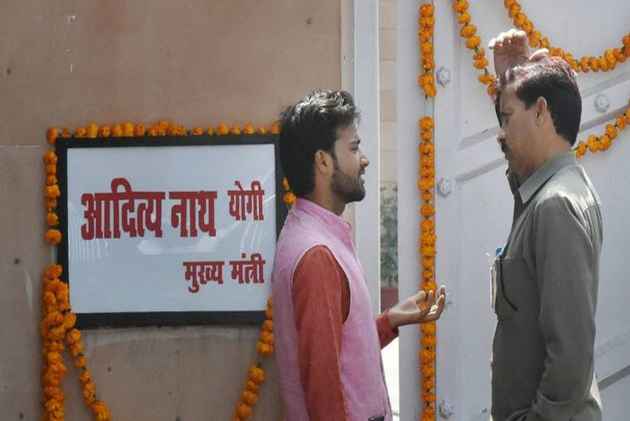 The office of the saffron-robed UP chief minister Yogi Adityanath in the state capital is now getting a touch of saffron.

The Lal Bahadur Shastri Bhawan, known as the secretariat annexe building which houses the chief minister's office as well as those of senior officials, is being painted in saffron colour replacing the traditional white and blue.

Estate department officials said everything from the outer walls to the terrace of the building is being painted in the saffron shade.

The building which also has the office of the chief secretary has traditionally sported white and blue colours but a proposal was recently made for repairing and painting the building and saffron colour was approved by all, they said adding that work on it has already started.

The chief minister, referred to as Maharajji by his disciples, is clad in saffron coloured outfits and according to sources after he took over, the towels which cover his chair and curtains of his office were also changed to colours matching the saffron hue.

The towels in the office of the chief minister on the fifth floor of the building are of a saffron hue and the curtains, though not saffron in colour are close to it, the sources said.

Besides this, the education department had distributed saffron-coloured school bags to primary schools students and the booklets that were distributed to mark 100 days and six months of the Adityanath government were saffron in colour as well.

The information department diary of the state government also bears a saffron cover.

The Opposition, however, does not seem to happy with the change and has charged the state government with "saffronising" even official buildings.

This is all about "saffronisation" of the state and its politics, Samajwadi Party spokesperson Rajendra Chaudhary said.

Congress spokesman Dwijendra Tripathi said giving any particular colour, which is associated with a political party, is not right.