From 1853 To Today, A Timeline Of Babri Masjid Saga

The plot of the land of the Babri Masjid created a rift between the two sections of the society amid political, historical and socio-religious debates. 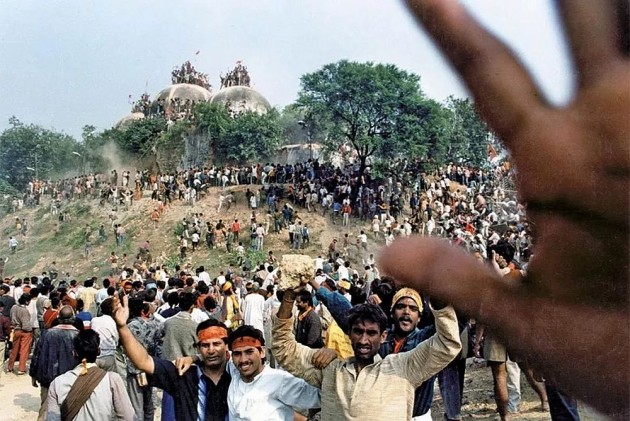 The Babri Masjid became the landmark of communal dischord between two sections- hindus and muslims and a political dispute that till date, remains unsettled. The history goes way back to the late 19th century and has been continuing for over a 100 years now.

The mosque was located on a hill known as Ramkot and a section of the Hindu community claimed that the Mughals destroyed a structure marking the birthplace of Rama (Ram Janmabhoomi) to build the mosque. This, however, was denied by the opposing muslims.

The plot of the land of the Babri Masjid created a rift between the two sections of the society amid political, historical and socio-religious debates.

The Chronology of events

Dec 16, 1992: Justice Liberhan Commission set up to inquire into the demolition of disputed structure within six months.

December 2010: The Akhil Bharatiya Hindu Mahasabha and Sunni Waqf Board move to the Supreme Court challenging part of the Allahabad High Court’s verdict.

December 25, 2014: Mohammad Farooq, oldest litigant in the case, died, Farooq, a resident of Ayodhya, was one of the seven main Muslim litigants in the 1949 Babri Masjid case.

2015: The VHP announces a nationwide drive to collect stones for the construction of the Ram Mandir.  In December, two trucks of stones arrive at the disputed site. Mahant Nritya Gopal Das claims there is a green signal from the Modi government that the temple will be built now. The Uttar Pradesh government led by Akhilesh Yadav says it will not allow the arrival of the stones in Ayodhya for the construction of the Ram Mandir.

March 2017: The Supreme Court said charges against Advani and other leaders cannot be dropped in the 1992 Babri mosque demolition case and that the case may be revived.

Apr 6: SC favours time-bound completion of trial in the case and reserves order on CBI's plea.

Apr 19: SC restores criminal conspiracy charge against leaders including Advani, Joshi and union cabinet minister Uma Bharti in the case and clubs the trial in the matter pending against VIPs and karsevaks.