She played in two other Wimbledon singles finals, losing to Steffi Graf in 1993 and to Martina Hingis in 1997. 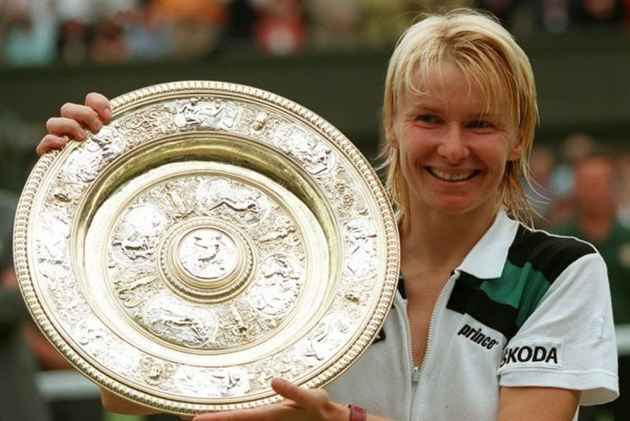 Former Wimbledon champion Jana Novotna has died at the age of 49 after suffering from cancer, the WTA said on Monday.

Novotna, who won the Wimbledon title in 1998 when she defeated France's Nathalie Tauziat in the final, died on Sunday in her native Czech Republic surrounded by her family, a WTA statement said.

She played in two other Wimbledon singles finals, losing to Steffi Graf in 1993 and to Martina Hingis in 1997.

Novotna also won four Wimbledon doubles titles with compatriot Helena Sukova in 1989 and 1990, with Arantxa Sanchez-Vicario in 1995 and with Hingis in 1998.