That girl, the one without the name. The one just like us. The one whose battered body stood for all the anonymous women in this country whose rapes and deaths are a footnote in the left-hand column of the newspaper... 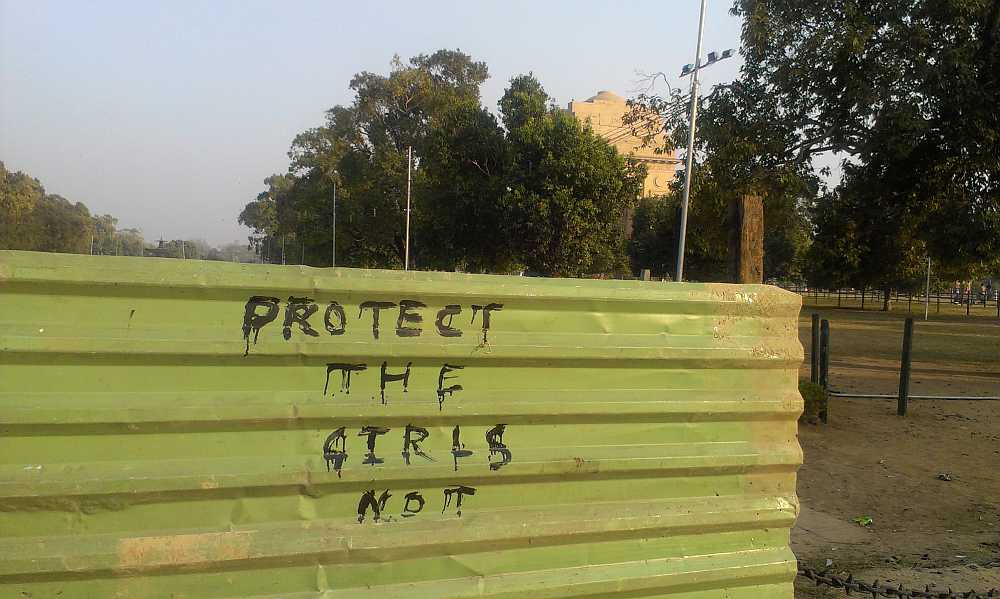 That girl, the one without the name. The one just like us. The one whose battered body stood for all the anonymous women in this country whose rapes and deaths are a footnote in the left-hand column of the newspaper.

Sometimes, when we talk about the history of women in India, we speak in shorthand. The Mathura rape case. The Vishaka guidelines. The Bhanwari Devi case, the Suryanelli affair, the Soni Sori allegations, the business at Kunan Pushpora. Each of these, the names of women and places, mapping a geography of pain; unspeakable damage inflicted on women’s bodies, on the map of India, where you can, if you want, create a constantly updating map of violence against women.

For some, amnesia becomes a way of self-defence: there is only so much darkness you can swallow. They turn away from all the places that have become shorthand for violence beyond measure, preferring not to know about Kashmir or the outrages in Chattisgarh, choosing to forget the Bombay New Year assault, trying not to remember the deaths of a Pallavi Purkayastha, a Thangjam Manorama, Surekha and Priyanka Bhotmange, the mass rapes that marked the riots in Gujarat. Even for those who stay in touch, it isn’t possible for your empathy to keep abreast with the scale of male violence against women in India: who can follow all of the one-paragraph, three-line cases? The three-year-old raped before she can speak, the teenager assaulted by an uncle, the 65-year-old raped as closure to a property dispute, the slum householder raped and violently assaulted on her way to the bathroom. After a while, even memory hardens.

And then you reach a tipping point, and there’s that girl. For some reason, and I don’t really know why, she got through to us. Our words shrivelled in the face of what she’d been subjected to by the six men travelling on that bus, who spent an hour torturing and raping her, savagely beating up her male friend. Horrific, brutal, savage—these tired words point to a loss of language, and none of them express how deeply we identified with her.

She had not asked to become a symbol or a martyr, or a cause; she had intended to lead a normal life, practicing medicine, watching movies, going out with friends. She had not asked to be brave, to be the girl who was so courageous, the woman whose injuries symbolised the violence so many women across the country know so intimately. She had asked for one thing, after she was admitted to Safdarjung Hospital: “I want to live,” she had said to her mother.

We may have not noticed the reports that came in from Calcutta in February, of a woman abandoned on Howrah Bridge, so badly injured after a rape that involved, once again, the use of iron rods, that the police thought she had been run over by a car. We may have skimmed the story of the 16-year-old Dalit girl in Dabra, assaulted for three hours by eight men, who spoke up after her father committed suicide from the shame he had been made to feel by the village. Or some may have done something concrete about these things, changed laws, worked on gender violence, keeping their feelings out of it, trying to be objective.

But there is always one that gets through the armour that we build around ourselves. In 1972, the first year in which the NCRB recorded rape cases, there were 2,487 rapes reported across India. One of them involved a teenager called Mathura, raped by policemen; we remember her, we remember the history and the laws she changed. (She would be 56 now.)

Some cases stop being cases. Sometimes, an atrocity bites so deep that we have no armour against it, and that was what happened with the 23-year-old medical student, the one who left a cinema hall and boarded the wrong bus, whose intestines were so badly damaged that the injuries listed on the FIR report made hardened doctors, and then the capital city, cry for her pain.

She died early this morning, in a Singapore hospital where she and her family had been despatched by the government for what the papers called political, not compassionate, reasons.

The grief hit harder than I’d expected. And I had two thoughts, as I heard some of the finest and toughest men I know break down in their grief, as women across Delhi called and SMSed to say that she—one of us, this girl who had once had a future and a life of her own to lead—was gone, that it was over.

The first was: enough. Let there be an end to this epidemic of violence, this culture where if we can’t kill off our girls before they are born, we ensure that they live these lives of constant fear. Like many women in India, I rely on a layer of privilege, a network of friends, paranoid security measures and a huge dose of amnesia just to get around the city, just to travel in this country. So many more women have neither the privilege, nor the luxury of amnesia, and this week, perhaps we all stood up to say, “Enough”, no matter how incoherently or angrily we said it.

The second was even simpler. I did not know the name of the girl in the bus, through these last few days. She had a name of her own–it was not Amanat, Damini or Nirbhaya, names the media gratuitously gave her, as though after the rape, she had been issued a new identity. I don’t need to know her name now, especially if her family doesn’t want to share their lives and their grief with us. I think of all the other anonymous women whose stories don’t make it to the front pages, when I think of this woman; I think of the courage that is forced on them, the way their lives are warped in a different direction from the one they had meant to take. Don’t tell me her name; I don’t need to know it, to cry for her.

Nilanjana S. Roy is the author of Wildings. This was first published on her blog