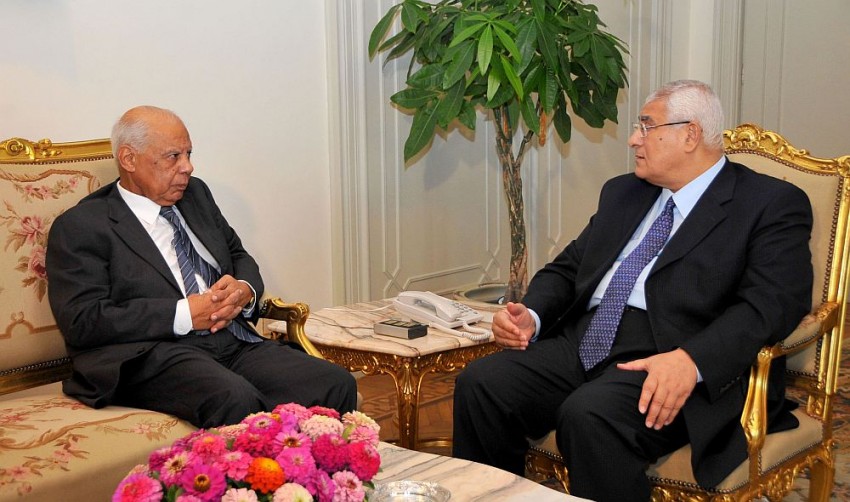 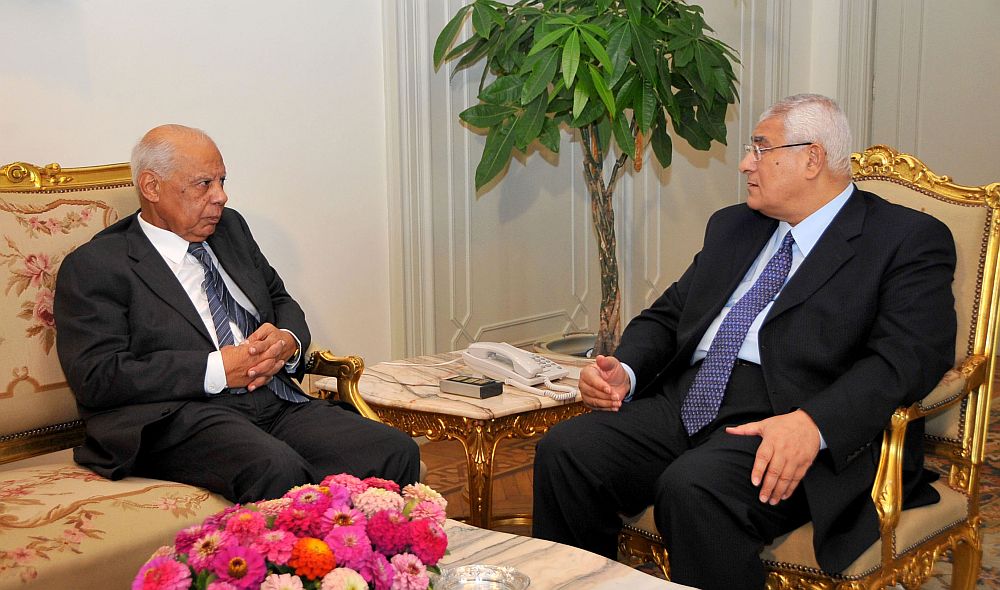 Supporting the coup are Syria as well as the conservative Gulf monarchies and pro-Western Jordan that have been preeminent in backing the anti-Syrian regime. Turkey and Tunisia have joined Iran in opposing it. While Israel, Libya, Yemen and Hamas in the Gaza Strip have withheld comment, Palestinian Authority President Mahmoud Abbas has praised the Egyptian army for its action. Algeria opted for a tightrope walk, urging Egyptians to reach consensus based on unity, national reconciliation and respect of the constitution and expressing hope that the approach would satisfy “the legitimate aspirations of the Egyptian people.” Evidently, scars were left by the decade-long civil war that consumed nearly 200,000 Algerian lives after the military junta cancelled a second round of elections in 1991 when the Islamic Salvation Front was poised to win a two-thirds majority in the parliament.

Since December 2010 the region has been in the throes of turmoil variously called the Arab Spring, Arab Awakening or Arab Revolutions – focused on giving citizens the right to choose their governments freely. The common aim of this movement has been to end autocracies, be they secular nationalist or monarchical.

Though not an Arab country, Turkey took keen interest in the events unfolding in Arab North Africa. Turkey is a republic ruled under a series of secular constitutions since 1923, and Prime Minister Recep Tayyip Erdo?an showcased its political system as ideal for the people struggling to overthrow secular dictatorships in North Africa. His tour of Egypt, Libya and Tunisia in September 2011 highlighted his ambition.

Two months later the emergence of the Islamist An Nahada , or the Renaissance, as the dominant party in the coalition government in Tunisia went down well with Erdo?an, leader of the Islamist-rooted Justice and Development Party. So too did the election of Mohamed Morsi of the Muslim Brotherhood in Egypt in June 2012. Morsi was one of the leading foreign guests at the Justice and Development Party’s fourth congress in Ankara on 30 September.

Unsurprisingly, therefore, Turkey and Tunisia lost no time in lambasting the coup in Cairo. Alluding to Turkish military’s seizures of power in 1960, 1971 and 1980, Erdo?an warned that such takeovers extracted a heavy price. “Coups are evil,” he said. “Coups target people, the future of democracy. I want this to be expressed by everyone with courage. I am surprised with the West. European Parliament disregarding its own values by not calling the military intervention in Egypt a coup.”

Equally remarkable were Tunisia’s responses to the 3 July coup. The first top official to blast the Egyptian generals was President Moncef Marzouki, head of the secularist Congress for the Republic, who described the action as “a blow to democracy.” Rashid Ghannouchi of Islamist party An Nahada followed his lead, slamming Morsi’s ouster as “a flagrant coup against democratic legitimacy.”

So too, surprisingly, did Shaikh Tamim bin Hamad al Thani, freshly installed ruler of Qatar – under the guise of respecting “the wishes of the Egyptian people.” His father, as well as the influential and Qatar-funded Al Jazeera TV, had backed the Muslim Brotherhood in the region to establish Qatar as a regional powerbroker rivalling Saudi Arabia.

The long simmering rivalry between tiny Qatar and the behemoth Saudi Kingdom solidified on their respective policies towards the Muslim Brotherhood. The Brotherhood was founded by schoolteacher Hassan al-Banna in 1928 with the aim of reconstructing Muslim societies in accordance with “the commandments of the Quran and its teachings.” After Egypt’s military ruler, Colonel Gamal Abdel Nasser, outlawed the Brotherhood in 1954, one of its activists made an unsuccessful attempt to assassinate him. The state repression that followed sent Brotherhood leaders into exile in Saudi Arabia. During the subsequent decades the Saudi kingdom became a haven for Brotherhood activists facing persecution in other Arab countries. These exiles played a crucial role in running Saudi educational institutions and the transnational organizations that Riyadh founded to counter Arab nationalist and leftist parties. During the anti-Soviet jihad in Afghanistan in the 1980s, the Saudi government used the Brotherhood’s network to recruit non-Afghan Muslims to sign up as mujahedin, or holy warriors.

The rupture developed after the Saudi regime invited  US troops to the holy soil of Arabia in 1990 to expel the Iraqi occupiers of neighbouring Kuwait. Following the 9/11 attacks, alienation between the two sides escalated to undisguised hostility. The late Saudi Interior Minister Prince Nayef, a hardliner, singled out the Brotherhood as a radicalizing force among Saudi youths.

Little wonder that Riyadh backed the relentless persecution of the Brotherhood in Egypt by President Hosni Mubarak. With his rule threatened in late January 2011, the Saudi king offered refuge to Mubarak as he had done earlier in the case of Tunisia’s autocratic president. Whereas Zine El Abidine Ben Ali accepted the offer, Mubarak stayed in his palace.

As firm believers in absolute monarchy, Saudi royals are at odds with the Brotherhood’s participation in elections. The Brotherhood’s electoral success in Egypt and Tunisia, the cradle of Arab Spring movement, unnerved them.

Saudi Arabia, Kuwait and the UAE have jointly provided Egypt's military regime with grants and loans worth $12 billion, overshadowing the annual $1.5 billion in US aid in Egypt. A few Republicans in the US urged cutting off the military portion, but Israel has asked that it be maintained in support of the 1979 Egypt-Israel Peace Treaty.

Bizarrely, autocratic monarchies in the Gulf and Jordan find themselves on the same side of the divide as Syria under secularist President Bashar al Assad. In his instant interview with the pro-government newspaper Al Thawra, The Revolution, Assad remarked that the downfall of Morsi, who had severed all links with Syria on 13 June, demonstrated that the Brotherhood was unfit to govern: “Whoever brings religion to use for political or factional interests will fall anywhere in the world.”

Assad seemed to overlook the fact that Shia religion is the foundation for his most ardent ally in the region, Iran, assisting him with arms, cash and military advisers to counter the insurgency led by the Muslim Brotherhood of Syria. More specifically, it must have been discomforting for him to hear Iran’s foreign ministry spokesman saying on 7 July that Morsi’s supporters should not give up in their quest to reinstate him: “Islamists and revolutionaries should not feel frustrated.”

Significantly, Brotherhood followers in Egypt have decided to stick to non-violent protest, a strategy that’s found favour with much chastened Islamists in Algeria

Reactions to Egypt’s coup show that, in the final analysis, what really counts is the acceptance or rejection of the ballot box as the sole source of power. Hereditary rulers prefer secular dictators in the Arab republics rather than popularly elected Islamist presidents. And this makes redundant the thesis gaining currency that what matters most is the age-old Sunni-Shia divide in the Middle East and North Africa.

Dilip Hiro is the author of Jihad on Two Fronts: South Asia's Unfolding Drama published by HaperCollins India. His latest book is A Comprehensive Dictionary of the Middle East (Interlink Publishing Group, Northampton, Massachusetts, and London).Rights: Copyright © 2013 The Whitney and Betty MacMillan Center for International and Area Studies at Yale. Courtesy: YaleGlobal Online