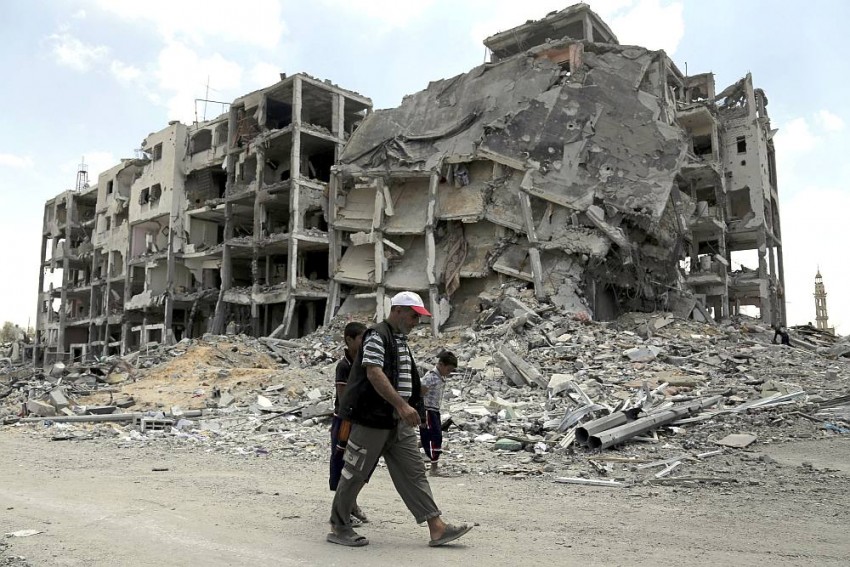 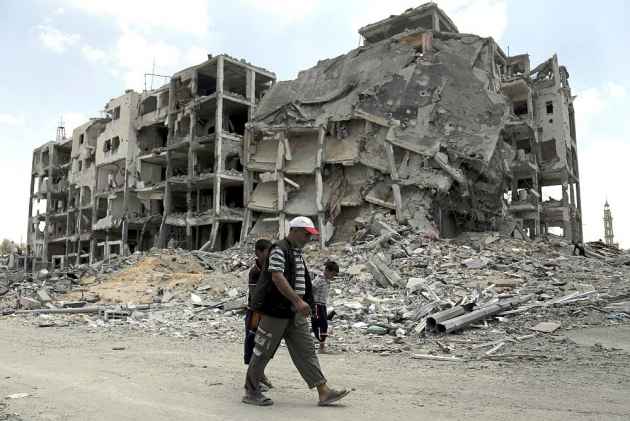 A single incident at the weekend – the reported capture by Hamas on Friday of an Israeli soldier through a tunnel – illustrated in stark fashion the layers of deception Israel has successfully cast over its attack on Gaza.

On Sunday, as the army indicated it would start limited withdrawals, Israel claimed Hadar Goldin was dead, possibly buried in a collapsed tunnel as Israel bombarded the area in which he was seized. His family said he was being left behind.

Israeli officials or media did not view Hamas’ operation dispassionately. Goldin was not “captured” but “kidnapped” – as though he was an innocent seized by opportunistic criminals.

As occurs so often, many western journalists followed Israel’s lead. The London Times’ front page blared: “Kidnapped in Gaza”, while the Boston Globe called him the “abducted Israeli soldier”.

From western reactions, it was also clear the soldier’s capture was considered more significant news than any of the massacres of Palestinian civilians over the past weeks.

Israel’s cynical calculus – that one soldier is more valuable than large numbers of dead Palestinian civilians – was echoed in the diplomatic and editorial corridors of Washington, London and Paris.

Misleading too was the general agreement that, in attacking a group of soldiers in Rafah and seizing Goldin, Hamas had violated the first moments of a 72-hour humanitarian ceasefire.

The Washington Post reported on the circumstances as a Hamas suicide bomber emerged from a tunnel to explode his vest, killing two soldiers, and Goldin was pulled into the shaft. “On Friday morning, Israeli troops were in the southern Gaza Strip preparing to destroy a Hamas tunnel, said Israeli military officials. Suddenly, Palestinian militants emerged from a shaft.”

CBS reporter Charlie D’Agata parroted the same Israeli briefings, also inadvertently exposing the central deceit. The soldier was “suspected of being kidnapped during an operation to clear tunnels – crucially, [officials] say, this happened after the ceasefire was supposed to take place.”

So if a ceasefire was in place, what were Goldin and his comrades doing detonating tunnels, tunnels in which Israel says Hamas is hiding? Were Hamas fighters supposed to simply wait to be entombed in their bunkers during the pause in hostilities? Or was Israel the one violating the ceasefire?

And then there was the explosion of military fury as Israel realised its soldier was missing. Israeli correspondents have admitted that the notorious “Hannibal procedure” was invoked: the use of all means to stop a soldier being taken alive, including killing him. The rationale is to prevent the enemy gaining a psychological advantage in negotiations.

The unleashing of massive firepower appeared designed to ensure Goldin and his captors never made it out of their tunnel, but in the process Israel killed dozens of Palestinians.

It was another illustration of Israel’s absolute disregard for the safety of civilians. At least three-quarters of the more than 1,700 Palestinians killed so far are non-combatants, while almost all Israeli casualties have been soldiers. This has been a pattern in all Israel’s recent confrontations.

Israel’s official justifications for taking the fight into Gaza have been layered with deceit too.

Prime minister Benjamin Netanyahu has argued that Israel was dragged into a war of necessity. Barack Obama echoed him: Israel had a right to defend itself from a barrage of rockets fired out of Gaza. Later the pretext became Israel’s need to destroy the “terror tunnels”.

The logic is deeply flawed. Israel is occupying and besieging Gaza, conferring on its inhabitants a right under international law to fight for their freedom. How does the oppressor, the lawbreaker have a right to self-defence? If Israel objects to being scratched and bruised, it should stop choking its victim.

The degree to which Israel’s narrative of “self-defence” has come to dominate news coverage and diplomatic statements was revealed in a CNN interview. Anchor Carol Costello asked a baffled interviewee in all seriousness: “Why doesn’t Hamas just show Israel where these tunnels are?”

Equally significantly, Israel has obscured the truth that it picked this particular round of its ongoing confrontation with Hamas – and did so entirely cynically.

A BBC reporter recently confirmed with an Israeli police spokesman a rumour that had been circulating among military correspondents for weeks. The group behind the abduction in June of three Israeli teens in the West Bank – the trigger for Israel’s campaign against Hamas – was a lone cell, acting on its own.

Claiming precisely the opposite – that he had cast-iron proof Hamas was responsible – Netanyahu gave the army free rein to arrest hundreds of Hamas members and smash the organisation’s institutions in the West Bank.

The crackdown created the necessary provocation: Hamas allowed Gaza’s factions to start firing limited numbers of rockets. Analyst Nathan Thrall noted recently that Hamas had impressed the Israeli army until that point by enforcing the ceasefire agreed with Israel 18 months earlier, even though Israel violated the terms by maintaining Gaza’s siege.

Now the rockets gave Netanyahu an excuse to strike.

So what was his real reason for going into Gaza? What were these many deceptions designed to hide?

It seems Netanyahu wanted to end a strategic threat: not Hamas rockets or tunnels, but the establishment of a unity government between Hamas and its long-time rivals Fatah. Palestinian unity risked reviving pressure on him to negotiate, or face a renewed and more credible Palestinian campaign for statehood at the United Nations.

But Hamas’ unexpectedly impressive martial display against Israel – killing dozens of soldiers, firing long-range rockets into Israel throughout, closing briefly the sole international airport, launching attacks into Israeli territory, and causing a loss to the economy estimated so far at more than $4bn – may have changed the calculus again.

For the moment, Netanyahu seems to prefer to pull back Israeli soldiers rather than be forced under international pressure to negotiate with Hamas. He knows that its key demand will be that Israel end the siege.

But in the longer term, Netanyahu may need Palestinian unity, at least on his terms, to undermine Hamas’ gains.

As Israel began its attack on Gaza, Netanyahu turned his attention to the West Bank. He warned that there could never be “any agreement in which we relinquish security control” over it for fear that, given the West Bank’s larger size, Israel might “create another 20 Gazas”.

He was ruling out any hope of Palestinian statehood. A “demilitarised” entity, heavily circumscribed and absolutely dependent on Israel and the US, seems to be all that Israel will ever put on the table.

Allowing Palestinian leader Mahmoud Abbas and Fatah into Gaza could justify loosening the siege. But only as long as Abbas agrees to remove Hamas’ military infrastructure and export to the coastal enclave the model he has established in the West Bank – of endless accommodation to Israeli and US dictates.

Jonathan Cook won the Martha Gellhorn Special Prize for Journalism. His latest books are Israel and the Clash of Civilisations: Iraq, Iran and the Plan to Remake the Middle East (Pluto Press) and Disappearing Palestine: Israel’s Experiments in Human Despair (Zed Books). His website is www.jonathan-cook.net.

A version of this article first appeared in the National, Abu Dhabi. Courtesy: Znet

Are You 'Pro-Israel' Or 'Pro-Palestine'?