Words Can’t Describe How We Feel: Indie Music Duo THEMXXNLIGHT On Their Collaboration With Wiz Khalifa 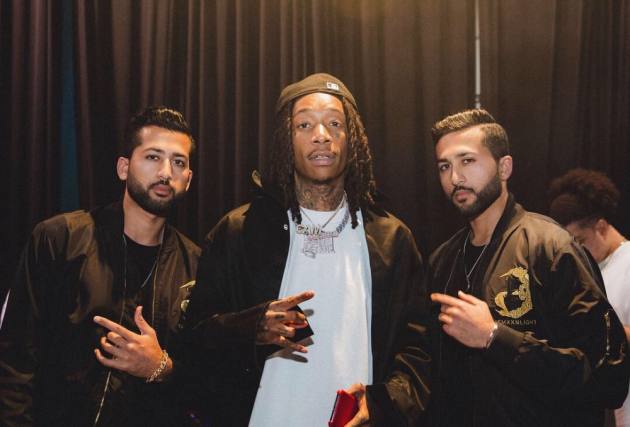 Popular Indian-American pop group, THEMXXNLIGHT, are over the moon about their upcoming single, ‘Naughty Or Nice’, for which they have collaborated with the popular American rapper Wiz Khalifa.

While Khalifa has worked with the duo on his previous releases, this single will be the first time that the pop duo will work with the rapper on their music for the first time.

“After collaborating with the legend on five previous releases, we finally got to release our very own single featuring him! When we played Wiz the track, he immediately stood up and started dancing! It was a crazy feeling. He hopped on the track within minutes and we knew we had a hit. Who knew that Wiz would collaborate with young Indian kids who studied Engineering? It's definitely an amazing feeling!" says Akash Chandani, who goes by the moniker Kush.

The other half of the group, Krish Chandani aKa Luv adds: “No one will ever know what it took for us to get here and that's okay, as long as we know we did this through our hard work, focus and determination, that's all that matters to us. There has been so many obstacles over the course of the last three years, which is just part of being in the industry, but luckily due to our strong education, upbringing and business savvy parents, we have been able to reach new heights we never imagined."

Their new single sounds like a proper club-ready anthem layered with hooks, bass-line and slick lyrics. The record’s central theme revolves around a classic teenage love saga, with both the twins taking turns to sing about raging emotions and mixed signals centered around a love interest.

“We recorded the song on the spot. No studio. No big set up. Just us two, the mic, and a computer.  This is the most anticipated song of our entire career thus far! We’re just proud of how far we have come and to be representing the Indian community around the world. This is a big moment! Words can’t describe the way I feel!” says Luv.

And as far as Khalifa is concerned, he is just happy to be part of the journey of this group, who are fast becoming a popular name in the indie circuit.

“THEMXXNLIGHT are young legends and the future of R&B. This is a hit, and I can’t wait for ya’ll to hear it, my brothers THEMXXNLIGHT killed it, their vocals sound insane and I’m just happy to be a part of their journey. Just doing my bit to support these future stars,” he says.

The identical twins have had an outstanding run in the global music arena thus far and have collaborated with Megan Thee Stallion, Travis Scott, French Montana and DJ Snake among others.