Who Is Rubina Dilaik? Bigg Boss 14 Winner And Audience's Favourite Since Day 1

Rubina's fans witnessed many shades of the actress during her journey in Bigg Boss. 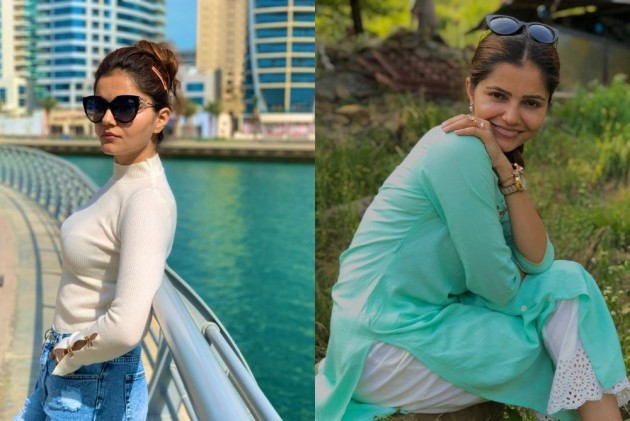 Rubina Dilaik is the winner of the recent Bigg Boss season, and her major win has elated her fans. Here's all you need to know about the TV actor.

Rubina is a 33-year-old TV actress who rose to fame for portraying the role of a transgender in Color's daily soap "Shakti-Astitva Ke Ehsaas Ki". She received critical acclamation for her bold choice.

Born in Shimla, Rubina debuted with hit-drama serial, Chotti Bahu, which was telecasted on Zee TV

Rubina married actor Abhinav Shukla in 2018. There were rumours that the couple was facing ups and downs in their relationship and was heading to a divorce before tables turned when they entered the house of Bigg Boss in October last year. Love blossomed between the two and they are again head to heels in love with each other. Her husband, Abhinav was continuously supporting Rubina and urged fans to vote for her.

Rubina's fans witnessed many shades of the actress during her journey in Bigg Boss. From the loving, charming personality to her aggressive behaviour towards Rakhi Sawant, there were many revelations.

With more than 3 million followers on Instagram and over 2,00,000 followers on Twitter, Rubina is quite active on Social media. She is often seen sharing her aesthetic pictures from trips.

After winning Bigg Boss, Rubina thanked her fans on social media. Taking to Twitter, she wrote,  "This was only and only possible  because of my FANS..... thank you thank you"