Whether he played a pivotal part in a serious, meaningful movie or enacted a bit role in a crass commercial potboiler, Dr Shreeram Lagoo made sure with consummate ease that his acting look real 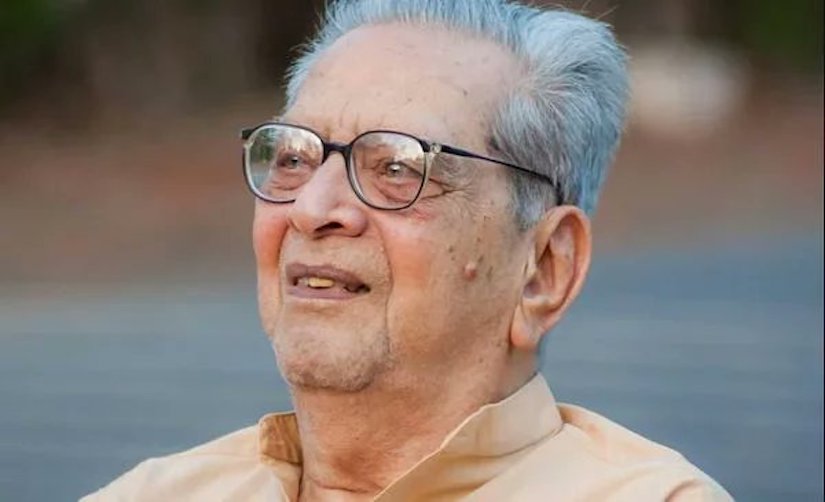 How important is theatre for an actor aspiring to make a career in cinema could be deduced from the long career of veteran actor Shreeram Lagoo, who passed away at the age of 92 in his beloved city of Pune on December 17.

Whether he played a pivotal part in a serious, meaningful movie or enacted a bit role in a crass commercial potboiler, he made sure with consummate ease that his acting look real. It did not matter to him whether the film was directed by Jabbar Patel and Gulzar or Prakash Mehra and Saawan Kumar Tak. He was one of the very few actors who looked as real on celluloid as he was in front of the live audience on stage. It was not for nothing that many of his colleagues compared him to the greats like Motilal and Balraj Sahni, when it came to flair for natural acting.

The credit for it entirely goes to his background of and passion for theatre, which helped him hone his acting prowess while he performed on the Marathi, Gujarati and Hindi stage. Even though he was a medical practitioner by profession, an ENT specialist to be precise, he gave up his thriving practice to devote the rest of his life to champion the cause of art and culture through theatre and cinema.

In the 1980s, when he was one of the busiest actors around in Bollywood, he did a few commercials for products like toothpaste and chyawanprash, which created furore and ultimately led to the cancellation of his registration as a doctor on ethical grounds by the Medical Council of India (MCI). But so dedicated was he to his craft as an actor that he hardly seem to bother. “I would have been worried had I been banned from acting,” he once famously quipped.

The Hindi cinema audiences primarily know him as an actor who did multiple character roles in all kinds of cinema – the so-called art films, middle-of-the-road projects and masala entertainers. Ghraonda (1977) earned him prestigious awards but it was his initial Marathi films and plays that made him a living legend. His performances in plays like Natasamrat and movies such as Pinjara (1972), Samna (1974) and Sinhasan (1980) earned him a permanent place in the pantheon of great actors. He also played Gopal Krishna Gokhle in Richard Attenborough’s Oscar-wiining Gandhi (1982).

Dr Lagoo, however, was one of those actors who believed that no role was big or small. He had no qualms in doing a two-scene part if he felt it offered him a chance to perform. It remained an intrinsic part of his philosophy as an actor. He remained busy for about two-and-a-half decades in Hindi cinema before making a quiet exit to settle down in Pune. He had a major setback in his life when one of his sons died in an accident but he kept himself busy, espousing the cause of theatre till his last breath.