Veteran Bollywood actor-director-writer-comedian died. He was 81. 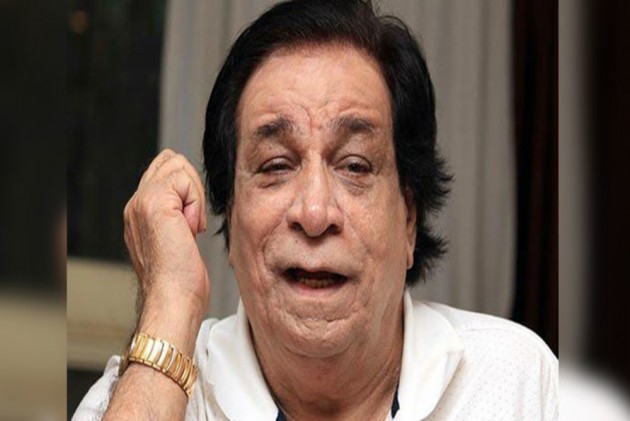 Veteran Bollywood actor-director-writer-comedian and a Quran scholar, Kader Khan died after a prolonged illness at a hospital in Toronto in Canada, a family member said on Tuesday. He was 81.

Khan was admitted to a hospital in Canada and his son confirmed that his last rites will be conducted in the country.

"My dad has left us. He passed away on December 31 at 6 pm as per Canadian time due to prolonged illness. He slipped into coma in the afternoon. He was in the hospital for 16-17 weeks.

"The last rites will be performed here in Canada only. We have our entire family here and we live here so we are doing it," Khan's son Sarfaraz told PTI.

"We are thankful to everyone for their blessings and prayers," he added.

The news of the death of the actor-screenwriter, who was at his peak in the 1980s-90s, comes days after his son dismissed media reports of his demise.

Khan had developed breathing issues and the doctors had reportedly transferred him from regular ventilator to BiPAP ventilator.

According to the reports, Khan was suffering from progressive supranuclear palsy (PSP), a degenerative disease that causes loss of balance, difficulty in walking and dementia. Kader also underwent surgeries for his knees in 2017.

Earlier on Friday, actor Amitabh Bachchan shared wishes for his good health on Twitter.“KADER KHAN .. actor writer of immense talent .. lies ill in Hospital .. PRAYERS and DUAS for his well being and recovery .. saw him perform on stage, welcomed him and his prolific writing for my films .. great company, a Libran .. and many not know , taught Mathematics,” he wrote in his tweet.

Born in Kabul, Afghanistan on October 22, Khan made his acting debut in 1973 with Rajesh Khanna’s Daag. Prior to that he had written dialogues for Randhir Kapoor-Jaya Bachchan’s Jawani Diwani. As a screenwriter, Khan frequently collaborated with Manmohan Desai and Prakash Mehra. His films with Desai include Dharam Veer, Ganga Jamuna Saraswati, Coolie, Desh Premee, Suhaag, Parvarish and Amar Akbar Anthony and films with Mehra include Jwalamukhi, Sharaabi, Lawaaris, Muqaddar Ka Sikandar.The actor has till now featured over 300 films. He has written dialogues for over 250 movies.

As a screenwriter, Khan frequently collaborated with Manmohan Desai and Prakash Mehra.