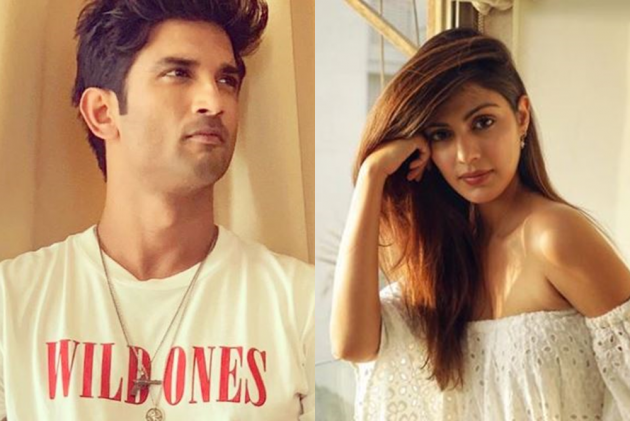 Actress Rhea Chakraborty has filed a reply in the Bombay High Court specifically mentioning that Sushant Singh Rajput died five days after he was given the medications prescribed by Dr Tarun Kumar, a medical practitioner in Delhi.

The prescription was obtained by SSR’s sister, Priyanka Singh, for the late actor. Rajput's sisters, Priyanka, and Meetu Singh have requested the Bombay High Court for an early hearing of their petition. The sisters fear arrest by the CBI.

Rhea has accused Priyanka and Meetu Singh, along with Dr Kumar, of allegedly conspiring to obtain false prescriptions to administer certain drugs to Sushant Singh Rajput, including those mentioned in the Narcotics Drugs and Psychotropic Substances Act (NDPS Act). She has also mentioned in detail about her strained relationship with his sisters and his father in her complaint. Meetu and Priyanka had filed a petition to squash the FIR registered by Rhea.

Rhea said the way the medicines were prescribed was in violation of the Indian Medical Council regulations and the Telemedicine Practice guidelines.

Advocate Satish Maneshinde appeared for Rhea in this case and said that he has already filed a reply to the petition. In the affidavit, Rhea has said that prescribing psychotropic substances without any consultation or examination is in violation of various provisions of the Narcotics Drugs and Psychotropic Substances Act, 1985 and the Telemedicine Practice Guidelines, 2020.

In addition, the prescription prepared by them in connivance with each other is fabricated. “Sushant was very much in Mumbai, Maharashtra and not in New Delhi. That is also surprising that Dr Tarun Kumar being a Cardiologist thought it is fit to prescribe medications to a person he did not know and had never met with Psychotropic substances. There is nothing to indicate that there was ever any teleconference held between Sushant and the accused doctor,” points out the affidavit.

When these bogus medications were provided to SSR, he was already undoing treatment for his bipolar disorder. On June 8, Rhea got to know that Priyanka Singh had given a list of medications for SSR, which were not earlier prescribed by the doctors he had consulted. Rhea, however, told Rajput not to consume these medications, more so given that his sister has no medical qualifications, and they were obtained through illegal ways. Days later, on June 14, Rajput died.

Maneshinde has also mentioned that the investigation against the sisters is at a very nascent stage and so the petition should be dismissed.