Sushant Singh's death, shrouded in mystery, is now a big national issue with round-the-clock media coverage and its echo is now being heard in the cacophony of electoral politics. 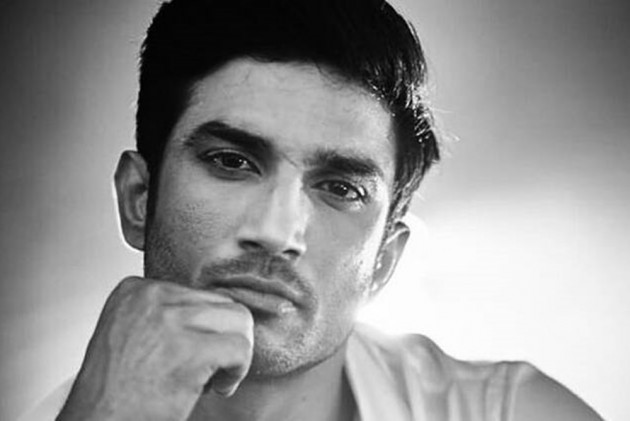 Sushant Singh Rajput, who died under mysterious circumstances at his Mumbai house on June 14, was the least political of all film personalities from Bihar. And yet, his demise appears to have emerged as a big issue in the upcoming assembly elections in the state.

From Shatrughan Sinha, Shekhar Suman and Manoj Bajpayee to Pankaj Tripathi, Prakash Jha, Neha Sharma and Neetu Chandra, actors and film-makers of all hues from the eastern state have been known for their political affiliations, connections or views. But Sushant steered clear of it all. Still, his name is being dragged into the electoral battle because his demise has become a big emotive issue in the run-up to Bihar polls, due in October-November.

A poster with a smiling picture of the actor, purportedly issued by the art and culture wing of the state Bharatiya Janata Party says, “Naa bhulenge, naa bhoolne denge (Neither forgotten, nor will be allowed to be forgotten)” has appeared on social media and elsewhere in the state. It has kicked up a controversy with the Opposition Rashtriya Janata Dal accusing the BJP of politicising the actor’s death.

The Lalu Prasad-led party emphasises that it was Tejashwi who had first demanded the CBI inquiry into the case. Tejashwi himself had accused Nitish Kumar of being indifferent to Sushant’s death, saying the Chief Minister had not even bothered to pay a visit to the bereaved family even once in Patna. The JD-U, however, counters it by saying that Nitish had done everything he could to ensure justice to the departed soul and his grieving kin.

Ironically, Sushant was not only an apolitical person who kept away from the rough and tumble of politics but he also did not wear his Bihari identity on his sleeve. Last year, when he visited Patna and his ancestral place in Purnia district to perform a family ritual, he kept it a very low-key affair. Even though he had become a big star after playing the titular role in Bollywood in, M.S.Dhoni: The Untold Story (2016), he remained an unassuming and soft-spoken person, without the trappings of an average film star. He kept to himself, not at all interested in the politics. He was interested, as everybody knows now, in physics, astronomy and other academic pursuits.

It is not as though he did not have any connection in politics. His first cousin Neeraj Kumar Bablu, now a BJP MLA, has been a multi-term legislator and his sister-in-law, Nutan Singh (Bablu’s wife) remains a Lok Janshakti Party legislator. Sushant hit it off with both of them but he had absolutely nothing to do with their politics.

It is, of course, unusual for a Bihar-born celebrity. Shatrughan Sinha, known as Bihari Babu, has been a four-term MP of the BJP (two-term in Rajya Sabha and  Lok Sabha each). He was the first film star in the country to become a Cabinet minister at the Centre. He has since joined the Congress. Shekhar Suman too dabbled in politics and contested the Patna Lok Sabha election against Shatrughan on the Congress ticket from the Patna Sahib constituency in 2009. After Sushant’s  demise, he even held a joint press conference with RJD leader Tejashwi in Patna to demand a CBI probe into the 34-year-old actor’s death.

National Award-winning actor Pankaj Tripathi had also joined ABVP while he was in Patna in the 1990s and was even jailed for seven days for protesting against a police firing during Lalu Prasad’s regime in the 1990s. Later, he moved to Bollywood via National School of Drama in Delhi.

As for others, Prakash Jha has also contested parliamentary elections on the LJP ticket, without any success, from his native West Champaran district. Actress Neetu Chandra of Garam Masala (2005) and Traffic Signal (2007) fame, produced an acclaimed Bhojpuri movie, Deswa (2011), which depicted how things had changed from the era of the lawless days of the 15-year-long RJD’s regime in Bihar during Nitish  Kumar’s tenure. Nitish himself had watched the film at a special screening in Patna. Another Bollywood actress from Bihar, Neha Sharma, also has political connections. She came to campaign for her father, Congress MLA Ajeet Sharma, while he was contesting from Bhagalpur seat in 2015 assembly elections.

Manoj Bajpayee, for one, has not openly joined any party as yet but he has been vocal about the various socio-economic-cultural issues pertaining to Bihar. Sushant, however, showed least proclivity to do any such thing in his lifetime. He left Bihar for Delhi after the death of his mother in 2002, cracked an engineering test but left his Delhi college midway to pursue a career in Bollywood. He chased his dream, and made it on his own, until everything came to an abrupt end on June 14.

His death, shrouded in mystery, is now a big national issue with round-the-clock media coverage and its echo is now being heard in the cacophony of electoral politics. Sushant undoubtedly deserves justice and the three central agencies, including CBI, are investigating if there was any foul play in his death. But knowing the extremely private person that he was despite being part of as high-profile and glamorous an industry as Bollywood, finding him in the middle of all the din and clamour since his demise, in or outside the electoral battlefield, seems nothing but incongruous.