Shefali Shah On Directing: It Is Very Addictive

In an interview with Outlook, actor Shefali Shah talks about directing two short films for the first time in her career and how she is finally getting the roles that she always wanted to do. 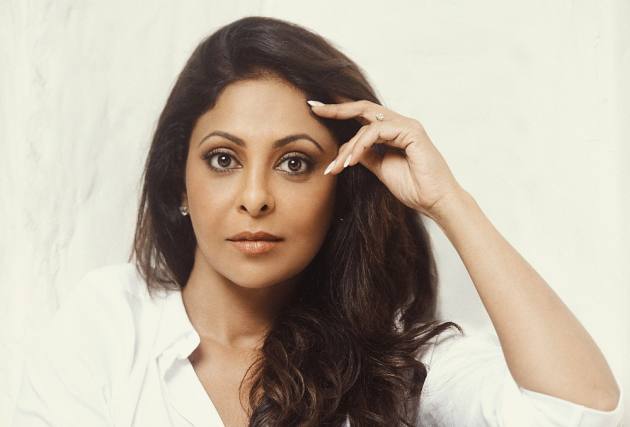 Actor Shefali Shah tells Outlook what went behind making the short films ‘Happy Birthday Mummy Ji’ and ‘Someday’. She talks about how directing can be addictive and how it took her ages to get the kind of roles that she always wanted to do. Shefali is happy that finally there are scripts and roles which are made keeping her in mind. Excerpts:

How did ‘Happy Birthday Mummy Ji’ and ‘Someday’ happen?

Well one of the things that struck me the most about the lockdown and the pandemic was the isolation, distance and separation from people you love. In fact, if I have to describe my short film ‘Someday’ and explain how the idea came to me in one line.Tthe thought that recurred to me during the lockdown was if the disease doesn’t kill you, the distance will surely kill you. And that is where my idea came from. Both films are based during this time of the pandemic and they talk about isolation.

Shilpa Shetty Kundra On ‘Hungama 2’ Releasing On OTT: I Am Not Nervous Because Now Box Office Doesn’t Matter

In these two films, we were forced to question our relationships. Whether you are a homemaker, a mother or a wife, you are recognized by the relationships you have and everyone starts taking you for granted and more so, you start taking yourself for granted. The pandemic is an unprecedented situation and we never expected it to happen the way it has happened. It has changed all of us. The pandemic made us realize how unpredictable life is and what we have is ‘today’ and ‘now’. So, that’s where the idea of my short films came from.

Where did the idea of directing a film come from?

I always wanted to direct, but I wasn’t very sure if I can take the responsibility of a full-fledged feature film. During the pandemic these two short-films came to me. First it was ‘Someday’ and then ‘Happy Birthday Mummy Ji’ happened. It was a switch that went on and I felt that life is too short so I have to do it. I can’t keep waiting throughout my life to get the chance and time to direct. So, I just said as soon as the lockdown opens I have to direct. And I must say direction is addictive.

No, the pandemic just didn’t give me any time for myself. It was great that the family was together, but after the initial honeymoon it was crazy because you didn’t get a minute to yourself. All you were doing was housework, cooking or attending to who did what. And not to miss, we were going crazy about sanitizing everything around us.

When it comes to short films how tight and sharp does the script need to be and how different is the treatment?

In a short time you have to tell a complete story so the script has to be crisp.  And just because it is a short film does not mean you don’t treat it visually, script wise, performance wise, music wise any lesser than a feature film. You have time constraints and money constraints which makes it more challenging. And you don’t want to compromise on your creative vision. And it has to be crisp and I feel any kind of medium cannot be indulgent because the moment it becomes indulgent for a director, maker or performer, it loses its attention.

What were the precautions you took while shooting these films?

During the lockdown I wrote the scripts. The idea just came to me and I just had to pen it down. Then as the lockdown was easing out I started the shoot. I just had a bunch of assistant directors with me and they were ready to help. And these ADs wanted to be a part of this project and they happily joined me. We had these script sessions and we discussed how we wanted to do it. It took a lot of prep and finally everything fell into place. Antara Lahiri did the editing of ‘Happy Birthday Mummy Ji’. I never met her physically. Same goes to the person who did the music. And it was just strange that I did the film with people whom I didn’t meet.

Do you have any plans of directing a feature film?

I want to, but I don’t know when. Finally, I have been getting to do the kind of work I always wanted to do as an actor and I have a lot of work lined up. So, definitely I won’t be doing any more direction this year. But as Vipul Shah (producer, director and her husband) says that you took so long to prepare to make short films that if you do a feature, you will probably vanish from acting for a year. So, right now I just want to enjoy being an actor. This doesn’t mean I am not going to direct. I will do it, but at my own pace.

How do you feel about getting the right kind of roles to play now?

It took like a hundred years for that. This is the kind of work that I wanted to do and it changed because of ‘Delhi Crime’ because of the perspective of people towards me. Not that the industry didn’t love my work, but now it has finally started translating into the kind of work I want to do. The offers that come to me now whether it is leads or parallel leads, they are just the kind of acting that I have been yearning for.  ‘Delhi Crime’ changed my career graph. And finally, there are now scripts and roles that have been written keeping me in mind.

What do you think are the changes brought about by the OTT platforms?

What is next in store for you?

I just finished shooting for ‘Human’. It is a medical thriller and it talks about the underbelly of the medical world and human drug trials. I totally love it and I am extremely excited about it. Right now I am shooting for ‘Darlings’. It has got Alia Bhatt, Vijay Varma, Roshan Mathew and me. It’s a dark comedy. It is wicked and funny and again it is a part I haven’t played before. Then I am doing ‘Doctorji’ which is again a very good script. It is warm, funny and sensitive.