Rumi Jafry on Rhea Chakraborty Missing From 'Chehre’s Poster: ‘Had We Shown Her, People Would Have Said We Were Doing It For Publicity’

In an exclusive conversation with Outlook, filmmaker Rumi Jafry talks about his upcoming film ‘Chehre’, his thoughts around the controversy involving the film’s poster and Rhea Chakraborty, his second innings as a filmmaker and more.

Filmmaker Rumi Jafry is quite excited about his upcoming film 'Chehre' starring Emraan Hashmi, Amitabh Bachchan and others. In an exclusive interview with Outlook, he talks about many things around the film including the controversy surrounding Rhea Chakraborty’s absence from the film’s poster, working with  Bachchan and the other brilliant craftsmen who could match up to the superstar’s calibre. He also talks about how he wants to enjoy the second phase of his life in doing films that make him happy. Excerpts from the interview:

What’s the reason behind the film’s title ‘Chehre’?
The title of 'Chehre' came from the fact that every human has a unique face and there is another ‘Chehra’ in everyone which all cannot see. There are different faces or rather, I would say personalities in a human’s life. There is a chehra (face) that his friends know of, there is a chehra which his family know and again there is a chehra that his colleagues know. So, I wanted to portray that there is a chehra behind every chehra.

Tell us your reasons behind getting Amitabh Bachchan for the project.
This is my fourth film with Amitabh Bachchan. I never had a problem in getting him for my films because he is an extremely broadminded actor and he is very fond of me. I have done many commercial and romantic comedy films with him, but now I felt it is time to do something different. I wanted to reinvent myself and do something that is out of the box. My friends told me ‘why are you adamant on doing something different, your usual films do so well?’ But I felt that I have reached a certain stage of my life when I should follow my heart and do what my heart says. When I told Amitabh that I would like to do something different and new as compared to my previous works, he said whatever new I do, he will be by my side. Then I started looking for a new subject and that’s how ‘Chehre’ was born and I was able to convince Amitabh Bachchan. 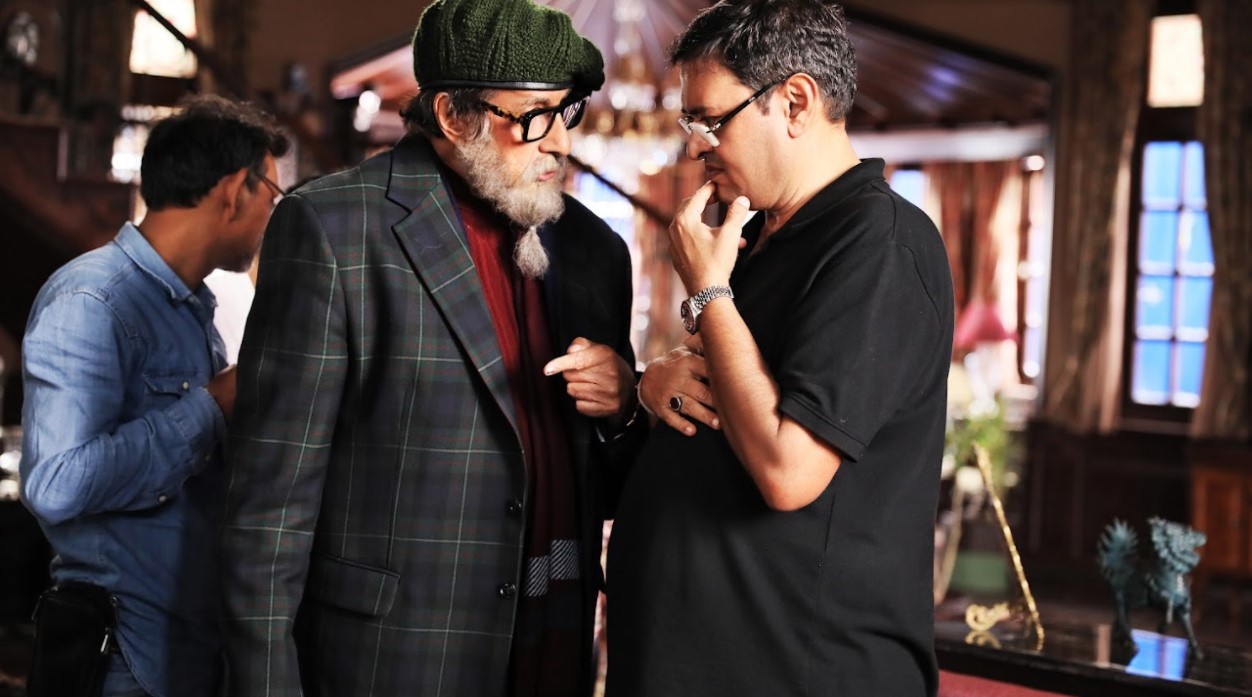 What were the most challenging scenes from the film?
The most challenging part was doing a genre that I have never done before. It’s like an economist trying to become a doctor after thirty years of work. This is the first time that I did a thriller and I would like to say that thriller gives a lot of scope to the director. And as a craftsman that’s exactly what you want to create some excitement and something that is new which makes you feel alive. It was a challenge, but a well thought challenge. I just didn’t plunge into making this film. A lot of thought went behind it.

As a kid when we watched Amitbah Bachchan’s films, the audience used to always clap after each of his dialogues. Here in ‘Chehre’ too I wanted the same response from the audience. Now I want the audience to clap and [also] remember each and every dialogue that he delivers in the film. The second challenge was that there should be someone as talented and dynamic an actor who should be able to stand beside Amitabh Bachchan and not get overshadowed by his performance and personality. So, getting Amitabh Bachchan was not as difficult as it was to get other actors who could match up to his calibre. So, we got Dhritiman Chatterjee, Annu Kapoor, Raghubir Yadav. So, to get actors of the same talent and put them in a same frame was the toughest part for me. And to see all of them together is going to be an experience not only for me, but for everybody.

Working with Dhritiman Chatterjee, who is a  legend in Bengali cinema, was also a dream come true for me.  Getting him was also a task because I was not sure whether he will agree for my film, since he is a classic actor in Bengal. He also loved the story line of my film and agreed to work with me. In 'Chehra', Annu Kapoor plays the role of a sardar for the first time. I have also designed each character of the film differently. I have given a very different look to Raghubir Yadav too.  To give a new look to Amitabh, what I did was, I had put up photos of each of the Amitabh Bachhcan’s rolesthat he has done in the past, on the wall  and thought of a look which was going to be very different from his past appearances. 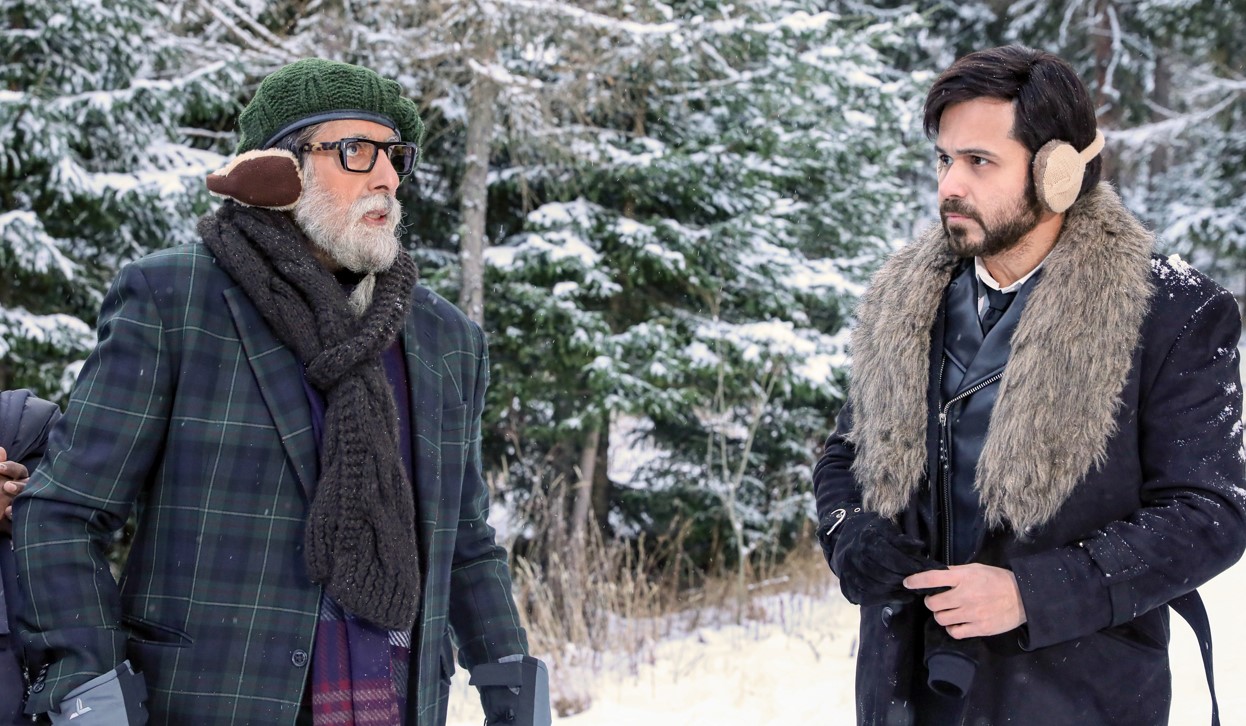 Why did you wait for a theatrical release?
When I made the film before the pandemic, I wanted my film to go to theatres because that’s how I have crafted the film. ‘Chehre’ is my dream project in which I wished to do something different in the second half of my career. I wanted to explore a new topic and in today’s theatres the sound, projection and lighting are brilliant. I feel there is a lot of fun attached to watching a film in a theatre. I will say the producer of the film [Anand Pandit]  was extremely cooperative and agreed to hold the film for a year so that it is released in the theatres only. So, please pray to God that the gamble we are playing in putting it up in theatres should work for us in a positive way. I feel the content of OTT and theatre are different, so both will coexist.

How do you react to the controversy surrounding Rhea Chakraborty not being included in the film’s poster?
She is there in the trailer and she is very much there in the film. It is her bad luck that she has got trapped in a controversy. She is not there in the poster I admit, but Siddhant Kapoor is also not there in the poster, but nobody said anything about that. Had we shown Rhea on the poster, then also people would have said that by showing her we want publicity for the film. There was a promotion plan that was made much ahead of Rhea Chakraborty’s [earlier] controversy. The film was locked way before the pandemic. She plays a very important role in the film. So not a single frame of the film where she is there is cut or added. Her performance is brilliant in the film. This is going to be one of her major projects.

What are your expectations from the audience regarding ‘Chehre’?
I have a huge expectation from the audience so that they come and watch the film in the theatres. I have put in lot of love, hard work and kurbani (sacrifice) in making this film. I want to show my ‘Chehre’ proudly to the world after the release of the film and if it doesn’t work, I will have to hide my Chehre (laughs).

And finally, what are your thoughts on the second phase of your career as a filmmaker?
Doing this film is a big challenge for me. From the time I have come to Mumbai, I have been struggling. So, I want to do films that makes me feel happy now. Basically, I want to enjoy the second phase of my life. With ‘Chehre’ I tried making a very beautiful subject. Now in the second innings of my life, I just wanted to make films according to my own wish and that will give me happiness from within which I couldn’t do in the first phase of my career. Joh Bhi karo Apne dil ki suno. (Whatever you do in life, always listen to your heart). And this is the motto of my life now.

Who Is Aafia Siddiqui? Ransom Against Texas Synagogue Hostages

Explainer | Russian Troops Restored Order In Kazakhstan; Will There Be Peace Now?