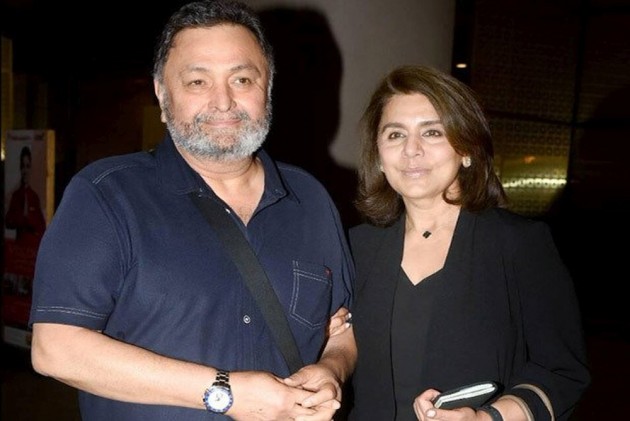 Taking to his twitter handle, Rishi expressed his happiness about his homecoming after a very long time.

Several pictures were doing rounds on the Internet in which the couple was seen happily posing for the paparazzi.

Donning a denim shirt and jeans, Rishi looked in the pink of health.

The "Chandni" actor was in the Big Apple to undergo medical treatment for cancer.

A slew of family, friends, and celebrities from across the world, including Shah Rukh Khan, Aamir Khan, Priyanka Chopra, and Karan Johar, have visited Rishi over the past months.