Ranbir Kapoor and Alia Bhatt get welcomed in Manali style as they head to Himachal for Brahmastra's shoot schedule. 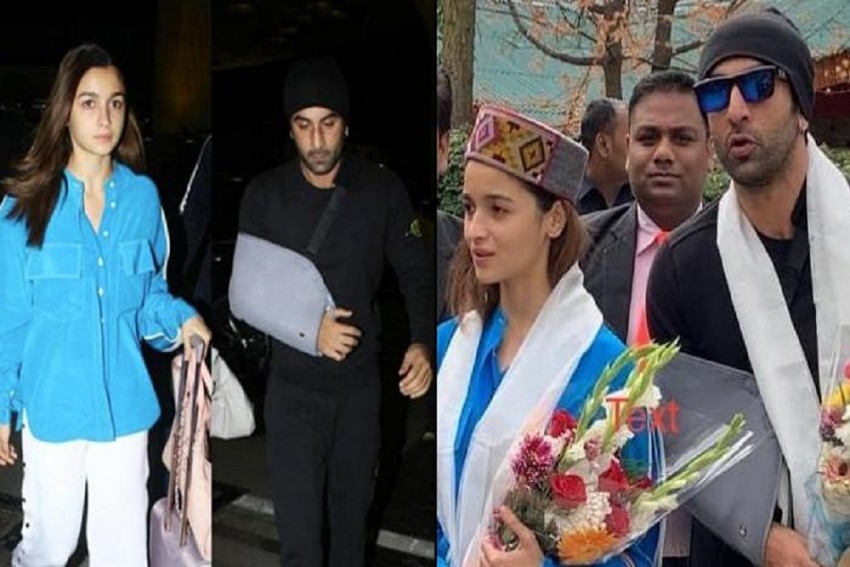 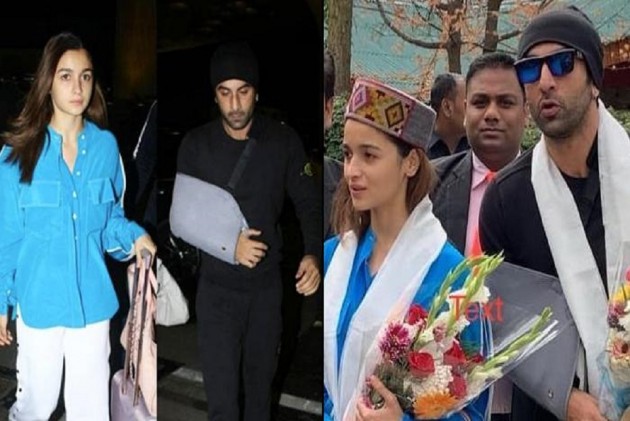 Ranbir Kapoor and Alia Bhatt make one of the cutest Bollywood couples. The love birds are all set to be seen sharing the screen for the first time with Ayan Mukerji's upcoming superhero film Brahmastra. The film revolves around Shiva, a reluctant hero who heads on a path of self-discovery where he not only finds himself but also finds love and rises above the dark forces trying to hold him back. The film also stars Amitabh Bachchan, Mouni Roy and Akkineni Nagarjuna in pivotal roles where Mouni will be seen serving the negative female lead.

Recently, the love couple jetted to Manali to shoot for Brahmastra and the two received a warm welcome by the netizens ahead of the shooting schedule. A picture from the same has recently surfaced on the internet which shows Alia and Ranbir don the Himachali style as they wear the traditional Manali cap and muffler. A few hours ago, Ranbir and Alia were papped at the airport leaving the town together and here they are!

The couple is also seen holding flower bouquets in their hands and it is surely a gesture that will help the actors pump up their performance.

Being the first part of the promised trilogy, there is a lot of buzz surrounding the film as the fans are eagerly waiting to see their favourite couple Ranbir and Alia together for the first time on screen.