On Tuesday morning, the makers of the musical drama featuring Pratik Gandhi and Aindrita Ray announced that they have changed the title from ‘Raavan Leela’ To ‘Bhavai’ ‘after receiving requests from the audiences’ to respect their sentiments. 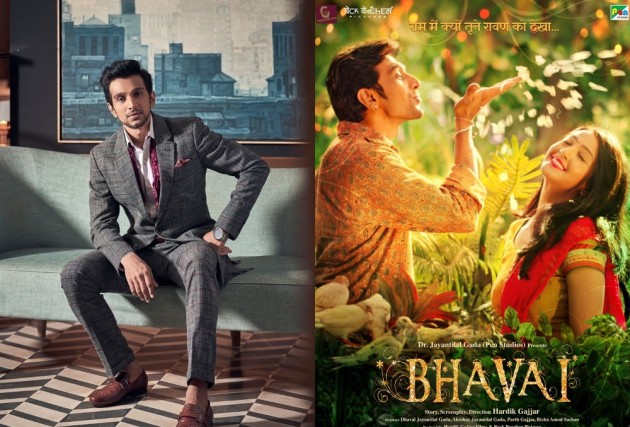 Pratik Gandhi “understands” the reasons behind makers’ decision to change the name of the film ‘Raavan Leela’ to ‘Bhavai’, after there was strong backlash against the former title of the film.

“When it comes to beliefs, it is a very tricky situation, because it can be anything and still you don’t want to hurt anyone’s beliefs. Our story is also very different and is such that it will not affect anyone’s beliefs. But I understand why the makers have changed it,” he says.

On Tuesday morning, the makers of the musical drama featuring Pratik Gandhi, Aindrita Ray, Rajendra Gupta, Rajesh Sharma, and Abhimanyu Singh, announced that they have changed the title of the film “after receiving audience requests" to respect sentiments.

“I am happy to honor the wishes of my stakeholders and audience, the love we have received for the film thus far is resonance of the fact that good cinema is the need of the hour. Cinema is a medium meant to entertain people and so is our film. Audiences have showered Pratik with love for his work and we hope that this film will only see it multiply. It's a film that is close to our hearts and we are confident that audiences will love it with all their hearts too," director Hardik Gajjar said in a statement.

The trailer of the Pratik Gandhi starrer garnered over 10 million views within a span of three days, proving that the audiences are excited Pratik Gandhi’s movie debut in the Hindi film industry.

'Bhavai' stars Pratik Gandhi, Aindrita Ray, Rajendra Gupta, Rajesh Sharma, and Abhimanyu Singh in pivotal roles, the musical drama is all set to enthrall the audience in the month of October.