Home  »  Website  »  Arts & Entertainment  »  'Nobody Could Put Shakuntala Devi In A Box, She Lived Life On Her Own Terms': Director Anu Menon

'Nobody Could Put Shakuntala Devi In A Box, She Lived Life On Her Own Terms': Director Anu Menon

Devi was not just a Maths genius but a versatile woman who lived her life the way she wanted, the film's director tells Outlook in an interview. 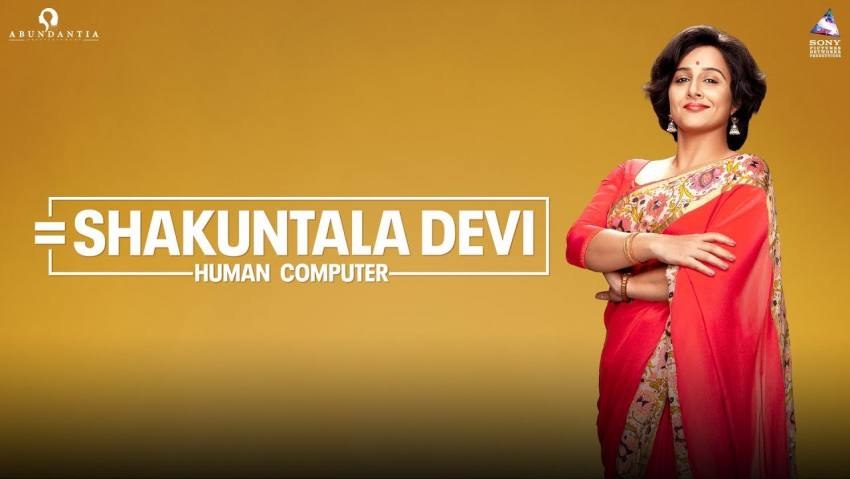 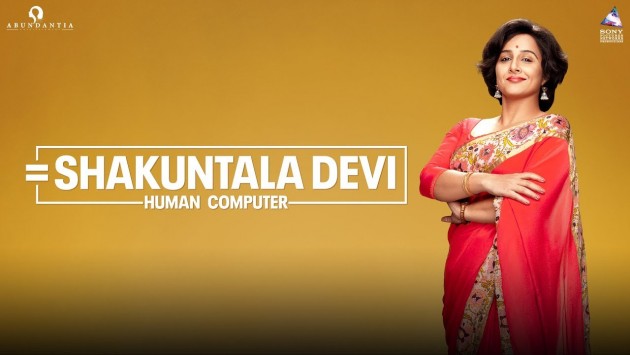 In a conversation with Outlook's Lachmi Deb Roy, director Anu Menon speaks about exploring Shakuntala Devi's life through the mathematician's daughter in her new film and casting Vidya Balan as Shakuntala Devi. Devi was not just a Math genius but a versatile woman who lived her life the way she wanted.

How did Shakuntala Devi happen to you?

I think I wanted to talk about women in science and Mathematics showing positive role models, that’s how it started. Then I got to know that Anu Banerjee, Shakuntala Devi’s daughter, lives in London and I live in London too. I haven’t really thought through much, just that I wanted to make a film on Shakuntala Devi and when Nayanika, my co-writer and I met Anu Banerjee, we just found an amazing story of a woman who was much more than just a Math genius. She actually went and did so many things whether it was astrology, writing books, standing for elections, travelling the world. I wanted to do a story of a woman who kind of lived her life the way she wanted. I also wanted to focus on the mother -daughter's perspective and from there the story of Shakuntala Devi took form. The fact is that she didn’t fit in a box and people might have had a problem understanding her. But I don’t think she cared.

I wanted to say to the world that maths is genderless. And sometimes people have the habit of associating Maths to be a man’s domain. Shakuntala Devi was not just a mathematician; she had this incredible talent, and she wanted to share the joy of Math with people. At the same time, she loved everything that a woman loves and she also got this incredible gift from God. She loved her clothes, her saris; she coloured her hair till she died, and she loved applying makeup. We have the tendency of putting things into boxes. She was a woman who loved Math and fashion both.

Which part of Shakuntala Devi interested you and what is it that you wanted to say about the character?

The best thing about her is that she dared listen to her heart. She lived life according to her own terms and conditions. She didn’t ask for validation from other people. Nobody could put her in a box. To me, I found that to be an amazing characteristic because we are constantly looking for validation from other people. The best thing about her was that nobody could put her in a box. She did what she felt was right. We always keep asking ourselves are we good mothers, are we doing enough for our kids? But she never did that. Her ability to do things that she felt was right was extremely inspiring. Like for me, I have seen a lot of people achieve success, but there are very few like Shakuntala Devi, with the same passion and grace. This is the interesting part about her. The mother-daughter relationship is filled with complexities and we wanted to show that.

I have heard that when you were thinking of making Shakuntala Devi, you always had Vidya Balan in your mind. Why was that?

To be honest, we started talking about making this film on Shakuntala Devi four years back and when I met Anu and her husband. She asked me who do you think will fit into the role of Shakuntala Devi? To this, I instantly said Vidya Balan, but I didn’t know the actor at all at that time. But Vidya was the only person on my mind when I started the journey of making preparations for the film. I found her to be very similar to Shakuntala in the way she has the courage to do things she feels is right. Vidya too doesn’t ask for validation for anything she does. I think they have a few core similarities in their characters. I knew she will be the right person to catch the essence of Shakuntala Devi on screen and the way Vidya walks into the room with her laugh, her energy, her self-confidence matched really well. Shakuntala Devi had an appetite for life and she was quite a drama queen too. She knew how to strike a conversation on anything. Hence, I felt that Vidya will be the right person to show it.

You have shown Math as an art form; was it derived from her real life?

She used to perform Maths on stage. And there was a lot of joy involved in it. She was quite theatrical. We tried to capture as much as we could from the daughter’s perspective. She made Maths an art form. She even mentions in the film that if people can do poetry on stage, why can she not do Maths on stage. Her story is mainstream and I didn’t want to make a documentary. She loved fashion, lived her life to the fullest, partied with celebrities, and she was well known for her saris and her individualistic style.

How did you make Vidya Balan agree to play the role? Tell us a little about Vidya turning into Shakuntala Devi...

She went through the script and was convinced that it was not a typical biopic, but it took her eight months to say yes. But when she said yes, she gave her thousand percent.

There is a lot of creative decisions that go behind when you are playing a real-life figure and we were capturing the whole journey from 20 to 65 years of age of Shakuntala Devi. And Vidya doesn’t look like Shakuntala Devi, but she was able to capture her spirit. We wanted to capture Shakuntala Devi’s swag and not imitate her because imitating somebody becomes boring and at the same time, we tried to be true to the era.

How did you choose the rest of the cast?

Vidya is a larger than life actor and we needed somebody who can stand up to her wit and sharpness. In real life, the daughter’s character doesn’t have all the razzmatazz, and we needed someone who had the quiet strength. So, we thought Sanya Malhotra would be the best person for the role and when we met her, she understood what we were exactly expecting from her. In fact, I call Sanya, the ‘quite pataka’.

Similarly, Amit Sadh and Jisshu Sengupta brings in a lot of credibility, and they are self-assured and confident and, in the film, while portraying their roles they allowed the women to flourish. Since all the artists agreed in the first instance, we didn’t have to go to too many people for the cast.

I am sure you wanted a theatrical release, considering that it is a mainstream commercial film; are you unhappy that it is going to be released on OTT?

Absolutely not. The message of the film is so strong and it talks about how Shakuntala Devi lived her life and especially in today’s scenario when there is so much negativity around us, I think this is the right time for the release of the film. Actually, women can be inspired from her character that if she could do so much in that era, then everybody today can live life on their own terms and not ask for validation. This is one film that can be watched with the entire family and we are not going to theatres any time soon, so I am happy that we can bring that theatrical experience into the bedrooms.

How many changes did you bring about in the film and the real Shakuntala Devi?

Overall, we have been quite truthful to the material, we have not glorified her unnecessarily or sensationalised anything. The film has a very simple message. But when you make a film, you will have to take a few liberties. Again, we didn’t do any drastic changes. In a film, every scene has to take the story forward, so you have to make those kinds of adjustments. But our pursuit was always truthful to the material that we collected by conversing with her daughter.

Women are not perfect in your films; they are always flawed. Do you make a deliberate attempt to do that?

I think nobody is perfect. Even if I had to do a film on a man, I wouldn’t make it perfect. I always want to keep characters closer to life and the way forward is to own your flaws as much as you own your strengths. And again, own your failures as much as you own your successes. But the pressure on women to be perfect is a bit more, so I don’t buy into that narrative that women should be giving at all time, and they should be like devis. I allow them to be messy!