In 2004, Papa CJ decided to quit his corporate job for comedy after visiting the Edinburgh Festival Fringe and has been awarded Asia’s and India’s Best Stand-up Comedian. 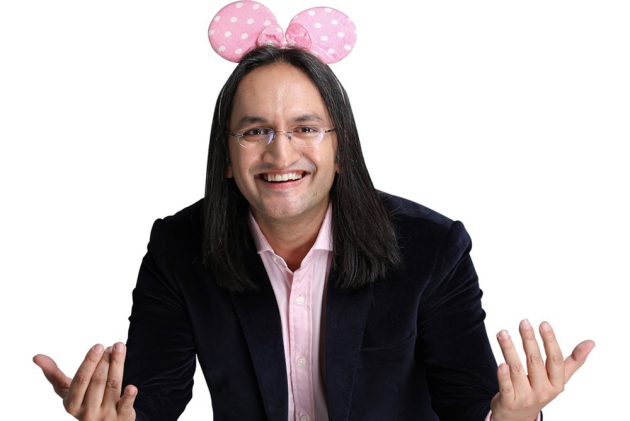 Much before the current breed of stand-up artists in India started cracking up audiences at offshore and onshore shows, Papa CJ had already paved that path. In 2004, he decided to quit his corporate job for comedy after visiting the Edinburgh Festival Fringe. Forbes magazine called him ‘the global face of Indian stand-up’ and Harvard Business Review referred to him as ‘one of the most influential comedians around the world’.

Entertaining audience and making them laugh is not Papa CJ’s only forte – he is also known for his motivational talks and his autobiography ‘Naked’.

In an exclusive conversation with Outlook’s Eshita Bhargava, Papa CJ talks about his journey, his creative procedure, what keeps him going, and much more.

How did it start? What inspired you to become a comedian?

My background is Oxford MBA, management consultant and executive coach. It was when I took a sabbatical from my day job in London that I stumbled across stand-up comedy for the first time at the Edinburgh Fringe Festival. Here was a guy with a beer in one hand and a microphone in the other, just having fun. I couldn’t imagine doing anything better. Three months later I did my first gig in London, went on to do another 700 in the UK over the next 3 years and I never looked back. Sometimes I joke that I got burnt into comedy because I saw Jason Byrne, Brendon Burns and Ed Byrne in Edinburgh and they inspired me to go forth and give it a go. I’m pleased to say that since then I’ve shared both drinks and stages with all three of these comedy giants.

How do you create your jokes?

All my jokes come out my own life experience and my point of view on the same. But an observation or idea only becomes a ‘joke’ after it has been tried on stage in front of different audiences multiple times, at the end of which I’ve found out the very best phrasing, delivery, and point of view from which to present the thought based on audience response to the different iterations.

How do you save the situation when no one laughs? Has it happened?

Of course, it has happened. Many times. As a younger comic I would take that audience feedback on board and look at ways in which I could improve the joke that they didn’t laugh on, so it would work. Now I just point out to the audience that I’ve done this over 2000 times in more than two dozen countries. So if they aren’t laughing, I’m judging them because they have failed! 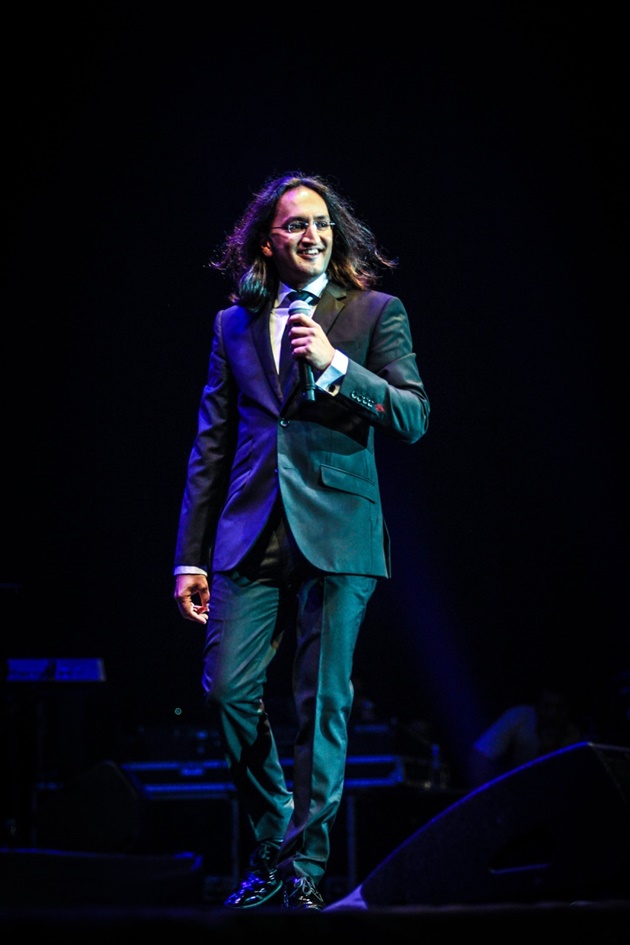 Is it possible to be a comedian without being branded as “racist” or “insensitive” or “vulgar”?

How does it feel to be called as ‘Asia’s Best Stand-Up Comedian’?

Comedy is extremely subjective and what one person likes is completely different to what another person does. Therefore I don’t inherently believe there is any such thing as ‘the best stand-up comedian’. And I have far too much respect for the many talented comedians I have worked with on the continent to believe that I am ‘better’ than all of them – it would be extremely stupid and arrogant for anyone to believe that.

The above being said it does feel nice to know that the 16 years I’ve spent as a comedian traversing the globe and trying to make people laugh has touched the lives of enough people for them, in the subjective world of comedy, to choose me as one of the comedians they most enjoy watching. And since they had to pick somebody to give this award to and they picked me, from a marketing point of view I’m going to stick it on every poster I possibly can!

What attracts you to stand-up comedy?

When an audience is in front of me I can make them forget all their problems and just laugh. That gives me incredible joy. When people watch a show like Naked and can see the positive in the challenges that life has thrown their way, which motivates me. When the pin-drop silence in a room is shattered by a roar of laughter created by a punchline I have just delivered, that gives me a high. My mission in life is to try and help others be the best version of themselves and I believe that stand-up comedy allows me to do that not just for others but for myself as well.

How do you think comedy has evolved in India in the last decade or so?

In an age of instant gratification stand-up comedy gives you exactly that. Snappy bite-sized content that you can consume while casually dressed in a chilled out environment, more often than not while enjoying an alcoholic beverage. No surprise then that the industry has been growing at a rapid pace in India. I expect it to continue to do so. Overtime not only will comedians evolve as they traverse their inner journeys but audiences will also evolve and demand more and better from their comedians. We already have a vast pool of talent, some very good, who are working hard and making a name for themselves both domestically and internationally. This will only get better. The beauty of our country also is that the size and diversity allow for comedians to succeed in any language and any genre. They can be true to themselves and comfortable in their skin and no matter what form that may take, there is a large enough audience for that. So I see huge growth in ‘regional’ stand-up comedy as it is called as well.

What do you think about comedy as a medium to send a message?

Comedy can be an extremely powerful tool to communicate a message in a simple, clear, precise and memorable way. Mary Hirsch said that ‘Humour is a rubber sword - it allows you to make a point without drawing blood.’ That being said, I don’t believe it is for anyone to tell a comedian that he or she must use comedy as a force for change. Some comedians may choose to just do everyday observations. That’s their choice. To each their own.

Three things important to be a comedian.

The three qualities I admire the most in another are compassion, humility and respect for others. This is regardless of whether they are comedians or not. To be a comedian I think you need have a keen sense of observation, and ability to take failure in your stride and a passion for the art form that will allow you to plough through the hard times that will inevitably come your way.

How do you differentiate between roast and comedy?

Personally, I have no problem teasing or embarrassing my audiences (and I do that a lot) but I never want to be hurtful. In my opinion, the content of roasts can be quite mean and while I confess to having enjoyed watching a few Comedy Central ones, I don’t think I’d like to roast somebody myself.

What keeps you going?

The love of the game, the love of my audiences and caffeine!

How boring it would be if I knew! I didn’t expect to become a comedian or an author but I’ve always been open to exploring possibilities that sound interesting and I continue to remain so. In the past few months, I’ve been mentoring CEOs of large organisations and coaching start-ups on how to pitch for funding. So who knows where the road will take me next. I thrive on that uncertainty.