In conversation with producer, story writer and creative director Sandip Singh on PM Narendra Modi biopic and his clarification on using veteran lyricist Javed Akhtar’s name on the film’s trailer. 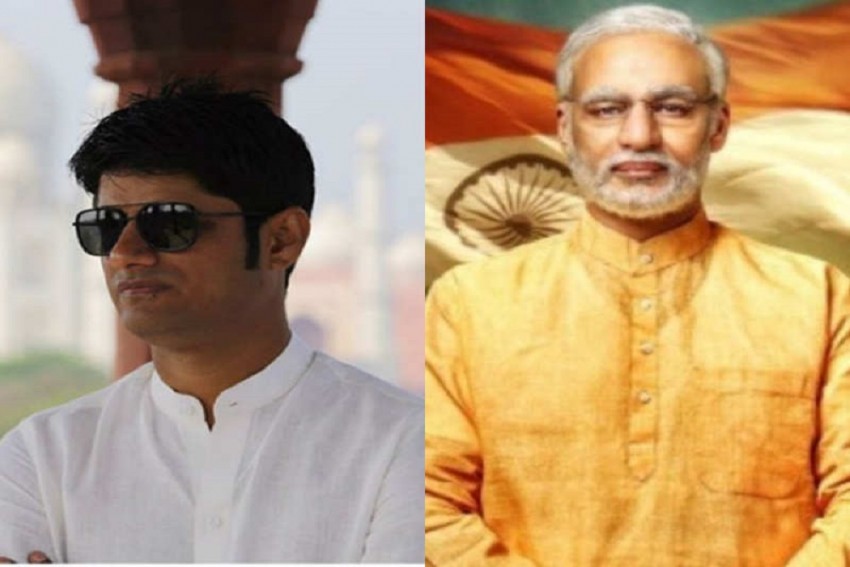 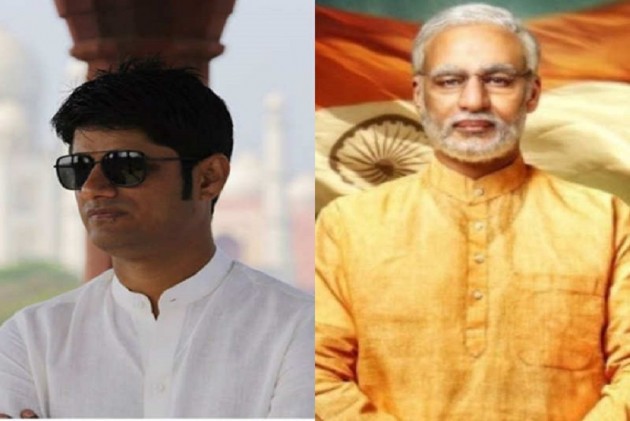 Sandip Ssingh, producer of an upcoming biopic on PM Narendra Modi, says has always shown interest in stories of an individual's journey. In an interview to Outlook, Ssingh talks about the biopic and the controversy surrounding lyricist Javed Akhtar's name.

Q: What made you  produce a movie on PM  Narendra Modi?

A: This question is always being asked to me. It is very simple, he is a person whose story needs to be told because his journey is incredible. It is a journey that inspires, it is a journey that motivates you to do something for the nation. I really believe that this story should have been told much earlier to inspire 1.3 billion people of this country. When I heard this story, I instantly decided to research and it got me involved completely and here we are.

Q: Veteran lyricist Javed Akhtar said he has not written any song for ‘PM Narendra Modi’ and is "shocked" to find his name in the credits of the film’s trailer. What do you have to say about this?

A: T-series is the official music partner of our film and we have taken the songs Ishwar Allah from the film 1947: Earth and Suno Gaur Se Duniya Walon from the film Dus. Thus we have given due credits to Javed Sahab.

Q: What did you keep in mind when working on the storyline?

A: I kept in mind the simplicity, the humanity and the inspiration this man is. I wanted to tell the story of this common man, a story of a visionary, who thought of serving the nation. From a Chaiwala to becoming the PM of India, his journey is nothing but motivating.

Q: How is this  biopic different from your other biopics?

A: Aligarh, Sarabjit, Mary Kom -- all these films had different journeys and stories. Every story has a different side to it; it is about the way we look at it, make it and present it. This one was definitely challenging as it is about a living legend, its a biopic on the serving Prime Minister of our country. We wanted the film to look like a commercial film and not a documentary exactly like the other biopics I have been a part of.

Q: What points did you keep in mind when looking for an actor to play the role of PM Modi?

A: I was very sure that I was looking for an actor who is experienced and passionate. I wanted the actor to dedicate one year to understand the journey before the shoot begins. When I spoke to Vivek, he immediately agreed. Together we have rehearsed, watched PM's speeches, and interviews. Vivek gave approximately 15 look tests before we got the final one. Each look test needed seven to eight  hours of make up each day.

Q: Why did you choose Vivek Oberoi as Narendra Modi for your film?

A: Vivek made an unconventional debut with movie Company and also gave Saathiya in the same year. He has proved himself as an actor. He has approximately 18 years of experience and has done versatile roles. I think his personality suited the role. I have not seen anyone  dedicated and focussed like him.

Q: How long did it take to complete the movie?

A: The making took less time, approximately 39 days; but it was the thought  - the courage to make the film that took almost four years. Whenever I took an initiative, I was demotivated by everyone around me. Everyone said that I can't tell this story and nobody will allow me to make the film. But I had faith in the story so I went ahead and finally here we are. The film is completed in just 39 days of shoot. I hope the film inspires the nation.

Q: Are you keeping in mind the election time for the release of the movie?

A: I am a filmmaker, focusing on just making the film. I am just a citizen, a small part of this big country. All we filmmakers do is make films, we cannot keep elections or any other aspects in mind. We just want to tell the story that has inspired us and hope that it inspires the country.

Q: How is this movie special to you?

A: I have been a part of films like Goliyon Ki Raasleela Ram-Leela, Rowdy Rathore, Sarabjit, Aligarh, Bhoomi. However, this film is very special and close to my heart. We have learnt film making through this movie. The film will traverse the journey of Narendra Modi from his humble beginnings to becoming the Prime Minister of India. It has been shot across Gujarat, Uttarakhand and some bits have been shot in Mumbai and Benaras.