Several Bollywood stars extended their support to Shah Rukh Khan after his son Aryan Khan’s arrest by the NCB on Sunday with the hashtag #IStandWithSRK trending on Twitter. 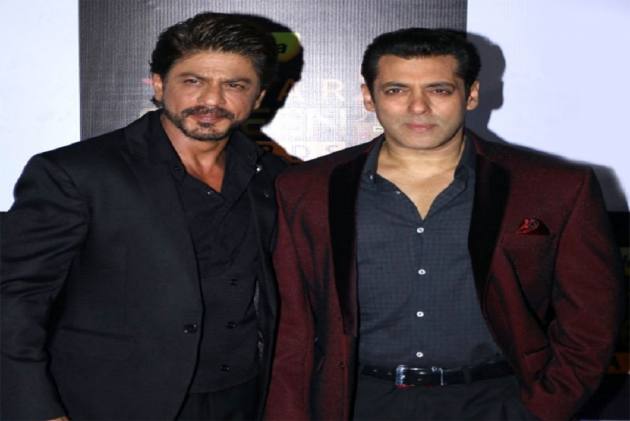 Bollywood actor Salman Khan visited Shah Rukh Khan’s residence, Mannat, in Mumbai on Sunday night while several other Bollywood stars including Suchitra Krishnamoorti and Pooja Bhatt extended their support on social media to the Bollywood superstar after his son, Aryan Khan’s arrest by the NCB in after the agency had busted a party on a cruise ship where drugs were being consumed.

Once srk said - " If something bad happens to him and his family, Salman Khan will come to help first". pic.twitter.com/0pyssBiy19

The Murky World Of Mumbai’s 'Coke Daddies': Aryan Khan Is Only A Tip Of The Iceberg

Meanwhile, actress Pooja Bhatt took to Twitter and said that she was standing by SRK during this tough time.

I stand in solidarity with you @iamsrk Not that you need it. But I do. This too, shall pass. ðÂÂÂ

Suchitra Krishnamoorthi, who was SRK’s co star in the popular 19993 film ‘Kabhi Haan Kabhi Naa’, stood by SRK and lamented the fact that Bollywood celebrities are easy targets. In a series of tweets Krishnamoorthi wrote that the several NCB raids last year yielded no results either.

For all those targetting #Bollywood remember all the #NCB raids on filmstars? Yes nothing was found and nothing was proved. #Bollywood gawking is a tamasha. Its the price of fame

On Sunday, before Aryan's arrest actor Suniel Shetty had appealed to give Aryan a break.

The actor further added, “Whenever something happens in Bollywood, the media scrutinises everything and jumps to conclusions. Give the child a chance. Let the truth come out. It is our responsibility to take care of the child.”