In an exclusive conversation with Outlook, singer-songwriter Armaan Malik, who has been extremely vocal about the subject over the last 15 months, especially on social media, feels he never even thought about his mental well being, before the lockdown was implemented. 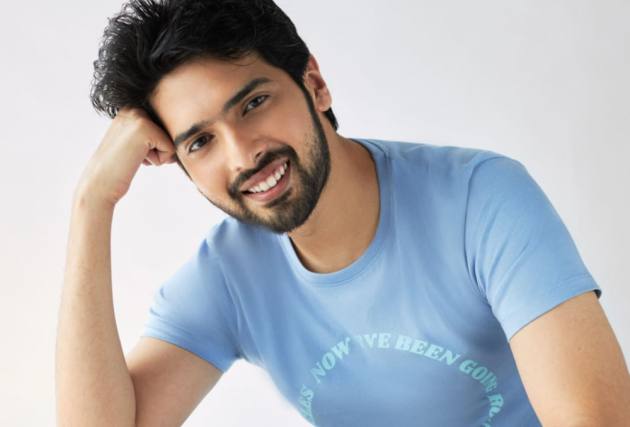 He might have sung “almost 250 songs” in his career, which started when he was still in school. Yet for singer-songwriter Armaan Malik, the excitement to record a new song has always remained the same.

“I [Still] get excited like a kid before every song release. Every time a new track comes out, it’s like butterflies in my stomach and major nervous excitement,” he tells us.

“I remember when my debut English pop song ‘Control’ was released, it felt like I had just started my journey all over again. I felt like this is my first track ever. [So,] When a song goes on to become a hit, I don’t experience a different feeling, just a sense of gratitude and love for the fans who support me unconditionally,” adds Malik.

For the 26-year-old singer, who has been the voice behind many hits such as 'Bol Do Na Zara', 'Jab Tak' and 'Tere Bina', it is “crucial” for him to understand the emotion in the song before he walks into the recording studio. “Having recorded for almost 250 songs, I have developed my own process of understanding the song and the feeling it’s trying to convey. Once I have that on lock, the rest flows naturally,” he says.

“MPPH is an out and out Bollywood romantic number and is something that my fans have been eagerly waiting to hear from me. I’m really overwhelmed with the response our song has received in just 4 days since its release While recording the song, I definitely did feel that it has all the necessary ingredients to become a hit, but one cannot accurately gauge the success of a song at such an early stage. A song like this grows over a period of time and enjoys enviable longevity,” he says.

Malik feels that while “the lyrics play a key role in guiding you to the world of the song,” the secret lies in understanding “the foundation of the emotion it carries.”

“Tum Aaogey’ has struck an emotional chord with the audience and a lot of my fans have even messaged me on social media telling me how the song perfectly describes their emotions of being a part of army families. It is a very emotional song and it requires a certain level of maturity and depth in delivery. For songs like these, where I need to tap into a certain emotion, I tend to adjust my studio to mimic the feeling, to help me get into the skin of the song,” he explains.

Malik, just like many other musicians, got the chance to explore the space of non-film music, a bit more than he was used to, courtesy of the ongoing pandemic. But with his last two film singles, Malik feels that the comeback of film music has created its own space in the country and finally established a ‘music industry’ in India, which, Malik feels had not existed in the pre-pandemic era.

“I think both film and non-film music are going to co-exist from now on, which is a beautiful space to be in. Indian musicians, for years, have been craving for a situation like this. We can finally say that we have a ‘Music Industry’ in India, and not just Bollywood. I’m glad we are seeing that change and transition right before our eyes,” he says.

Another thing that Armaan Malik learnt during the pandemic, has been his attention to mental health. The singer, who has been extremely vocal about the subject over the last 15 months, especially on social media, feels he never even thought about it, before the lockdown was implemented.

“I try my best to make sure I get some time to do things other than music, just so that I can clear out all the clutter in my mind. Self-care is extremely important, and the pandemic made me realise that I was lacking in that department in the hardest way possible. Owing to my work commitments, I never got time to look after my health. I let my physical and mental health take a backseat,” he says.

“But not anymore”, says Malik who has now made it his “mission” in life “to heal my mind and body and look after myself.”

“We’ve been hearing the “health is wealth” phrase for the longest time, but never has it hit harder than it did during the pandemic. It has not been easy at all juggling all these different facets of my career and life, but I think my team and I have somewhat developed a system where we are able to manage all of it somewhat smoothly. It’s the ‘getting time to do other things’ that gets very difficult to achieve,” he signs off.