The screenplay rambles in many directions for long before one realises that the overall theme and premise is all about lack of passion on the one hand and sexual desire on the other. 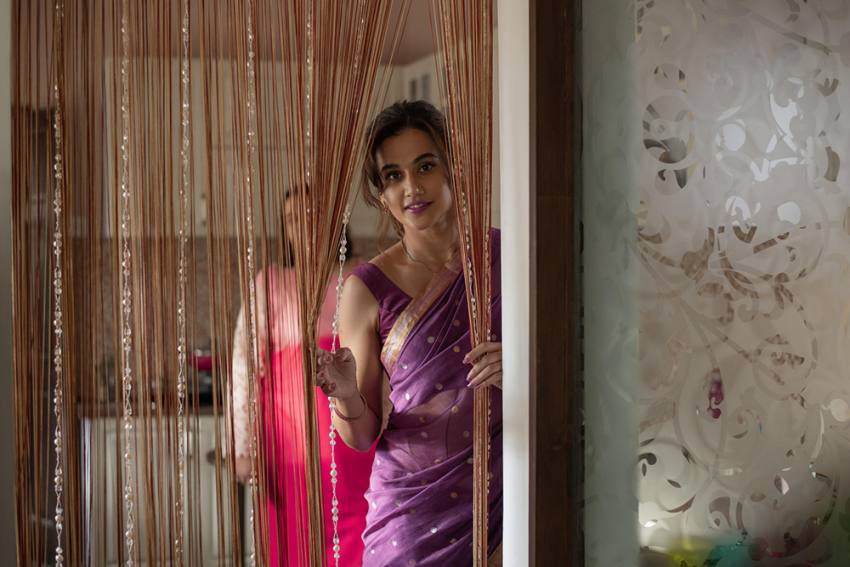 What would you expect in a 136 minute film if in less than 5 minutes into the opening scenes, you see a blast ripping off a man to smithereens in a house? Your mind would be all the more intrigued if you got to know that the man lying with a tattooed severed hand is none other than the male lead? And, as if this wasn’t enough, his wife is on trial for his murder!

For most of us this lurid tale of passion, love and revenge sets the tone for a rollercoaster ride when the wife of the dead is accused of the murder. But wait! While your expectations may veer in many directions, the opening credits highlighting Kanika Dhillon’s name as the creative mind behind the ‘Story, Screenplay & Dialogues’ of the film raises your hopes for something more than the ordinary for sure.

But Dhillon whose Manmarziyan, Kedarnath, Guilty established her as a force in Bollywood, disappoints us. She does have all the tropes in place, but only in bits and pieces. For most part of the film, she and director Vinil Mathew seem uncertain about which aspect of this triangular story of love, anger, passion and revenge to focus on.

Hindi fiction writer Dinesh Pandit has a loyalist fan in Rani (Tapsee Pandit) whose rather unconventional ways in a forced arranged marriage with Rishu Saxena (Vikrant Massey) look out of place. With explicit desires and demands of a beautician woman who also devours books, such as, ‘Hawas ka Aatank’ and ‘Kasauli Ka Atank, she expects much more from her seedha saadha employed with the electricity board engineer husband, who is so intimidated by her behaviour that he even asks, “What kind of a husband were you looking for?’ And, without too much of an effort, she says unhesitatingly, “Someone with a sense of humor…is dashing, naughty, madly in love, is also wild and passionate, and a little crazy too.” Hearing this, her inhibited spouse merely evades eye contact, and sheepishly says, “You need at least 5-6 men then, all at once Raniji.”

In the wake of their diametrically opposite views and mismatched ambitions, they drift apart even more. Rani, of course, whiles away time doing things that she desires. She tries her hand at coloring her father-in-law’s hair much to her mother-in-law’s shock, but remains decked up with little concern for any other household chores. She would have loved to go on their honeymoon but for Rishu’s indifference!

For many of these things rolled together in one fitfully intriguing tale, that is mostly smoothly narrated in parts, but employs too many digressions – that too quite trite – Dhillon cultivates more in the aforementioned two-minute conversation than in most parts of the story. Throughout, the contrast between the two is not suggestive, but repeatedly rubbed in much to our exasperation.

The story moves forward when a distant relative of the family, Neel (Harshvardhan Rane) – an adventure sports guide – comes to stay with the family and causes a dark disturbance in her life. He, at first sight itself, gets instantaneously besotted with Rani.  Yearning to fulfil her carnal desires, Rani too gives in, and is more than a willing partner in their sudden thirst for sex, love and togetherness. The change in her is palpable though no one in her family notices it. From someone who didn’t know how to prepare tea even, let alone know how to cook a proper meal (or fritters, as her mother-in-law taunts!) Rani transforms into a duty-bound housewife, and agrees to learn how to make mutton for Neel.

The rest of the film doesn’t move on its own with scenes and twists deliberately thrown in. Sadly, in all looks like trivia that only goes on confirm lack of cohesion and plot laziness. The screenplay rambles in many directions for long before one realises that the overall theme and premise is all about lack of passion on the one hand and sexual desire on the other.

Mathew tries hard to first create, and then handle any suspense that viewers may imagine the film to have, and supplies unspoken and unexpressed emotions as Rani as the key suspect gets quizzed by the police (the competent Aditya Srivastava, who is wasted!). It would have been far more compelling with a stronger actress but Pannu’s one-note expression is anti-climactic and concludes very predictably. When she tries to navigate her grief while answering queries about her fractious relationship with her husband, her attempts at underplaying (and not insisting on proving her innocence) at the police station are too premeditated and cautious, meant more for beguiling the audience than for the roving eyes at the police station. As a result, the characters end up as blunted depiction of a complex subject!

With all the skill in presentation as a slick piece of static entertainment that would love itself to be called ‘a mystery melodrama,’ all it manages to get categorised in would be a tragi-romance or a marital discord story that gets derailed by its weary storytelling. And, it isn't even a significant story for the purposes of cinema. After a vague accumulation of plausibility of a wife who longs for conjugal bliss and harmony, the story shifts gears and allows the husband to develop a melting heart and make up with his errant wife.

That is not to say entirely that it is without merit, though it never quite recaptures the hope and anticipation of its opening sequence!