Telugu actors Naga Chaitanya and Samantha Ruth Prabhu’s marriage hitting rock bottom has been in the news since quite some time, and now their social media interaction is getting their fans even more upset. 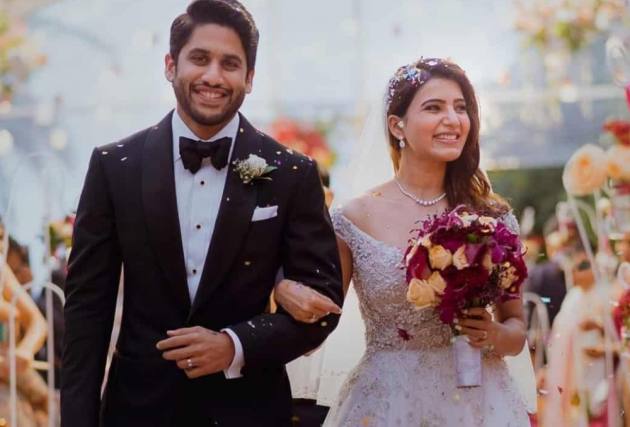 Actors Naga Chaitanya and Samantha Ruth Prabhu have been in the news the entire last week. The couple seems to have been having issues in their marriage, and that’s why they’ve been visiting the family court and also taking advice from a marriage counsellor. Now, they’ve just made things worse by their recent social media interaction, and that has left fans even more upset.

It so happened that the trailer of Chaitanya’s new movie Love Story was released, and Prabhu took to social media to share that and congratulate the entire team for a fab trailer. She tagged the leading lady in the movie Sai Pallav but didn’t tag her husband Naga Chaitanya.

Adding salt to the wound, Chaitanya retweeted his wife’s tweet and wrote, “Thanks Sam !! (sic).”

Usually, their tweets have hearts and other romantic emojis, but this one just had two exclamation marks, and that has gotten fans enraged, asking about where is the love between the two has gone! Here are a few of the fan reactions:

Be happy with Sam âÂ¤ chay if u have misunderstandings plz sort it out don't take bad decisions plz pic.twitter.com/6I3thwiiX0

Maa Sam is alone we are missing her bubbly smile please @chay_akkineni feel her pain try to understand her and be with her pic.twitter.com/mr6ckEl9oG

Replied sam instead of love or something pic.twitter.com/LOrxrGHdUb

Telugu superstar Nagarjuna, father of Naga Chaitanya, has been leaving no stone unturned to reconcile the couple, and solve their misunderstandings and differences. The couple has been keeping mum about the entire separation reports, and that is just going on to add weightage to the fact that what’s being written about them is actually the truth.