Despite being one of the finest actors ever, he fell on bad times in the 1970s when his films did not work, he battled depression, was lambasted for backing the Congress during the Emergency 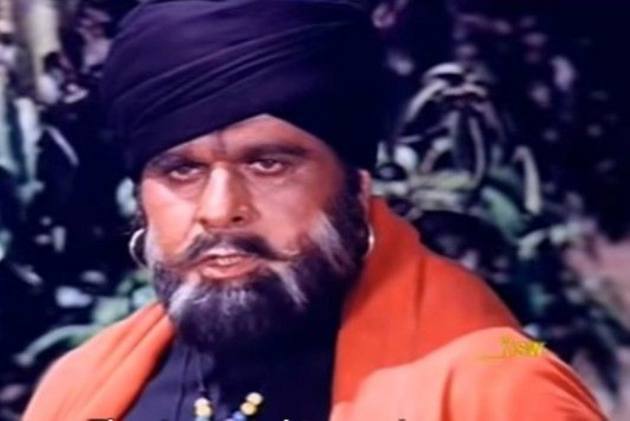 Dilip Kumar, the Kohinoor of Indian cinema, who breathed his last at 98 after a fulfilling life in Mumbai on July 7 may have had an illustrious career but there was a troubled decade when he had to face huge setbacks both in his personal and professional life.

It was a time when he was among other things told that he looked like journalist-author Khushwant Singh and acted like Kader Khan onscreen.

Despite being one of the finest actors ever, he fell on bad times in the 1970s when his films did not work, he battled depression, was lambasted for backing the Congress during the Emergency and even faced upheavals in his married life due to his second marriage.

He was the King of Hindi cinema until Ram Aur Shyam (1967) but when his films began to bomb at the box office one after another, he was accused by the critics of being repetitive. But for Sagina Mahto in Bengali and to some extent Gopi in Hindi, (both released in 1970), his films failed to create a buzz. It was only with Manoj Kumar’s Kranti (1981) that he staged a comeback, not as a leading man but in a powerful role of what was known as ‘character actor’ in the Bollywood parlance

Nevertheless, his return did not impress the critics enough. Kranti, Manoj Kumar’s overdramatic celluloid take on the unsung freedom fighters who had fought against the British, had Dilip playing the central role but his performance was roundly criticised by the critics. Devyani Chaubal, the gossip queen among Bombay’s film journalists who wrote a widely-read column, Frankly Speaking in Star & Style (now defunct) made light of his much-talked-about comeback, saying he at times looked like Khushwant Singh and also Kader Khan in the movie.

It was also the time when his the hush-hush marriage with Asma, a divorcee from Hyderabad, become a staple of film magazines, which were full of speculations about the reasons behind his equally hush-hush divorce to her later.

Dilip’s woes on the career front actually began with Sunghursh and Aadmi (both released in 1968), which he did after  his phenomenal Ram Aur Shyam, but both underperformed at the box office. In Sunghursh, it was a young Sanjeev Kumar who walked away with the honours, signalling his arrival as another powerhouse of talent like Dilip in Hindi cinema.

A phenomenon called Rajesh Khanna soon took the film industry by storm with major his like Aradhana and Do Raaste (both released in 1969). Dilip later banked on his ambitious Dastaan (1972) in a big way but its huge failure proved to be a such big setback that he reportedly fell into depression for a while. He tried to revive his fortunes by doing the Hindi version of Sagina Mahto as Sagina (1974) but it too did not pass muster with the audiences.

By that time, another phenomenon called Amitabh Bachchan had emerged on the scene after he played an angry young man in Zanzeer (1973). Ironically, the role of Zanjeer was originally offered to Dilip but like many others, including Dev Anand, Raj Kumar and Dharmendra, he also chose to turn it down. Dilip thereafter did an ambitious Bairaag, which took a long time before its release in 1976. It also found few takers at the ticket counters and forced Dilip to take a prolonged sabbatical.

All this while, he courted controversies for supporting the Congress during the Emergency. He not only helped the Youth Congress organise charity film concerts in support of Sanjay Gandhi’s policies but also went to Amethi to campaign for the Nehru-Gandhi scion when he contested the Lok Sabha elections from Amethi in 1977. By that time several film stars led by Dev Anand had already risen to protest against the draconian Emergency declared by the then prime minister Indira Gandhi. Actor-singer Kishore Kumar had even refused to sing at one such Congress programme, which led Doordarshan and All India radio to ban his songs for several months.

It was not as though Dilip had backed the Congress suddenly. A staunch supporter of Nehru’s policies from the very beginning, he had campaigned for V K Krishna Menon when he contested an election from a parliamentary seat in Mumbai in the early sixties. However, after the Congress defeat in the 1977 general elections, Dilip quietly returned to cinema and signed Kranti, offered by a highly successful actor-director of his time, Manoj Kumar.

Thankfully, despite all the criticism and cynicism of his critics, Kranti went on to become a blockbuster paving the way for the triumphant return of Dilip Kumar the Great on the centrestage.