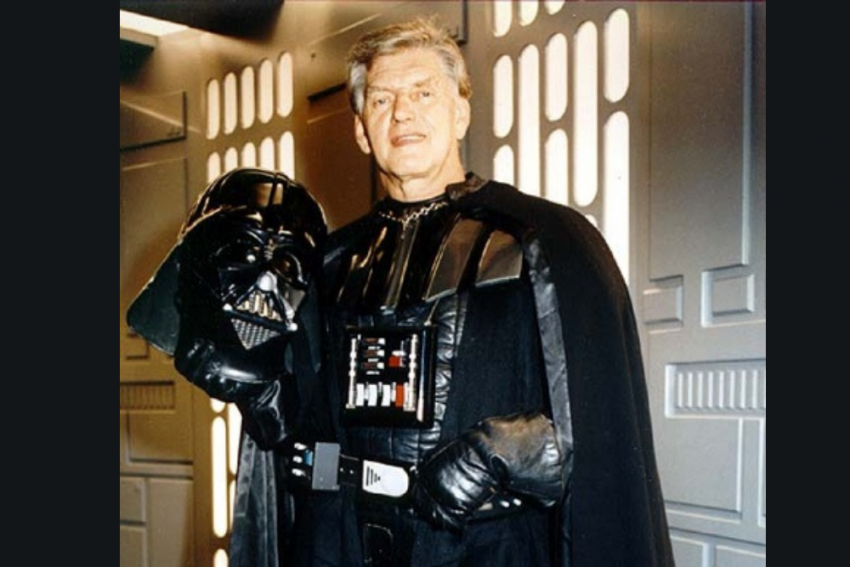 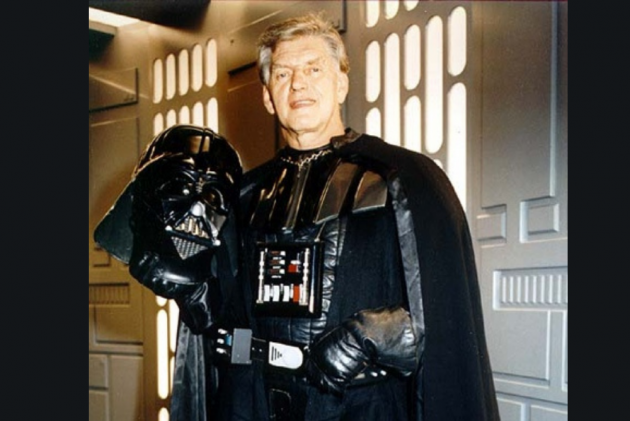 Actor David Prowse, best known for playing the role of Darth Vader in the original Star Wars trilogy, has died at the age of 85 following a brief illness, his agent said.

Prowse's agent Thomas Bowington confirmed the news of the actor's death on Saturday, while speaking to The Guardian. "It's with great regret and heart-wrenching sadness for us and millions of fans around the world, to announce that our client Dave Prowse MBE has passed away at the age of 85," Bowington said in a statement.

Taking to Facebook, Jason Joiner, an events producer who worked with Prowse, expressed his grief and remembered Prowse as a dedicated actor. "Dave was dedicated to meeting the fans for decades and lots of fans' first ever guest they met was Dave in the early days of Comic Cons and collators' events. Dave was larger than life and he will be so very much missed. Our love and thoughts go out to his family," Joiner said.

Mark Hamill, who played Prowse's on-screen son Luke Skywalker in the "Star Wars" films, paid rich tributes to the late actor on Twitter. "So sad to hear David Prowse has passed. He was a kind man & much more than Darth Vader. Actor-Husband-Father-Member of the Order of the British Empire-3 time British Weightlifting Champion & Safety Icon the Green Cross Code Man. He loved his fans as much as they loved him. #RIP (sic)," Hamill tweeted.

So sad to hear David Prowse has passed. He was a kind man & much more than Darth Vader. Actor-Husband-Father-Member of the Order of the British Empire-3 time British Weightlifting Champion & Safety Icon the Green Cross Code Man. He loved his fans as much as they loved him. #RIP pic.twitter.com/VbDrGu6iBz

Prowse had featured in a series of roles as monsters and villains before being invited by Star Wars’ director George Lucas to audition for the roles of Vader and the endearing Chewbacca. The actor chose to try out for the part of Vader, who went on to become one of the most iconic villains in popular culture, and when asked what was the secret behind his success, he had replied, "Everyone remembers the villain."

Prowse was the man behind the Vader mask for much of the Sith Lord's screen time and reputedly even got to speak his lines on set, though his west country accent was dubbed by American actor James Earl Jones.

Prowse had claimed that he was once told that he would be seen and heard at the end of 1983's Return of the Jedi, the final film in the original Star Wars trilogy, when Vader's mask is removed. Instead, British stage actor Sebastian Shaw was used by Lucas. Prowse and Lucas later fell out, leading to Prowse being banned from official Star Wars activities in 2010.

According to IMDB, Prowse was born in Bristol, UK in 1935, was raised by his mother and he reportedly never knew his father. He developed a passion for bodybuilding and weight training in his early teens and competed in Mr Universe competitions, where he became friends with Hollywood action star Arnold Schwarzenegger and actor Lou Ferrigno. Prowse won the British heavyweight weightlifting championship three times and was selected to represent England at the 1962 Commonwealth Games in Perth, Australia. He also shredded phone books under the stage-name Jack the Ripper.

Prowse made his feature film debut with 1967's Casino Royale, in which he played Frankenstein's Monster. He went on to pursue acting further in films such as Stanley Kubrick's A Clockwork Orange, a 1971 dystopian crime film, and many horror films from the UK-based Hammer Film Productions. Prowse personally trained Christopher Reeve for the role of Superman in 1978.

Prior to his role as Vader, Prowse had established himself as a prominent figure in British culture as the first Green Cross Code man, a character used in British road safety advertising aimed at children. He was awarded an MBE (Member of the Most Excellent Order of the British Empire) in 2000.

Being Part Of A Good Script Is A Priority, Not Screen Time: Sara Ali Khan