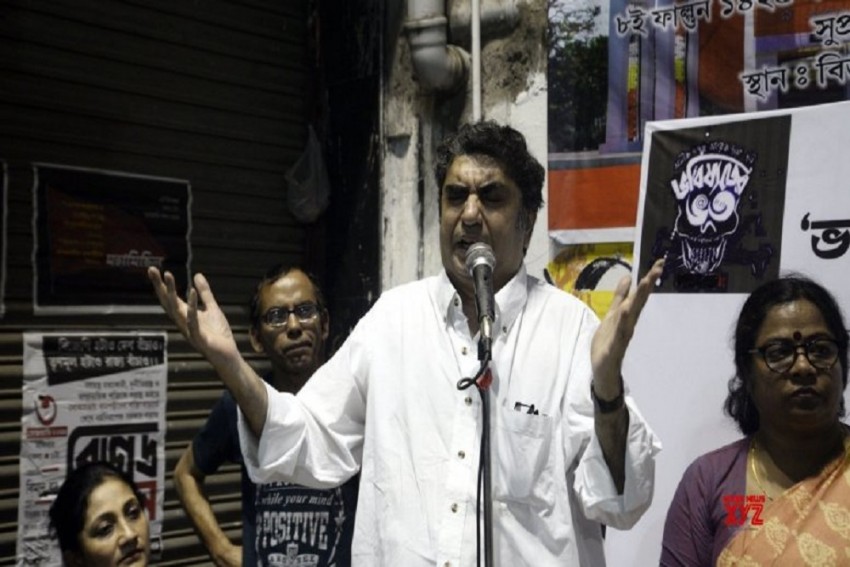 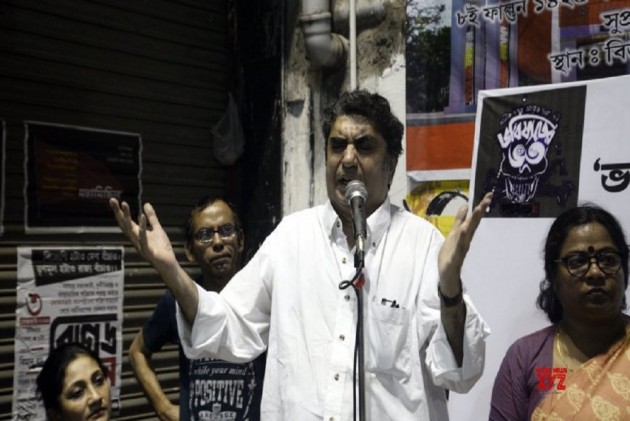 Actors, filmmakers and film buffs on Sunday hit the city streets protesting against the withdrawal of Anik Dutta's film "Bhobishyoter Bhoot (Ghost of the Future)" from almost all multiplexes and single-screen halls in West Bengal. They demanded that the film be immediately brought back to the theatres.

Several cinema enthusiasts and technicians of the Bengali film industry participated in the rally dressed as ghosts and shouted slogans against the West Bengal government and Chief Minister Mamata Banerjee for not taking any action against those who forced the film's withdrawal from theatres.

"According to the Constitution, no one can stop us from talking, protesting or making films. Whoever tries to do that should go to jail," Kripalani said, adding he wanted to take part in the rally as it was for protecting the freedom of speech.

Dutta said he was amazed by the response from industry colleagues and claimed those who had not shown up in support had "certain compulsions".

"The only weapon we have is social media. I am amazed at the response from people who have gathered here to support our film. I understand that many from the industry are not able to openly support our movement as they have certain compulsions. I respect their views," Dutta said and added, "Remember such attacks can happen on your art as well."

"It is high time that the so-called higher authority who forced hall owners to withdraw the film, take steps to bring it back to the theatre. Otherwise, people can end up protesting against them by pushing buttons (on the voting machines)," he said in a veiled reference to the state administration.

Actor-filmmaker Aparna Sen said banning a film passed by the censor board was synonymous to throttling freedom of speech and encouraging fascism.

A day after its release across 40 theatres in the state, on February 15 screening of the film was mysteriously stopped in most places.

The film, a socio-political satire, was apparently taken off by hall owners "following instructions from the higher authority" but no official communication of cancellation was sent to makers of the film.

A release from the film's production company revealed that prior to its release, the State Intelligence Unit wrote to the producer seeking a private screening on a priority basis, which was denied by the makers stating screening was beyond the jurisdiction and legal compliance of the police.