Rubbishing rumours that suggested that there was pressure on filmmaker SS Rajamouli to release his upcoming film on OTT platforms 'RRR', the makers issued a statement on Wednesday. 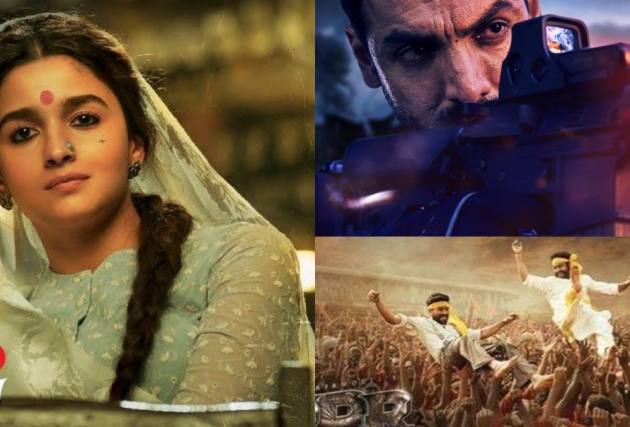 The Indian film production and distribution company, Pen Movies, released a statement on Wednesday, rubbishing rumours and news reports which had suggested that three of its upcoming films – 'Gangubai Kathiawadi', 'RRR' and 'Attack'—will release on OTT platforms. In the statement issued by the studios’ Chairman and MD, Jayantilal Gada said that all three films will release only in theatres since the “magnum opus films” were “made for big screen experience” only.

We would like to clarify that Gangubai Kathiawadi, RRR and Attack will release in cinemas.

"The studio requests the media publications to get in touch with them or with their official PR agency for future communication," the studio added in their statement.

Recently it was reported that director SS Rajamouli was under severe pressure from the producers and the distributors to release his upcoming film ‘RRR’, starring Ram Charan, NT Rama Rao Jr,. Alia Bhatt and Ajay Devgn, on OTT platforms, after its theatrical release was postponed from its original release on July 30. It is now scheduled to release in the theatres on October 13 in multiple languages including Telugu, Tamil, Hindi, Malayalam and Kannada.