Earlier actor Sidharth Malhotra was onboard the project, however, the makers have now decided to go with Aditya Roy Kapur instead. 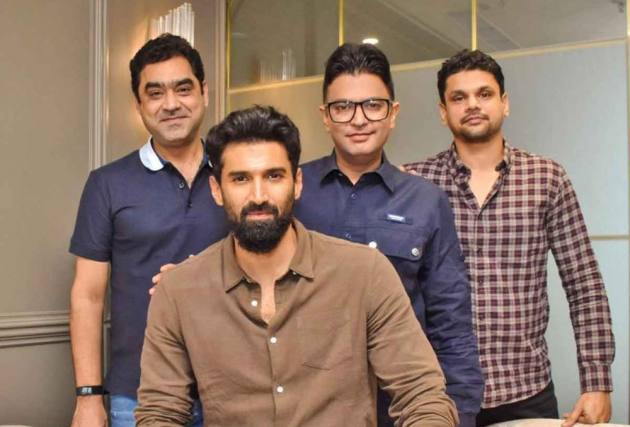 Actor Aditya Roy Kapur has replaced Sidharth Malhotra in the Hindi remake of the popular Tamil film ‘Thadam’. Kapur will be playing a double for the first time in his career, and will play the role played by actor Arjun Vijay in the Tamil version.

“I am inspired and excited to be part of telling such an interesting story. The original film was incredibly riveting and entertaining, and it left a lasting impression on me. As an actor, getting a chance to do a double role is double the preparation and double the challenge, and I’m certainly up for it!” he said.

The yet-to-be-titled movie which is said to be based on true events, will be produced by Bhushan Kumar and Murad Khetani.

“I look forward to collaborating with Bhushanji, Murad Bhai and Vardhan to bring this exciting thriller to the screen soon,” added Kapur.

Producer Murad Khetani also spoke about bankrolling the project and said that while he has been in awe of the Arun Vijay starrer, he was keen to make it for the Hindi audience.

“Aditya has been doing great work and his image as an action hero is being highly appreciated. Since our movie needed a strong personality like his, we reached out to him and he instantly agreed to come on board,” he added.

The movie is expected to hit the floors in September this year.

(With Inputs from Pinkvilla)