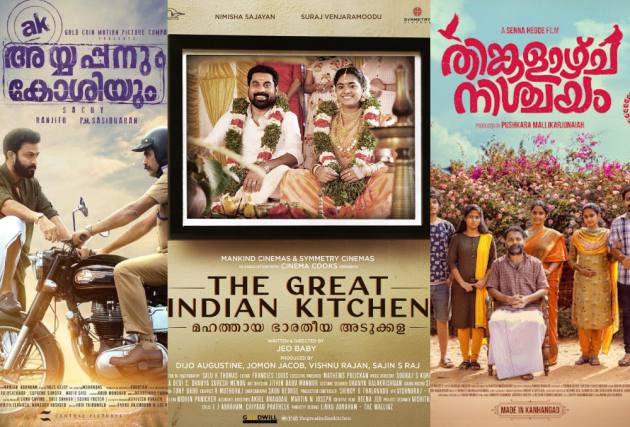 Saji Cheriyan, Kerala's Minister for Film Development Corporation and Chalachitra Academy revealed the winners of the Kerala State Film Awards 2020 on Saturday. Suhasini Maniratnam, an actor-filmmaker, presided over the jury for the 51st edition of the awards.

Despite all of the challenges posed by the pandemic, the festival saw as many as 80 films compete for prizes in several categories. The previous year, there were 119 submissions.

The prize for Best Film with Popular Appeal and Aesthetic Value went to late filmmaker K. R. Sachidanandan aka Sachy's hit film ‘Ayyappanum Koshiyum’. Jayasurya won Best Actor (Male) for his portrayal of an alcoholic in ‘Vellam’. And Anna Ben was named Best Actress (Female) for her work in ‘Kappela’.

Minister Saji Cheriyan stated that the awards and prize money will be distributed in December.

Special Jury mentions – Nalini Jameela for costume designing in 'Bharatapuzha', Nanjiamma for singing Kalakkatha in 'Ayyappanum Koshiyum' and actor Siji Pradeep for his performance in 'Bharathpuzha'.