India's Economic Growth May Touch 7 Per Cent In 2018: Report 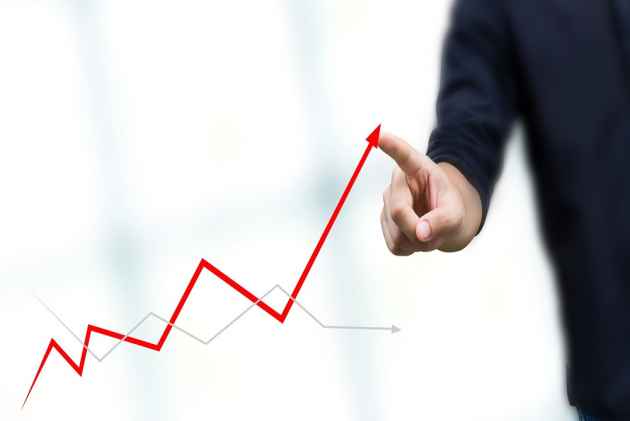 India's economic growth may touch 7 per cent next year as the government's policies tilt towards the country's stress-ridden rural landscape in the penultimate year before the 2019 general elections, according to a report.

"Against GDP growth of 6.3 per cent in the second quarter of 2017-18, the economic expansion may reach the crucial 7 per cent mark by the end of September 2018 quarter, while inflation may range between 4 to 5.5 per cent towards the second half of the next calendar year with the monsoon being a key imponderable," said Assocham in its Year-Ahead Outlook.

The chamber said its projections for the 7 per cent GDP growth are based upon the assumption of stability in the government policies, good Monsoon, pick-up in industrial activity and credit growth and stable foreign exchange rates.

The coming budget is expected to be heavily tilted towards the farmers while the industrial focus will be on the sectors which create jobs, it added.

"A realisation seems to be dawning that growth per se is not enough, the benefits must be seen in the form of higher employment. The year 2018 would see policies in this direction," it said, highlighting that the stress in the agriculture sector is traceable to lack of reforms in the rural economy.

Despite political promises, several states have not been able to reform the APMC (Agricultural Produce Marketing Committee Act), which restricts farmers to sell their produce to a particular set of cartels. Besides, the import-export policies for the agri products need to be revisited to help growers realise better prices, the chamber said.

However, according to Assocham, while the underlying bullish sentiment should continue to prevail in the Indian stock market in 2018, the returns on equity may not be as robust as in 2017.

This is because the 2017 bull run has already factored in the return of growth steadiness in 2018 and the corporate earnings witnessing a pick-up, it added.

Weak base of corporate earnings in sync with the lowering of GDP (gross domestic product) growth in later part of 2017 would also help the revival in the year ahead.

As for pick up in investment, the scenario should turn positive only in the third and fourth quarter of 2018-19, till then the current capacity surplus has to be absorbed and debts reduced, Assocham said.

It observed that in the run-up to the state assembly elections in several politically important states like Karnataka, Rajasthan, Chhattisgarh and Madhya Pradesh, after the high stake Gujarat polls, the political economy is set to tilt towards the farm sector which has been witnessing some stress.

According to the chamber, the external sector should continue to do well, with merchandise exports further gaining on the back of smart recovery being witnessed in the US and other important economies.