Here are the 25 best songs of the iconoclastic singer that might change your mind. 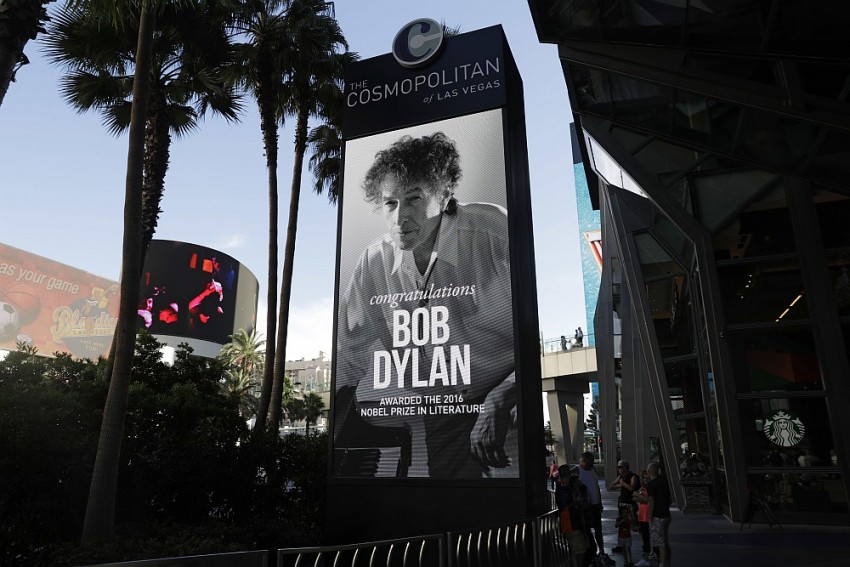 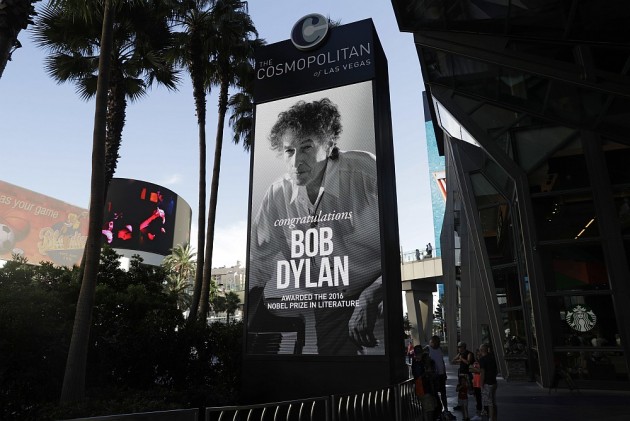 There's a first for everything. Even for a hallowed institution like the Swedish Academy. The Nobel Prize for Literature has been announced for rock artist Bob Dylan. He becomes the first songwriter ever to get the award. However, not everyone is a Dylanophile. So, here's a list of the best songs of the iconoclastic singer in reverse order, which will help you navigate around his world of music.

A cynical take on the women in Bob Dylan's life, the song was probably based on both Edie Sedgwick, heiress and socialite, and Joan Baez, the country music singer. But Dylan sings it with a bit of irony, and lots of love. Several critics, especially women ones, have found the lyrics misogynist.

Written about Jesse Dylan a few years after he was born, and could also apply to other children of Dylan, this song shines through with a father's love and best wishes for his son. The song first appeared on the compilation album Biograph and had two versions in Planet Waves.

The song was covered most famously by Eric Clapton and Guns 'n' Roses, but was originally written and performed by Dylan for the Western movie Pat Garrett and Billy The Kid in which Dylan played a big role. It tells the story of a dying sheriff.

4. Blowin In The Wind

Became a protest song and a favourite of the anti-Vietnam war brigade, the song has simple yet powerful lyrics. Dylan, however, insisted that it was not a protest song. The number was folksy and had a catchy, lilting tune.

Supposedly about a drug deal, this song is famous for its dreamy and complicated lyrics. Dylan clarified that it was just about a man who played the tambourine. But critics have found echoes of the poet Rimbaud, who Dylan read in the 1960s.

The song featured a return to form for Dylan and was on the soundtrack of Wonder Boys. It won the Oscar for Dylan and also a Golden Globe.

Another one of the Civil Rights anthems of 1960s, the song has Dylan siding with the underdog and warning that the wheel is still in spin. The tumble of lyrics is a sensation seldom matched by any song of any artist.

The lyrics were written to the song in public domain 'Who's Gonna Buy Your Chickens When I'm Gone'. As is practice, Dylan based his song on the already existing tune. It is one of his most covered songs. It appeared on his breakthrough album, The Freewheelin' Dylan.

9. Every Grain Of Sand

Deriving much of the song from Biblical verses and on the concepts of faith and spirituality, Dylan featured this song in his born again Christian album, Shot Of Love. The lyrics mention both Cain and Christ and speaks of action and consequence.

The song was first included in 1966 album Blonde On Blonde, which is often cited as a favourite of both critics and fans. The song's lyrics prompted a movement to get a Nobel prize in literature for Dylan, which he has gone and done now. It is one of Dylan's many songs that are hard to decipher and represent a fractured consciousness. The song, however, has a cult following among Dylanophiles.

This song is the final one on Dylan's sixth album Highway 61 Revisited and runs for over 11 minutes. The song talks of Cinderella, Albert Einstein, Bette Davis, Romeo and Robin Hood. It was considered Dylan's among most ambitious songs till then.

Dylan considered it among his most important and often performed it live. The tune is simple, but the lyrics are among his most complex. It was Dylan lashing out at consumerism, hypocrisy and war mongering. The song is full of quotable quotes. Critics have pointed out at the apocalyptical images that open the song. It is also one of the many songs in which Dylan's unmistakable twang is at its most prominent.

The troubadour sings of his love, who is true like ice, like fire. He sings her praise and points out how unique she is. The song was meant as a tribute to future wife Sara Lowndes. It was influenced by the poems of Edgar Allan Poe and William Blake.

One of the finest songs taken out of the newspaper, as Dylan announces in a live recording. It is awesome how Dylan embellishes the number and put in its racial and class context. The song is about a rich tobacco farmer, who beats up a black servant and kills her in the process. He gets away with a fine and six months' sentence.

15. All Along The Watchtower

The song is supposedly anti-war, but you can never quite pin the tag on. The song is just 12 lines and is a conversation between a joker and a thief, both of which are said to represent two different personalities of Dylan.

The song was released a few days ahead of the Cuban missile crisis and if often thought to have been on the mark about the incident. The imagery is apocalyptical, abstract and lyrical. It was Dylan warning of a dystopian future.

The song is bitter and eviscerating about fleeting friendships, the kind almost anyone of Dylan's listeners can identify with. With cold, biting lyrics, Dylan delivers a stinging criticism of said friend.

It is one of the few songs from Dylan's 1960s discography, which has a video to it. It first appeared on a documentary made by DA Pennebaker. The songwriting is again quite complex and it is simply hard to get what the dense lyrics means, but there is a strange mystical quality to it, which attracts the listener.

The searing number is intensely personal, and is a distant throw from the early political songs. It talks of a couple who keep running into each other. The rhyming in this song is among some of the best that Dylan ever came up with.

It is about the African-American boxer John "Hurricane" Carter and how he was held and tried unfairly in a murder case. The song gathered momentum and reached it peak as Carter tried to extricate himself. The song is written like a ballad with electrifying lyrics.

21. The Girl From North Country

It is probably the simplest love song written by Dylan. Inspired by Suze Rotolo, who appears arm-in-arm with Dylan on the cover of Freewheelin' Dylan, the song asks the listener to look up the girl who was once a true love of the singer.

This song is harsh on the war mongering mob and is from Dylan's protest era. During this phase, the artiste was stringently against the arms pile-up of the Cold War of the 1960s. Dylan himself called the song pacifist and not anti-war.

Another extraordinary love song from the master. It sets up the lead couple mentioned in the lyrics for tragedy as they did not watch out for fate. Apart from Blood On The Track, the song also was featured in the live album, At Budokan.

When you listen to this love song, you know why Dylan was so happy with the production of Blonde On Blonde. This song also captures the "wild mercurial" sound of the album. The song is simple, yet Dylan's performance on this track is hard to beat.

Neatly cleaved the times after the before the song into two. When you finally get it, and that is hard to do, it hits you viscerally in the stomach. Even as the crowd bays Judas, Dylan just rips through this song. Hard to see what the big deal was now, but this was a landmark in all of Rock.

Why Bollywood Isn't Growing As It Should