Donald Trump Says Climate Change Is Not A 'Hoax'

Trump accused scientists of having a "very big political agenda" and asserted that he does not want to put the US, the second-largest emitter of greenhouse gasses, at a disadvantage in responding to climate change. 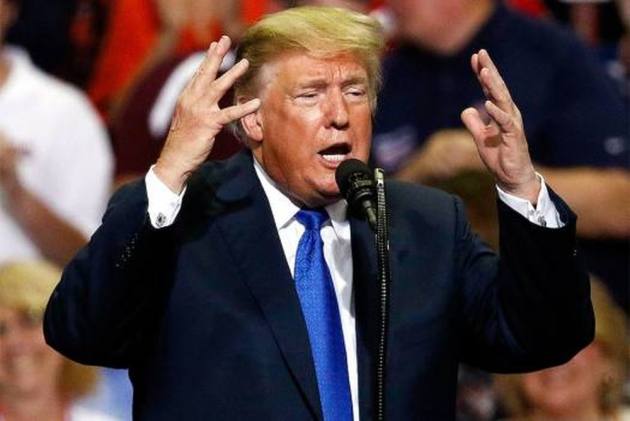 In an interview with CBS News '60 Minutes', US President Donald Trump on Sunday contradicted his own statement on climate change, saying that it isn't a 'hoax'. He added that it's not man-made with permanent impacts and climate will "change back again".

In the interview, Trump accused scientists of having a "very big political agenda" and asserted that he does not want to put the US, the second-largest emitter of greenhouse gasses, at a disadvantage in responding to climate change.

Asked whether he still thinks climate change is a hoax, Trump said, “I think something's happening. Something's changing and it'll change back again. I don't think it's a hoax, I think there's probably a difference. But I don't know that it's manmade."

Trump, who had previously called the climate change a "hoax", in June last year pulled the US out of the historic Paris Agreement on climate change arguing that deal agreed by more than 190 nations unfairly benefited countries like India and China and hit American economy and jobs.

When asked if he could go to Greenland, watch these huge chunks of ice just falling into the ocean, raising the sea levels, Trump said one doesn't know whether or not that would have happened with or without man.

"I'm not denying climate change. But it could very well go back. You know, we're talkin' about over a millions of years."

Trump accused scientists who say hurricanes are getting more frequent and intense because of climate change of having "a very big political agenda".

"They say that we had hurricanes that were far worse than what we just had with Michael,” Trump said.

“You'd have to show me the scientists because they have a very big political agenda,” he said.