'My complaint against Rahul Gandhi is that he is not acting… decisively. I have told him a number of times. Sometimes, he gets angry when I keep repeating the same thing,' he told the newspaper 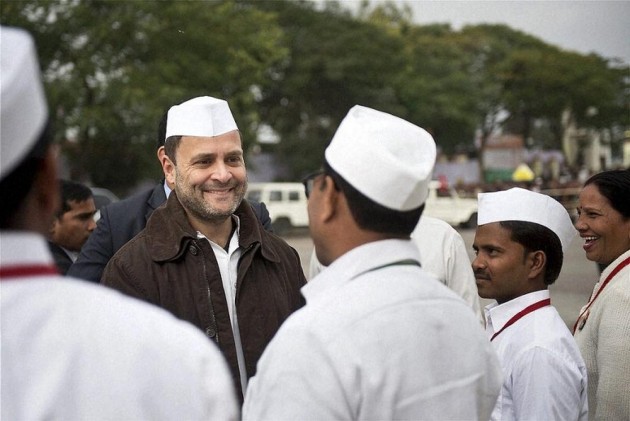 After drawing flak for his apparent indecision which led to the Congress failing to form a government in Goa, senior Congress leader Digvijaya Singh has now seemingly pointed a curled finger in the direction of party VP Rahul Gandhi, accusing him of being indecisive.

Singh was speaking at an event organised by The Indian Express and said that the party needed a new charter, a new plan and a new way of campaigning. He added that Gandhi, whom many within the Congress want as party-head, should be acting more decisively. Singh added that the only person that could helm this change was Rahul Gandhi.

He however, reportedly added: “He has to act… My complaint against Rahul Gandhi is that he is not acting… decisively. I have told him a number of times. Sometimes, he gets angry when I keep repeating the same thing.”

The senior Congressman was also said to be disappointed that the party had not implemented the A.K. Antony report which sought to revamp the grand old party after a rout in the 2014 general elections.

Singh has come under criticism from some Congress MLAs in Goa who said he was responsible for the fact that the party could not muster enough support in the Assembly to form the government. The party had 17 MLAs while the BJP had only 13 with the number for a majority being 21.

The Congress was the single-largest party in Manipur too, with the party winning 28 seats to the BJP's 21.

The statement by Singh could be seen as him absolving himself of the blame for the party’s failure and laying it at Gandhi’s feet.

The Congress could only form the government in Punjab out of the five states that went to polls this year. They were routed in Uttar Pradesh, failed in Uttarakhand and could not muster enough support in Goa and Manipur despite winning more seats than the BJP.